Thomas Chabot was named the best player at the world junior hockey championship, but the accolades couldn't temper the sting of losing the gold-medal game.

The Canadian defenceman was selected as the most valuable player at the under-20 tournament just moments after Canada lost the final 5-4 in a shootout against the United Sates on Thursday.

Chabot was also chosen the best defenceman of the tournament and best player of the final.

"That's the last thing on my mind," said a distraught Chabot after the loss. "It's definitely a bonus at the end of the day to be rewarded for my efforts, but we didn't get the result that we wanted. That's all that matters."

The 19-year-old Chabot was dominant throughout the tournament. The offensive-minded defenceman often drove the play for the Canadians while putting on a show for the fans.

He finished the tournament with 10 points – the most by any blueliner.

The native of Sainte-Marie, Que., was also the only defenceman to record at least one point in every single game during the two-week tournament.

"He was great, he was dominant," said head coach Dominique Ducharme of his top defenceman. "He was good offensively and defensively, shutting down the best players on the other side. He was just tremendous all tournament.

"He was a great leader for us. They named him MVP and he deserves it. I'm happy for him."

In Thursday's gold-medal game, the Ottawa Senators prospect was on the ice more often than not. He played 43:53 – more than half the game – including 11:06 in the 20-minute overtime period. The six-foot-two Chabot finished the game with a goal and an assist.

"With the fans cheering in the crowd, I don't think I would have ever run out of energy," said Chabot, who was drafted 18th overall by Ottawa in 2015.

With time winding down in overtime, Chabot saved a sure goal by poking the puck out of the crease right before American forward Jordan Greenway got his stick on it.

It didn't matter in the end, as the Canadians failed to score on goalie Tyler Parsons in the shootout. Chabot had to watch his hockey rivals celebrate on his home turf.

"I just sat on the bench and I couldn't believe my eyes," said Chabot after teammate Nicolas Roy failed to score on the fifth and final shootout attempt. "We had so many chances in overtime. That's what tears me up. I don't want to take anything away from them [the Americans], but if there was a second overtime period, it may have changed things. Those are the rules, but it's tough to lose that way.

"At the end of the day, we lost the gold-medal game in a shootout. We have to keep our heads up high. We accomplished something here. We made it to the final and we know how difficult that is. We didn't get the result we wanted but we have to be proud of our accomplishments."

Chabot, who plays for the Saint John Sea Dogs in the Quebec Major Junior Hockey League, was one of five returning players for Team Canada. In last year's tournament, he finished with three assists in five games but couldn't help his team win a medal as the Canadians finished sixth.

"We wanted to enter this year's tournament and correct what we did wrong last year," Chabot said. "Night after night, I did everything I could to help my team and represent my country as best as I could." 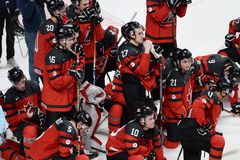 Preview: Canada out for revenge as they fight Team USA for world junior gold
January 5, 2017 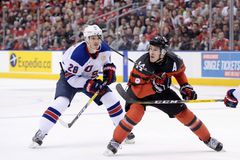 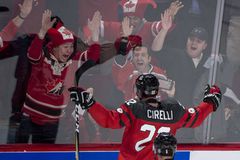