It didn't make the headlines – when to introduce bodychecking took care of that – but there is more to the survey released this week by the Rick Hansen Institute than when 12-year-old hockey players should be allowed to hit each other.

One of the online questions put to the 2,017 Canadian adults by pollster Angus Reid asked about the size of the ice surface.

"If," the question went, "it meant reducing the rate of traumatic head, neck or back injuries, would you support widening the ice surface for hockey?"

Of the 1,013 who made up the "All Canadians" sample – accurate to plus or minus 3.1 per cent – only 7 per cent were against tampering with the traditional North American (and NHL) ice surface of 200 feet by 85 feet.

On the other hand, 41 per cent were keen on moving to the Olympic/international ice surface (15 feet wider), while 13 per cent favoured widening by 10 feet, and another 13 per cent would like to see the ice five feet wider. That's two out of three Canadians in favour of bigger ice. (Roughly one quarter, 27 per cent, weren't sure.)

In a separate sample group of 502 hockey parents, 46 per cent wanted Olympic ice, 16 per cent the 10-foot expansion, and 12 per cent went for five more feet. That's three-quarters of hockey parents in favour of bigger ice.

The sample of self-identified hockey fans were the same: three out of four in favour.

We have known for a decade that there are fewer collisions on the Olympic ice than on the NHL ice. In 2004, Toronto Western Hospital neurologist Dr. Richard Wennberg published a study that analyzed video from two recent Stanley Cup finals and compared them to play at the world junior championship and Olympics on the larger ice.

The average NHL playoff game had 264 hits; the average international game 170. The intensity of a Stanley Cup final accounts for some discrepancy, but international playoff hockey can be intense as well.

There is undeniably a difference, as confirmed a year ago by Alexei Kovalev, who returned to Moscow to play following 18 seasons in the NHL.

"There is more space and more room for players that can be hurt [to] get away and skate away from getting injured," Kovalev told the CBC.

"Players today are much bigger, faster and stronger than they were even a generation ago," says Bill Barrable, chief executive officer of the Rick Hansen Institute, "and the risk has increased with this trend."

The current rash of injuries, including concussions, in the NHL has a great many wondering about what can be done to better protect the players. Some are blaming the shortened season – little time between games, players not in midseason shape, the desperation brought on by accelerated playoff drives – but this does not explain away the previous seasons when injuries, especially those to the head, were a constant topic of conversation.

"None of this is going away until we make the ice bigger," Detroit Red Wings coach Mike Babcock said the other day.

No one – certainly not Babcock – expects this to happen. The NHL had its opportunity in the 1990s, when dozens of rinks were either built or refurbished, and elected not to go to the larger ice surface. Traditionalists wanted no change; owners wanted to keep as many premium-priced seats as possible.

Traditionalists are as silly as owners are greedy. The NHL regulation size pretty much mirrors the Montreal rink where the first organized game was played in 1875. Up until recent years, uniformity was not demanded, as anyone who was ever in the old Boston Garden will know

As for Olympic tradition, it's worth noting that the first Olympic hockey competition, held in Antwerp in 1920, took place on a rink measuring barely 165 feet by 58 1/2 feet.

Where it might make good sense to expand the rink size – or, conversely, lower the number of skaters per side to four – is in responsibility for injuries.

The Rick Hansen Institute questionnaire dared ask if those "minor hockey associations which do not eliminate bodychecking should be held liable for health care and other related costs?"

Among all Canadians, 66 per cent said they should, while only 23 per cent thought the associations should not be held liable. "Not sure" accounted for 11 per cent.

Those who counted themselves hockey fans also agreed that associations should be responsible, with 60 per cent saying they should be liable, 32 per cent against it and 8 per cent not sure.

Hockey parents were split: 47 per cent in agreement, 46 per cent against, 8 per cent not sure.

What everyone is sure of is that this debate will not go away. Professional football is already reeling from various class-action lawsuits launched by former players who feel they deserved better protection.

And hockey is not a law-free zone, despite so much evidence that suggests it is. 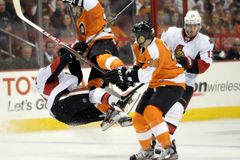 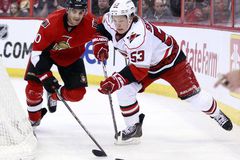 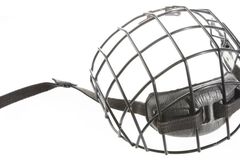 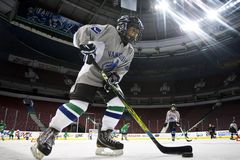 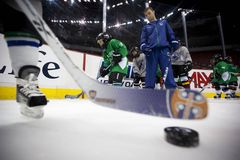 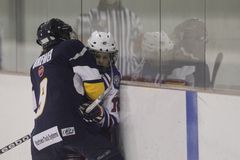 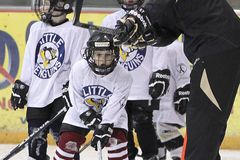