Debate raged Thursday on whether Montreal Canadiens coach Michel Therrien should be axed after he pinned the blame for his team's latest defeat on star defenceman P.K. Subban.

General manager Marc Bergevin's clear statement on Jan. 21 that Therrien will at least finish the season in Montreal has been put to the test as strident calls came for the fourth-year coach to be fired on social media, and in traditional media as well.

The Canadiens cancelled a scheduled afternoon practice, so no players or coaches were available for comment.

The team that began the season on a 19-4-3 tear has gone into a free fall and the discontent among fans spiked with a 3-2 loss to the Avalanche in Colorado on Wednesday night.

With about three minutes left and the game tied 2-2, Subban tried to go around Colorado's Mikhail Grigorenko, but was poke-checked and fell to the ice. Grigorenko started a three-man rush the other way that led to Jarome Iginla's game-winning goal.

"The team worked hard. We deserved a better result," Therrien said after the game. "It's too bad an individual mistake cost us the game late in the game."

Asked to elaborate, he said: "We believe that, as a coach, he [Subban] could have made a better decision at the blueline. He put himself in a tough position. We play as a team. When we don't we could be in trouble and this is what happened."

Subban said he didn't sense any danger on the play until he "lost an edge" trying to beat Grigorenko.

"It doesn't happen to me too often but it sucks that that's the winning goal," he said. "If I do that play all over again and don't lose an edge, I probably take it down the wall and create something."

It led to a three-against-three situation in the Montreal end in which captain Max Pacioretty was caught covering no one as Matt Duchene fed Grigorenko, who slipped the puck to Iginla for a tap-in from the edge of the crease at 17:59.

Neither Subban nor Pacioretty was on the ice as the Canadiens pressed for the equalizer in the final minute, but it was the flamboyant defenceman who was singled out. Therrien took heat for not having his best on the ice when there was still time to tie the game and force overtime.

On social media, many blamed Subban for making a selfish play, but just as many defended the team's scoring leader and top offensive weapon, saying the Canadiens need wins for any hope of making the playoffs and it is up to the club's best players to try to make it happen.

Subban, who leads Montreal with 44 points, one more than centre Tomas Plekanec, has been on the ice for 95 of his team's goals this season, fifth-best in the NHL. He has also been the team's hottest player, with 18 points in 21 games since Jan. 1.

The 2013 Norris Trophy winner as the league's best defenceman attracts attention with his stylish clothes and love of the spotlight that is either hailed as refreshing in a traditionally low-key sport or slammed as egomania.

Subban told La Presse he expected to be panned for his mistake, but that he always has the team's success at heart.

Since their hot start ended Dec. 3, the Canadiens, who finished second over all in the NHL last season, have gone 8-32-1 and have dropped into a tie with the Ottawa Senators for fifth place in the Atlantic Division, six points out of a playoff position. 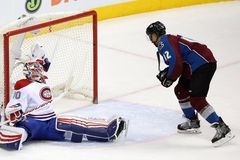 Free-falling Canadiens turn on each other amid dismal, divided season
February 17, 2016 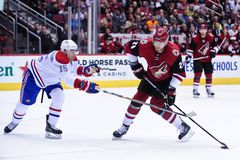 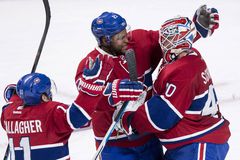 No quick remedy for what ails the Montreal Canadiens
February 5, 2016 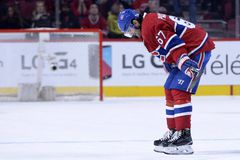