When a pronouncement carries the whiff of a non-decision, minor circuses become inevitable.

This is particularly true when it comes to topics of weighty symbolism such as, say, the captaincy of the Montreal Canadiens.

Naming four alternate captains – Andrei Markov, Tomas Plekanec, P.K. Subban and Max Pacioretty – rather than appointing one guy to the big job feels like a satisfy-no-one compromise concocted by an organization with a serious aversion to boldness.

Who knows, that may be exactly what it is.

It could also be a way for a coach to consolidate his authority, or a sop to Subban's supposed critics in the dressing room, or how about a sort of leadership Hunger Games that will unfurl over the next 82 games and playoffs. There can be only one winner! Losing means certain death!

There is a simpler explanation. The player most clearly deserving of the "C" on his jersey – and the man both hierarchy and rank-and-file could immediately agree on if teams still voted on such things – isn't allowed to wear one because of league rules.

All the talk about whether this is P.K.'s room, or Max's room or – why not – Brendan Gallagher's room ignores the fact the alpha wolf in this pack is a 27-year-old netminder from backcountry British Columbia.

As Pacioretty said of Carey Price during Montreal's playoff upset of the Boston Bruins last spring, "he's the guy on this team."

Asked whether he would consider appointing Price if such things were allowed, general manager Marc Bergevin quickly cut the question short: "I can't."

The Habs have had goalie captains in the past. Bill Durnan held the job as recently as 1948, which is when the league changed its rules amid anxious piffle about him taking too long to skate back to his net after haranguing refs (how this differs from a position player's time-wasting is not clear).

The Vancouver Canucks came up with a dodge in 2008, making Roberto Luongo their captain everywhere but on the ice; he wore a small "C" on his mask but didn't deal with refs or take ceremonial faceoffs. It wasn't an altogether happy experiment.

"Personally, I think a letter is more ceremonial than anything," he said, joking that "it's just a reason to go talk to the referee."

Leadership, he continued, comes from all sorts of different quarters, not all them involving men of letters.

Bergevin concurred, saying "you don't need a letter to be a leader."

Okay, in that case why give them out?

Of the major North American pro sports, hockey is a throwback with its myth-making around the team captain – a clean-living leader of men, an uber-competitor, ideally with Hall of Fame talent.

And yet seven of the league's 30 teams – nearly a quarter of the league – entered September without a captain. That the New York Rangers appear poised to name former Habs prospect Ryan McDonagh will doubtless be galling to Montreal fans.

In some cases, it has to do with coaches deciding their incumbent wasn't up to snuff (San Jose), in others it's because captains depart via free agency (Montreal), buyout (Florida) or trade (Ottawa).

Observing the broader trend of "C"-adorned players in the NHL, the prevailing ethos prizes character and resolve. Oh, and message discipline. Teams tend to pick stalwart players who can be relied upon to not say anything stupid or, failing that, interesting.

It might help explain why the Habs wouldn't just appoint Subban, the allegedly divisive face of the franchise, who despite his virtuosity with clichés is prone to occasionally veering off into originality. Or Pacioretty, who has a well-documented blunt streak.

Perhaps it's why the Ottawa Senators are dawdling over giving free-spirited Erik Karlsson, comfortably their best player, the "C."

The Habs' decision not to hand the keys – and the permanent spotlight – to Subban, the team's best and highest-paid position player, Pacioretty, its top scorer, or Plekanec and Markov, its most influential veterans, is being sold as a smooth transition between old and new faces.

That's a suspect justification, quite frankly – it would have been less disruptive to pick a veteran. They might also have argued that the last time the team didn't have a captain, it went to the 2010 Eastern Conference Final.

In case you're wondering, the last team to win a Stanley Cup with a vacant captaincy was the 1971-72 Boston Bruins, who also had four alternates, none of whom was named Bobby Orr.

Both Bergevin and coach Michel Therrien debunked the notion this upcoming season is an on-the-job audition for Subban and Pacioretty (who wore an "A" last season during the injury absence of the now-departed Josh Gorges).

The main benefit from the cynic's standpoint is the announcement about the non-captaincy of the NHL's oldest franchise relegated other more pressing questions to afterthought status.

As in: How good are these guys actually going to be this year? 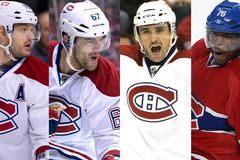 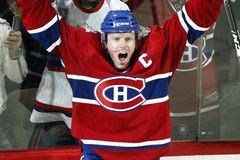 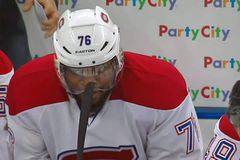