Nattily clad in a blue and white checked shirt, Marc Bergevin stepped before a CH-emblazoned lectern at 6:15 p.m. on the dot in an attempt to explain the inexplicable.

The Montreal Canadiens had just traded P.K. Subban, their most beloved player in a generation, a sunny, gregarious Toronto native who became an adopted son to a city and province. And who less than a year ago pledged a $10-million philanthropic gift to the Montreal Children's Hospital – an act of generosity without precedent for a professional athlete in this country.

Reading from a statement, Bergevin got his rationale out of the way quickly: "We have concluded a major transaction that I am convinced will make the Montreal Canadiens a better team."

That would be the acquisition of Team Canada stalwart Shea Weber, veteran captain of the Nashville Predators.

Alluding to it as "the most difficult decision of my career," Bergevin laid out Weber's credentials – a league-high 14 power-play goals last year, physical toughness, take-no-quarter leadership.

He did so rationally, calmly, deliberately.

Meanwhile, on social media, talk radio and in bars and living rooms everywhere, Habs fans were losing their minds.

It counted as a polite remonstration compared with some of the vitriol sent his way.

Just before Bergevin stepped before the television lights at the Habs' practice facility, a father and his pre-teen son – the latter wearing a Subban T-shirt – sat in rinkside chairs, looking glumly at the ice.

"This bothers me a lot, it sucks. On a scale of 10, I'm past nine and heading toward 10," said Rémi Gsuoulet, as his son, Nolan, nodded solemnly.

Again, this amounts to a measured reaction relative to the ambient hysteria.

After all, the swashbuckling, crowd-pleasing Subban isn't just another hockey player.

Since establishing himself as an NHL player in the 2010 playoffs, the 27-year-old – who became the highest-paid player in franchise history after the 2014 season when he signed an eight-year, $72-million (U.S.) contract – has captured the imagination of one of the most impassioned fan bases in North American pro sport.

Goaltender Carey Price is the club's uncontested leader and one of the most revered athletes in Montreal's recent history, but Subban was the people's champion, an irrepressible, larger-than-life personality who was the closest thing the Habs had to a spiritual heir to bygone heroes such as Guy Lafleur, Jean Béliveau, and Maurice Richard.

So yeah, it might take a while for "le peuple" to get over this one.

Judging by the immediate reaction, June 29, 2016, has rocketed onto the list of Habs days of infamy, up there with the feckless dumping of goaltender Patrick Roy and the casting aside of the sainted Lafleur.

Bergevin knows this, of course.

"I understand the reaction, but I don't think it will take very long for people to appreciate Shea Weber," he said, calling Subban a "special individual and a talented player."

He may be right.

In the meantime, Subban's departure casts his previous acrimonious contract negotiations and rumoured friction with teammates in a new light.

Some will see Subban's exit as the club siding with coach Michel Therrien, who never shied away from criticizing Subban publicly, rather than its best skater.

Here's what Bergevin had to say about all that: "I think it was all blown out of proportion because of Montreal, the market, we always have to make a story when there isn't any. Yes, P.K. is different, we're not going to hide that, but there was never an issue, never a problem."

Hockey isn't exactly a haven for non-conformists like Subban, and the reserved, modest Weber is surely more temperamentally in tune with the Habs' old-school coach and front office.

Bergevin and his hockey department are also patently convinced Weber, who turns 31 in August and is under contract for 10 more years, is the better player.

Many in the analytics community would argue otherwise.

The counting stats also tilt in favour of Nashville: Subban is second only to Ottawa's Erik Karlsson in scoring by defencemen since 2012 and is a possession-driving machine.

The British Columbia-born Weber is more aligned with the traditional vision of what makes defencemen great: steady, hard-nosed.

The deal was born last Friday in Buffalo, when Nashville GM David Poile brought up Weber's name. The two agreed to revisit the discussion on Tuesday, and quickly reached agreement.

Subban's no-movement clause would have gone into effect on July 1, the same day Nashville was due to pay Weber an $8-million bonus.

Bergevin said those were not overriding considerations.

"If P.K. was going to be with the Montreal Canadiens on July 1, we had no problem with that at all. I was not like, 'Oh my God, I've got to get rid of P.K.,' that was never the case," said Bergevin, who repeated that he "never shopped" Subban.

In a sense, Bergevin's decision to go the more traditional route in acquiring Weber is a radical move.

Last year's disastrous collapse – the Habs led the league in late November and missed the playoffs – has ratcheted up the pressure on a manager often deemed too conservative for his own good.

Trading an elite talent in his prime for a veteran who has played nearly twice as many games – albeit one who has already been paid $56-million of his $110-million deal – is anything but, and Bergevin understands the stakes.

"I accept responsibility for my decisions, in my job if you're not willing to do that, you're in the wrong chair," Bergevin said.

The last image Montreal fans will have of Subban is of him leaving the ice on a stretcher on March 10, courtesy of a collision with a teammate.

The man himself, who is on holidays in France, uploaded a short video message to the Internet to thank his fans in Montreal – "Thank you so much you guys, I love you guys" – and reaffirmed his commitment to the hospital.

In a conference call with reporters, he gently slid the shiv into his former team, expressing pleasure at joining a team that wanted him, and adding he felt closer than ever to winning a Stanley Cup.

"I'm just happy to be in a situation where I can excel and feel good about myself coming to the rink every day," he said. 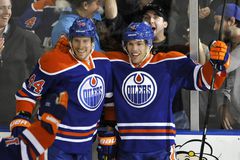 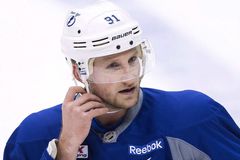 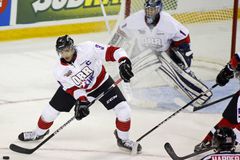