Daniel Sedin did not hesitate when asked whether he would like to see the B.C. Place Stadium roof open or closed for the NHL's Heritage Classic next March.

"Open, for sure," said Sedin after a news conference in which he and a couple of other Vancouver Canucks helped launch the marketing drive for the March 2 regular-season game against the Ottawa Senators.

The news conference coincided with the launch of ticket sales for the game, which were brisk. The regular-season game will give NHLers a rare chance to play a game in a stadium with a retractable roof.

Weather permitting, the event will be an open-air affair, but the league has already indicated it has contingency plans in case of rain.

Just before the news conference ended, Sedin, defenceman Kevin Bieksa and centre Ryan Kesler did something that NHL players rarely do as, with the aid of a ramp, they attempted to shoot pucks through the uprights used during B.C. Lions football games.

They also attempted to score into a standard, empty hockey net from many yards away as it rested on the stadium's artificial turf with the gridiron goalposts in the background.

Before making the quirky shots from different distances, the Canucks got nostalgic as they looked forward to playing an NHL game before a crowd as large as 55,000 in a facility with a retractable roof for the first time. Discussion of the game evoked memories of when they played on outdoor rinks in Canada, the U.S. and Sweden.

"I played outdoors for the first five years growing up," said Sedin, who played shinny as well as league games outdoors in his hometown of Ornskoldsvik, Sweden. "The outdoor rink was really cold. a A lot of memories, and I'm sure they're going to come back in a special way."

The Ottawa-Vancouver clash is one of six outdoor games being staged by the NHL this season. The news conference offered no deals on what efforts will be made to ensure that the ice is of high quality during conditions that could much warmer than other outdoor NHL contests that have involved frigid temperatures as well as rain for which Vancouver is famous.

But Sedin said he is confident that conditions will be safe, and predicted the noise level will be comparable to those at CFL games.

"I've been to a few B.C. Lions games and it can get loud," said Sedin. "I hope it's going to be the same when we play. Hopefully, it's a soldout game."

Bieksa said he and his Canucks teammates are looking forward to playing in the stadium after being excluded from other outdoor NHL contests.

"Most of us grew up learning how to skate outdoors," said Bieksa. "It's ironic that we come back and we'll be playing outdoors. We've been watching these games for a few years now and chomping at the bit, hoping we could get into one. a We're all pretty excited. It'll be an interesting experience."

He fondly recalled playing many games outdoors while growing up in the small town of Grimsby, Ont.

"They were intense," he said. "There was no time limit, full contact, a couple fights, and you went home when you were too cold."

He said it will be different playing in Vancouver's potentially warmer climate, but the game will still provide an interesting experience. He also hopes its shines a spotlight on B.C.'s hockey history.

Ironically, Vancouver hosted one of the first-ever indoor pro games, in the early 1900s, before a crowd of about 10,000 at Denman Arena, which later burned down. The province was also home to such hockey legends as Fred (Cyclone) Taylor, who led the Vancouver Millionaires to the Stanley Cup in 1915, and the brothers Frank and Lester Patrick, who introduced novelties, such as the forward pass and backup goaltender, that are now taken for granted.

"One thing I haven't really mentioned (during the news conference) is, we're celebrating the heritage of hockey in B.C.," said Bieksa. "Our province doesn't really get as much credit as Ontario and Quebec, but there's a lot of history here. The temperature is a little bit milder, so not a lot of kids grow up skating outdoors and stuff, but there've been some good teams here over the years. There's a lot of people that love this game in B.C., and we're going to celebrate that on March 2nd."

Looking forward to playing before an anticipated crowd of more than 50,000, he predicted the city will "put on a good show." But Bieksa and Canucks general manager Mike Gillis, stressing the tightness of the Western Conference, said the game will be more than just a spectacle as Vancouver attempts to secure a playoff spot in the stretch drive of the season. 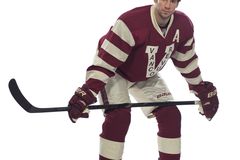 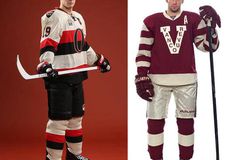 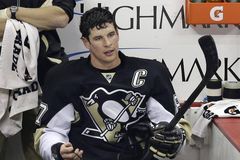 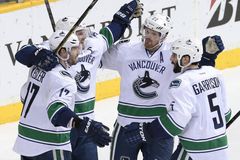