John Tortorella was shocked by what he had witnessed, but he wasn't the only one.

The Vancouver coach and an announced sellout crowd of 18,910 watched in dismay as the Canucks lost 7-4 to the New York Islanders on Monday night by squandering a 3-0 lead in the third period.

"This is a kick in the teeth," said Tortorella "It's certainly going to take a little bit more than normal coach's speak (to get) by this game."

Matt Martin's goal at 10:04 of the third proved to be the winner as the Islanders rallied with seven third period goals, including four in the first 6:22.

New York's first three goals came on power plays and its fourth came one second after another Vancouver penalty had expired.

"A 3-0 deficit going into the third period, we were pretty deflated," said Martin.

"The coaches came in and made it clear we didn't do enough in the second period and we didn't play for one another, and if we didn't pick up our game in the third period they'd have no problem taking guys out of the lineup and not dressing everybody."

"I've never been in a game like that as far as seeing a period like that, because we were playing so well going in," said Tortorella. "In between periods, we talked about the things we needed to do to nail that game down, but we really put ourselves in a jam with some bad penalties and they gained momentum."

His voice trailed off and then he continued: "What could happen, happened. And, it's been going on for a little while here, since eternity. But, somehow, we've gotta try and put it behind us."

Chris Higgins, Henrik Sedin, Ryan Kesler and Chris Tanev scored for the Canucks (29-28-10), who suffered their 12th loss in the past 14 games.

"We just took some bad penalties and they had some seeing-eye shots that went in and got the momentum," said Higgins. "We battled back to tie it up and they scored that fifth goal."

Rookie Nicklas Jensen was in the box for New York's first two goals. The first penalty, a slashing infraction late in the second period, prevented a goal. But the second one was a holding call in the offensive zone. The penalties spoiled what could have been an extremely memorable night for Jensen as he recorded his first NHL point with an assist on Sedin's goal.

New York converted four of eight man-advantage opportunities while Vancouver was good on two of four.

Islanders goaltender Evgeni Nabokov made 20 saves for the win as Eddie Lack stopped 21 shots for the Canucks.

"It's was a very weird third period," said Lack. "It's not only the (penalty killer's) fault, it's my fault, too. I need to stop the puck and I didn't tonight."

After Bailey put the Isles on the scoreboard 1:13 into the third, Strome, on a five-on-three, and de Haan scored seconds apart to create a 3-3 tie.

Nielsen put the Islanders ahead 4-3 just under three minutes later as he put in a shot from the wing.

The crowd let out a huge roar of relief after Tanev brought the Canucks even at 9:54 of the third.

Martin, however, gave the Isles the lead only 10 seconds later on a backhand from the slot, and Lee padded New York's lead just a minute and 44 seconds later.

A disappointed Kesler said the Canucks have to start playing like they still want to make the playoffs.

"Being up 3-0 and the blowing it like that, it's embarrassing," he said.

Notes-Alex Burrows drew an assist on Kesler's goal, earning his 300th NHL career point. a The Islanders had seven rookies in their lineup.a The Isles lost Michael Grabner, a former Canuck, to an upper-body injury late in the second period following a collision with Vancouver defenceman Tanev. a Canucks winger Zack Kassian served the second of a three-game suspensiona The game was rare in that it featured three Denmark natives - Jensen and Jannik Hansen of the Canucks and Nielsen of the Islanders. All three of them earned points. Only seven Danish players have suited up in the NHL this season. a Monday marked the ninth anniversary of the Aquilini Investment Group's purchase of the Canucks from former owner John McCaw. a Islanders defenceman Thomas Hickey is the only player to suit up for all 67 of their games this season.

Canucks snap four game slide with win over Flames
May 12, 2018 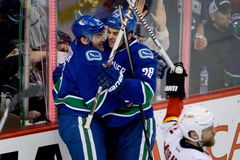 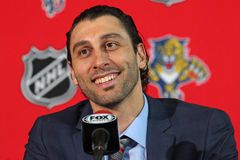 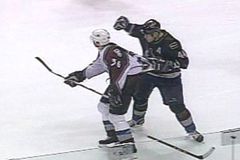 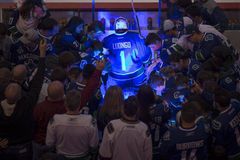 Ryan Kesler still with Canucks as trade deadline passes
May 12, 2018 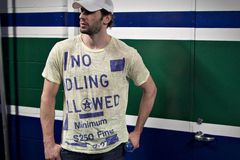