When the apocalypse comes for any NHL team, it rarely happens with a big explosive bang. Instead, it is death by a thousand tiny cuts, which is where the Vancouver Canucks sit now, swept away in four games by the San Jose Sharks on Tuesday night, to mark their second consecutive first-round exit. The Canucks have been on a downward playoff spiral ever since they frittered away a 2-0 series lead in the Stanley Cup final against the Boston Bruins two years ago.

Their playoff record since that franchise turning point fell to a dismal 2-12, following last night's seesaw and highly entertaining 4-3 overtime loss to the Sharks at the HP Pavilion.

The Canucks would have required a comeback for the ages to get back in the series anyway and except for a brief moment of desperation hockey in the third period, when they took a short-lived one-goal lead, did they look capable of doing anything remotely epic. For a brief time, Alex Burrows looked like his old agitating self, and the Sedins were at their play-making best.

But in the end, Joe Pavelski scored the tying goal for San Jose with 4:27 to go in regulation with Kevin Bieksa in the penalty box, after Bieksa took an ill-advised crosschecking penalty on Tommy Wingels.

From there, Patrick Marleau won it for the Sharks by scoring the overtime winner at the 13:18 mark of the extra period, sending the capacity crowd – which included Canadian musical icon Neil Young – spilling happily into the streets.

San Jose recorded a series sweep for the first time in franchise history and this year, becomes the first team to advance into the second playoff round. The winning goal came on an overtime power play when Marleau popped in the rebound of a Joe Thornton shot, after Daniel Sedin had been sent to the penalty box for a questionable boarding penalty in extra time.

Meanwhile, the Canucks go home, having fought hard in the elimination game, but having reached an organizational crossroads, similar to what happened in Calgary a few years back, where the Flames decided to keep pushing forward with a pair of former all-stars, goaltender Miikka Kiprusoff and Jarome Iginla, in the hopes that they would recapture the playoff magic of 2004 one more time.

That same slow steady slide into mediocrity is what awaits Canuck Nation right now and the warning signs are all present. There is too heavy a reliance on a couple of marquee players in the Sedins, who are still quality NHLers, but no longer exceptional, top-of-the-charts, Hart trophy candidates the way they once were.

Beyond their stabilizing presence, there have been curious roster indecisions – and the ongoing inability to sort out the goaltending quandary has been a black mark against the record of general manager Mike Gillis, who has also spent gobs of owner Francesco Aquilini's dollars on player acquisitions, with no appreciable return on the investment.

The Gillis era officially began just over five years ago – April 28, 2008 – when he replaced David Nonis as the Canucks' general manager and it is worth remembering how blunt he was that day in terms of what he'd inherited. Gillis suggested the team was "not close" to contending; and said they needed to get faster, to add more grit and to become more competitive.

Gillis promised to plot a new direction and his exact words were instructive, reflecting the confidence he had in his vision: "A couple of very good decisions, or a couple of really bold decisions, might put this team in a position to win immediately," he said.

It was a fascinating beginning, how Gillis separated himself from his predecessors in the GM's office, who had graciously left behind some prime-time players – not just the Sedins, but a couple of good young forwards in Ryan Kesler and Burrows. Nonis had also made the deal to acquire Roberto Luongo from the Florida Panthers for an aging, thought-to-be-untradeable Todd Bertuzzi. Cory Schneider had been drafted out of Boston College and had just completed his first professional season with the Manitoba Moose of the American Hockey League.

On any objective level, that was a solid foundation – of prime and emerging talent – and Gillis was correct in suggesting that a couple of good or bold decisions might have really helped them get over the top. Alas, it didn't happen. They didn't get over the top and the decision-making wasn't particularly good or bold.

Instead, the Canucks have patched with the likes of Keith Ballard and David Booth, Andrew Ebbett and Chris Higgins, Zach Kassian and Max Lapierre, Roy and Tom Sestito. Way back at the start of his tenure, Gillis made a move to acquire Christian Ehrhoff from these same Sharks – capitalizing on the fact that San Jose needed to dump salary to acquire, for a time anyway, a useful player.

And now, with every passing year, as the miles pile up on the core players, the Canucks look as if they badly need an overhaul. Interest in the team, so great two years ago, dwindles with every passing day. People are getting tired of cheering for the same old players, who are inching further and further away from championship contention.

With a five-year contract extension in his pocket, Gillis looks secure, though presumably, he will be subject to heightened scrutiny in the years to come. Coach Alain Vigneault has no such cushion. He will almost certainly be offered up as the primary scapegoat for this failure – and if he is, his accomplishments and record suggest he will not be unemployed for too long.

The greater issue is how to fix the real damage as the Canucks drift back into the middle-of-the-NHL pack. Gillis positioned himself as the forward-thinking man with the plan when he originally took the job. It will be interesting to see what his genius can conjure up now as a Plan B, and how he reshapes a team badly in need of a facelift.

Maki: Looking for Canucks blame? Look no further than Mike Gillis
May 8, 2013 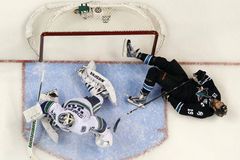 How San Jose has neutralized the Sedins
May 7, 2013 Melancholy Canucks fans find no thrill in life on the edge
May 7, 2013 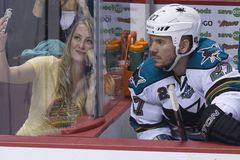