From his vantage at the University of North Texas, in the Dallas suburb of Denton, economist Todd Jewell sees contraction of the National Hockey League – especially the money pits in the southern United States – as an inevitability.

While contraction is not often discussed around the NHL, the possibility is underscored by the NHL numbers put out by Forbes, estimates of team values, revenue and operating profit/loss. And the word contraction isn't crazy talk. Owners in baseball, just a decade ago, pursued the contraction of Montreal and Minnesota, a plan eventually shelved.

In the Forbes estimates, the top three NHL teams – Toronto, New York and Montreal – make the vast bulk of the money, a combined operating profit of $208-million, but if one tallies the top six – adding Chicago, Boston, Detroit – the number is $263-million.

That figure – tallied from only six teams, 20 per cent of the NHL – is greater than the league's operating income as an entire operation, all 30 teams coming in at $250-million (a number that is nearly doubled from the year before, Forbes said on Wednesday).

The middle NHL teams do all right, with teams seven through 20 (ranked by Forbes valuation) booking operating income of $112-million. It's the bottom 10 that are sinkholes, losing $124-million. In sum, fewer teams are losing money: 13 on this year's list compared with a majority, 18, last year.

Among the deepest money pits – the seven teams losing $10-million or more – four are in the U.S. south: Anaheim, Phoenix (obviously), Tampa and Florida. Jewell, who specializes in sports economics and is the chair of the economics department at North Texas, points to the southern teams in particular. He says there is weak nationwide interest in hockey in the U.S., especially outside northern hotbeds like Boston, New York, and Detroit. For Jewell, teams like the Coyotes and the Lightning just won't work longer term.

"You've got to get rid of some of these teams with so little public support that can't exist without subsidies from the rest of the league," said Jewell. "I just don't think the National Hockey League can survive with as many teams as it has in the southern states.

"But contraction's tough for the league to do, because it's admitting failure. It's admitting they're not a big enough sport to survive in Phoenix."

Still, just a decade ago in baseball, owners voted overwhelming in favour of contracting Minneapolis and Montreal, a decision in late 2001. There was blowback from the union – then run by one Don Fehr – and the idea hit a legal wall and by the next year, in the 2002 collective bargaining agreement Fehr brokered, one plank was the agreement to stay at 30 clubs through 2006 – with the chance to possible cut two in 2007.

It didn't happen, of course, as Minneapolis was revived, and the Expos bounced south to Washington, the first relocation in Major League Baseball in more than three decades (when in the early 1970s Washington lost their ball team as the Senators became the Texas Rangers).

In hockey, relocation is likelier than contraction. There are now several credible homes for teams, starting in Quebec City and Seattle, and then Markham in the Toronto suburbs would seem a likely profitable home for NHL hockey.

If, say, Florida, Phoenix and Anaheim move northwards, that would greatly reduce the biggest globs of red ink losses from the NHL. Then, say, the New York Islanders, Columbus Blue Jackets, and Buffalo Sabres – also all losing $10-million-plus – improve their businesses and benefit from some increased revenue sharing. Combined, the NHL as a financial enterprise would be considerably strengthened.

As for Jewell, in the suburbs of Dallas, he notes there's not much talk about the NHL lockout, even as the hometown Stars are idle. A bigger concern is the Mavericks, NBA champions 17 months ago and now 7-9, on a three-game losing streak that has given them a losing record and puts them in fourth in their division. The NHL? Meh.

"You might not be surprised that people around here don't care much," said Jewell. 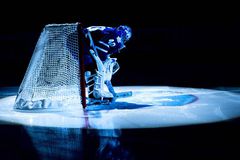 Former NHLPA president Linden happy to be on the sidelines of labour dispute
November 29, 2012 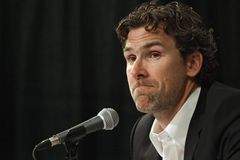 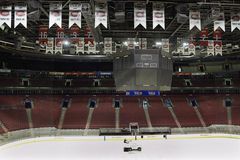 Picture Gary Bettman on the couch of a fighter/shrink …
November 27, 2012 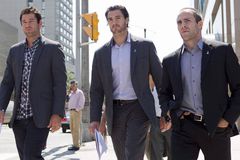