These are some curious times in Pittsburgh for the local hockey team.

Long-time GM Ray Shero is long gone, in part due to a power struggle with upper management.

Now coach Dan Bylsma is out, too, after he was left waiting around three weeks, in part to prevent him from joining Shero elsewhere.

There are also a lot of things in play with the Penguins hiring long-time Carolina Hurricanes GM Jim Rutherford on Friday, but one that would be a mistake to overlook was his interesting soliloquy on analytics to kick off his press conference.

This wasn't merely paying lip service to the numbers, as several other recent new hires have done around the league this spring.

This was about the Penguins internal debates that have raged the past few seasons and that contributed to organizational shift after another early playoff exit.

What it comes down to is those in charge want the Pens to be at the forefront of the statistical revolution happening in the game – and they didn't feel they were quite there under Shero.

"I don't think that we're up to speed here on the use of analytics," Rutherford said, explaining he planned to make a hire on that front in the near future. "This is something that I've gotten used to over the last few years. The analytics, if used properly, are great to really check everybody's opinion."

Now, the Hurricanes can hardly be viewed as a model organization of late. Hampered by some budget restrictions and issues in goal, they've missed the playoffs five years in a row and are eight years removed from the franchise's lone Stanley Cup.

The thing to keep in mind, however, is that Rutherford is really being brought in as a short-term caretaker. Now 65, he won't be GM longer than two or three years – which is long enough to give Jason Botterill, the man the Penguins see as their next long-term architect, more experience running a team.

Botterill, 38, is a former first-round pick who had a brief cup of coffee in the NHL before going on to get his MBA, which then led in to working for the league as a scout and, starting in 2007, in the Penguins front office as director of hockey administration.

On Friday, he was promoted to the new position of associate GM as part of the organization's shake-up, meaning he will now be in on every high-level decision as Rutherford's right-hand man.

Both he and director of player personnel Dan MacKinnon are considered two of the more progressive thinkers around the league, statistically speaking, and that's something president David Morehouse wants emphasized more than it had been.

There's a belief in the organization that it lost an edge on that front in recent years to other top teams such as the Chicago Blackhawks, St. Louis Blues and Los Angeles Kings, and that that has been part of what prevented the Penguins from building better depth around Sidney Crosby and Evgeni Malkin.

So rather than a total house-cleaning of the front office, what it really is is a retooling – one that rewarded those willing to get behind that line of thinking.

And Botterill is at the front of that line.

"It has been kind of a whirlwind the last three weeks," explained Bill Guerin, who along with fellow former player Tom Fitzgerald was also promoted to assistant GM. "Jason's been kind of holding the fort down for everybody."

"He will work very close with me on all matters," Rutherford said of Botterill. "His input is going to be taken very seriously …. He's a very bright guy and he knows the game. I know that he's getting very close [to being a GM]."

As for how the Penguins plan to further incorporate analytics into what they do, Rutherford was short on specifics, other than to say they'll be consulted often.

What's clear is that while Shero was often reluctant to credit data with being a key part of the organization's decision making, that won't be the case in Pittsburgh anymore.

Rutherford may, in title, be leading that charge – but he'll have a lot of support, too.

"There's things that analytics are going to point out to you that your hockey people don't see," Rutherford said. "I take those points, whether it's good or bad with a player, and then I go back and start questioning the hockey people: 'Are we not seeing this?' …

"Some people are probably surprised that I use analytics. But I've used them for a few years now and I can tell you it really makes a difference." 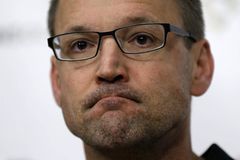 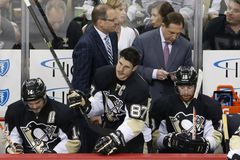