After guiding the Ottawa Senators to a historical finish, Dave Cameron knows expectations will be higher next season.

But it's a challenge the Senators' head coach readily welcomes after signing a two-year contract extension with the NHL club Thursday.

"Part of a criteria when you coach at any level, but certainly at the NHL level, is expectations and that just comes with the job description," Cameron said during a conference call Friday from his Prince Edward Island residence. "At the end of the day it's my job to find balance in terms of dealing with those expectations."

Cameron, 56, replaced the fired Paul MacLean on Dec. 8 and compiled a 32-15-8 record. Ottawa finished the season 23-4-4 to erase a 14-point deficit and reach the playoffs before losing its first-round series to the Montreal Canadiens in six games.

While admitting there's a fine line between expectations and reality, Cameron definitely wants the Senators to improve upon their seventh-place finish in the Eastern Conference. He believes a strong start to next season is key.

"Any time you're chasing a playoff spot that just adds to the difficulty of the season," he said. "As exciting as that run was, you're not going to be able to duplicate that under too many circumstances and we don't want to try and be in that position.

"Our start is going to be important and what goes into a start is obviously a good training camp."

Cameron hopes his players aren't satisfied with the 2014-15 season.

"I really hope our players left excited about what they accomplished but not content," he said. "If they're not, then I think they'll put in the desired work this summer so they come back and have a good training camp, which should give us the best chance having a good start."

MacLean was also successful in his first season as Senators head coach. But he felt the need to change his approach the following year, something that wasn't well received by the players.

One reason for Cameron's success was his ability to communicate with players and make necessary adjustments. Cameron believes coaches, as well as players, must be willing to learn.

"You're always trying to tweak, always trying to get a little bit better because there's a lot of good teams out there, a lot of real good coaches out there and they're doing the exact same thing," he said. "It's just about being able to instill a belief or an identity, whatever word you want to use, into your team and convince them if they have an identity and put the work in, there's no guarantee, but it does give them the best chance."

Cameron also showed a willingness to give young players more opportunity and sit veterans if he felt the need arose.

"I don't think it's necessarily an age thing," said Cameron. "My job as coach is to put on who I think are the best players on a given night who give us the best chance to win.

"I'm not really looking at birth certificates when I do that."

Cameron said he has spoken to five or six candidates to join the Senators as an assistant coach. Last year's staff was very close and Cameron wants someone who will compliment what's already in place. 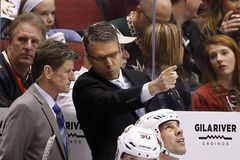 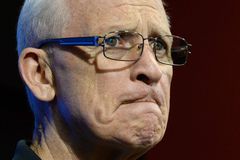 Cameron tinkers while Therrien stands pat ahead of Game 5
April 24, 2015 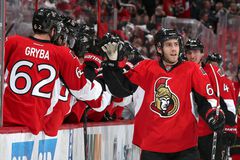