Will he stay or will he go? Curtis Lazar will finally get an answer this week.

The Ottawa rookie is expected to play his ninth game Tuesday night against the Detroit Red Wings, forcing the Senators to make a decision on the young centre's future.

The options are clear. The 19-year-old Lazar can either remain in the NHL or return to the Western Hockey League's Edmonton Oil Kings.

After eight games, Lazar has made a strong case for himself to remain in the NHL. He has just two assists, but he hasn't looked out of place and on many nights has been one of Ottawa's better players.

Over the course of the eight games Lazar has played at wing and centre and killed penalties. He's even been out on the ice in the dying minutes of a close game.

Lazar is aware of the significance of Tuesday's game, but is trying not to overthink it.

"I approach it like another game and I know a decision's going to have to be made and it's sort of my last chance of an audition," Lazar said. "If I think about that then it's not going to be beneficial to myself. I just have to go out and play and whatever happens, happens."

Lazar knew coming in he would be facing this situation, but as the deadline approaches he would rather know his fate sooner rather than later.

"I kind of want to get it out of the way," he said. "I kind of want the decision done where I can get a feel of where I'm going to be this season for the most part and get comfortable because I still have that in the back of my mind. I could be going back to junior or I could be staying here. I don't know it's up in the air. It sort of weighs on your mind a little bit, but nothing I can control so I just go out there and play my game and wait for the decision."

The Senators are currently carrying two extra forwards. Most nights Erik Condra and Colin Greening have found themselves the odd man out.

With four games this week head coach Paul MacLean said it's likely everyone will get an opportunity to play, but that some decisions will have to be made to solidify the roster.

MacLean has been reserved in his evaluation of Lazar's play to this point.

"He's been very consistent and he hasn't done anything for us not to keep him, but we have to make the decision what's based best not only for our team, but also for him," MacLean said. "He's still a young man and we have to make sure he's in the proper environment to grown into the player that we all see him potentially being."

With games against Detroit, Minnesota, Winnipeg and Toronto this week the Senators (5-3-2) will face their first significant test.

Overall the organization seems satisfied with the team's performance after ten games, but there is definitely room for improvement as evidenced in a 4-2 loss in Boston on Saturday.

"I think we've been good," said captain Erik Karlsson. "I think the record we have, we're happy with it, we're happy where we are. We had a letdown game in Boston, but that's the way it's going to be sometimes. Luckily we play (Tuesday) and I don't think that's going to affect us any way. Win or loss, we just look ahead and to the next game."

Karlsson doesn't believe the team has played its best hockey yet, but also said "we're not supposed to do that yet either."

Consistency remains elusive for this group, much as it did last season at times.

"Putting up a 60-minute effort would be nice," Karlsson said. "I think as of right now we have our ups and downs and I think we've been managing them well, but going forward here we maybe need to put a little bit more focus in the whole game and not try and have a few letdowns where we let in a few goals and we have to chase all the time."

Individually Karlsson knows he needs to be better. He was minus-4 against Boston, but he doesn't allow himself to dwell on a poor performance.

"I'm just going to turn the page and move forward," Karlsson said. "I don't really care what happened last game. We lost, that's the end of the story for me. "

Last season the Senators often struggled on home ice, but so far they've gone 2-0-2 at Canadian Tire Centre and would like to see that improve with a strong performance this week.

"We've built some momentum at home with the start to our season and we need to come out Tuesday and have a game," MacLean said. "We have a good opponent so we should be fired up to play them."

Notes: G Craig Anderson will get the start against Detroit Tuesday. D Mark Borowiecki remains day-to-day with an upper body injury. He isn't expected to play Tuesday, but could be back in the lineup by the end of the week. D Marc Methot continues to make progress, but isn't expected to start skating with the team this week. Methot continues to be sidelined by his back. RW Alex Chiasson was on the ice and then left practice, but he isn't expected to miss any time. Erik Karlsson says he remains in close contact with Daniel Alfredsson and said Alfredsson has not made a decision on his future despite the fact that he has been unable to join the Red Wings due to a recurring back issue. 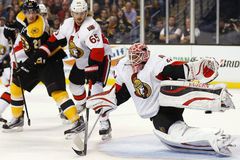 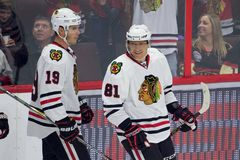 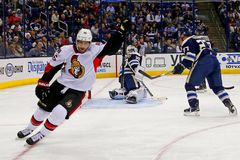 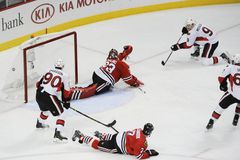 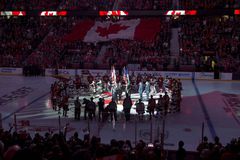