There are times when Detroit Red Wings general manager Ken Holland wonders whether this is it, if the trend-line for his team has finally started pointing downward.

"I think about it," he said, standing in an empty Bell Centre on Tuesday afternoon, "but I'm going to battle against it. I want to compete against it."

Gravity pulls objects relentlessly earthward, except for the Wings.

For 23 straight seasons, the men from Michigan have participated in the post-season. They could have been forgiven for packing their tent last spring, diminished as they were by injury. But they didn't need yours or anyone else's sympathy – the Wings made the playoffs because it's what they do.

Still, there are signs that the NHL's model franchise is getting a little threadbare: Their all-conquering coach is in the final year of his contract and has yet to commit his future to the team, and stud offensive performers Henrik Zetterberg (34) and Pavel Datsyuk (36) have many miles on their engines.

While there are intriguing prospects in the system, as ever the club is relying on its familiar pillars.

Against the red-hot Montreal Canadiens on Tuesday, it was Zetterberg who opened the scoring in the second period, bamboozling Alexei Emelin with a deft stickhandle, and his shot banked into the net off P.K. Subban as he scrambled to catch up.

In the third, Datsyuk looked to have doubled the lead with a trademark bit of whirling virtuosity, but the marker was called off for goaltender interference penalty.

Overall it was a game where the Red Wings, well, Red-Winged; they played a shrewd defensive game, rebuffed the Habs' power-play (they are a perfect 18-for-18 on the penalty kill to start the season) and generally threw the puck around at will.

It wasn't enough on this occasion. The Habs' Alex Galchenyuk tied the game on a wraparound with just over three minutes to play in regulation, and David Desharnais scored in overtime to snatch the victory.

It's a long season, however, and the Wings left with a point; playing the way they do – even against one of the league's top teams in the Habs (Montreal is now 6-1 to start the season) – no one should bet against them being among the last eight standing in April.

Some recent draft picks (like Gustav Nyquist, a fourth-rounder from 2008) have worked out in inimitable Detroit fashion (Zetterberg, Datsyuk and Hall of Fame defenceman Nick Lidstrom were all picked late in the amateur draft), others have not.

There is every sense this team is trying to hold it together long enough for the next generation of smart, fast, perfectly-seasoned players to roll this thing into Detroit Dynasty 3.0.

This is a team of long career arcs – Nyquist, who has been the NHL's leading goalscorer since last Jan. 20 – is a fifth-year pro.

Justin Abdelkader, who played on the top line against the Habs, turned pro after college, played in the minors for two seasons, and started his career as a fourth-liner.

Needless to say, this is all part of the plan.

All NHL teams say they pay attention to developing players, the Wings actually do it.

How else to explain that their coaches and executives keep getting hired in other cities?

This past summer, Holland offered a three-year contract extension to AHL coach Jeff Blashill, presumably as a hedge against the possible departure of NHL boss Mike Babcock next summer, but also to preserve the continuity the Wings are famous for (AHL assistant Jim Paek, for instance, has been with the organization for nine years).

Holland may have for top prospect Anthony Mantha, had the rangy sniper – the 20-year-old former first-rounder scored an eye-popping 57 goals in 57 games in junior last year – not fractured a leg in training camp.

Instead, Mantha has rented an apartment in Grand Rapids, Mich., where he will join the other Detroit prospects and learn how to be a pro.

Holland said it's a life experience as much as it is a hockey one – "I told him to get an apartment, get a kitchen, live near some teammates, go out for supper, that's part of, in my opinion, evolving and developing as a player and a person."

And as the Wings' core players continue to age, the temptation may grow to fast-track more youngsters.

It would be out of character for an organization that believes in holding players back until they are ready, but needs must. 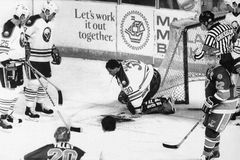 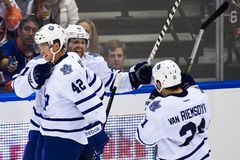 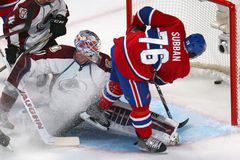 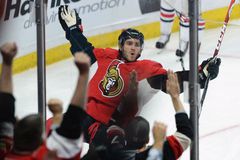 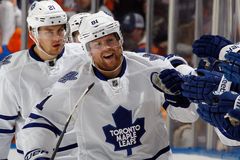