P.K. Subban dismissed any notion of panic in the locker-room. But Max Pacioretty said he and his Montreal Canadiens teammates spent time keeping each others' spirits up in the midst of four losses in five games.

Relief from an early-season swoon came in the form of a 2-1 shootout victory against the Buffalo Sabres on Wednesday night at First Niagara Center.

"Let's face it, we needed it," said forward Pierre-Alexandre Parenteau, who scored Montreal's only goal in regulation and the shootout winner. "After those two performances we had on our home ice, any kind of win was going to be good tonight."

This wasn't a pretty victory, but on the heels of a 5-0 waxing at Bell Centre at the hands of the Chicago Blackhawks and three days removed from a 6-2 loss to the Calgary Flames, it was necessary.

"We want to see some good vibes in the room," Pacioretty said. "It's only two or three games, but that's the way it goes here and we had to find a way to dig ourselves out of it."

That digging was long and arduous. The Habs (9-4-1) put 32 shots on Sabres goaltender Michal Neuvirth in regulation and overtime but could only come away with Parenteau's third of the season in the third period.

"The team needed one big time," Parenteau said. "I needed one, too. We were all struggling offensively. It's nice to see that."

At the other end, Dustin Tokarski allowed a power-play goal to Drew Stafford, just Buffalo's second in 45 tries this season, and stopped the other 31 shots he faced from the Sabres (3-9-2).

"Got a few breaks tonight and guys played hard," Tokarski said. "(They) blocked a lot of shots and cleared rebounds."

It was a muck-and-grind kind of game that wasn't easy on the eyes. Turnovers didn't even lead to quality scoring chances, at least until the game opened up at four-on-four in overtime.

Subban was satisfied with the offence he and his teammates created.

"It didn't go in for us, but I thought we did a good job of sticking to the plan," Subban said. "We knew that this wasn't going to be an open-up game, we knew it was going to be a tight-checking game."

The Habs' performance in that kind of tight-checking game impressed coach Michel Therrien. In the second half of back-to-back games with travel involved, Therrien lauded his team's effort.

"There's not much I didn't like about our team tonight," Therrien said. "I thought we played a solid game."

Solid with a loss instead of a win, even in overtime or the shootout, would have caused the Habs to return home in a much more sour mood. Alex Galchenyuk and Parenteau scored and Tokarski stopped Matt Moulson and Zemgus Girgensons in the shootout to make sure that didn't happen.

"Two points is huge right now," Tokarski said. "A little bit of a tough patch there. Any time you can win on the road and have a nice flight home it's good."

Notes — Forward Michael Bournival left the game with an apparent left shoulder injury after crashing into the boards in the second period. Bournival did not return and was seen leaving the arena with his arm in a sling. Therrien said it was a tough break to see Bournival get hurt and added that the team would know more Thursday. ... Defenceman Mike Weaver was a late scratch with the flu, forcing Nathan Beaulieu into the lineup and Therrien to switch up his defensive pairs. Beaulieu skated 17:51, and Therrien said he played well. ... Forward Jiri Sekac created scoring chances and committed the penalty that led to Stafford's goal in his return to the lineup after seven games as a healthy scratch. Sekac replaced Rene Bourque. 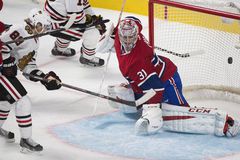 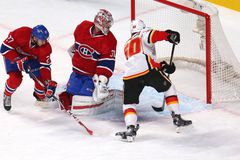 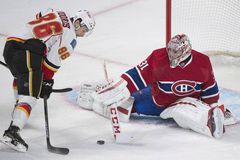