The shot caromed off his skate in Tampa, but the real trouble started a couple of weeks later in Philadelphia.

Former NHL defenceman Dave Babych had been traded to the Philadelphia Flyers from the Vancouver Canucks a few weeks earlier, and in a 6-1 win against the Tampa Bay Lightning took a puck off the foot.

That was seven games before the 1998 playoffs. As he took warm-up laps prior to the opener of the Flyers' first-round playoff series, the veteran had trouble turning and thought: "This is a problem."

He went to tell the team's medical staff, and more pain-killing medication was administered, to the point where, "I couldn't really feel anything at all, which is great until your whole leg turns purple a few hours after."

Babych played the entire five-game series on a broken foot. It had been misdiagnosed by the Flyers' doctor at the time as a bone bruise.

Playing, he was assured, wouldn't cause any lasting damage. Yet in 2002, after Babych had been forced into retirement, a Pennsylvania jury decided otherwise and awarded him nearly $1.4-million (U.S.) in a malpractice suit.

"You trust these people with your life," Babych said. "You have to."

That statement describes most people's interactions with doctors, and while Babych was at pains to insist "the vast majority of doctors and trainers are amazing," sports medicine can be a messy and immensely complicated business.

It was true when it came to figuring out what was wrong with Babych's foot, and remains so as the hockey world digests the latest developments in an even higher-profile case: Sidney Crosby.

Recent news that Crosby, who has played just eight games since suffering a concussion a year ago, is suffering from mystery neck ailments has baffled many.

In addition to the speculation that Crosby and his family were unhappy at the advice he received from the team's medical staff – debunked by the player – the affair prompted whispers in some circles about the competency of the Pens' doctors.

"People need to understand the long-term goal is the long-term health of our players. We're not putting any players at risk," he told The Globe and Mail.

Concussions have made a muddled picture even more complicated, Shero added.

"The league is trying to get it right but it's an injury that is complex. It's confounding in terms of how guys respond," he said.

Crosby, who again skated with his teammates in Montreal on Tuesday but is weeks away from a return, is a much-scrutinized figure; he is rich, successful, and has all avenues of treatment open to him.

It doesn't mean he is different from any other patient – we all seek advice from those we trust.

As such, many of the practitioners who have looked at Crosby over the past 14 months have close links either to his agent, his trainer, or the team.

This is not especially unique, let alone sinister.

But Robert Gordon, a Toronto orthopedic surgeon who has worked with athletes from several of the major sports leagues, said team doctors face pressures from many directions: satisfying their employers, satisfying their patients, and knowing a mistake can end an athlete's career.

"One of my favourite doctors is Dr. Eastwood. Clint once said, 'A man's gotta know his limitations,'" said Gordon, who is a medical consultant for the ATP World Tour in Canada. "In America, doctors sometimes pay for the privilege [of working for a team]and that's a huge conflict. Say you can't treat a given problem . . . it's difficult to send them off to someone else."

At last count, 10 U.S.-based NHL teams had an "official medical provider," including Pittsburgh.

Arrangements differ across the league. Many teams pay their doctors a salary, others accept pro bono services in exchange for perks that can range from tickets to travel in the playoffs.

Still others, believed to be in a minority, accept payment from medical groups in the way NFL and major-league baseball teams do (the practice is frowned upon in Canada).

"These are top doctors, and I am sure they are familiar with their ethical obligations," said Tim Caulfield, a health law and ethics expert at the University of Alberta. "But given the environment, given the pressures, and given the current and emerging concerns in society about these injuries,  I think this idea that athletes get independent advice … is at a minimum where we need to go."

Partly because of those concerns, a cottage industry has popped up of independent specialists such as legendary knee and shoulder guru James Andrews in Birmingham, Ala., and Canadian-born hip expert Marc Philippon of The Steadman Clinic in Colorado.

Some teams, like the Penguins, even foot the bill when a player wants a second opinion.

"Every plane ticket, every operation, it doesn't matter," Shero said. "I'll send guys for third opinions because we want to be right and I want the players to know they're getting the best possible medical care."

Indeed, the National Hockey League Players' Association hired its own medical consultant for just that purpose – Toronto-based trauma specialist John Rizos – more than a decade ago.

Hockey's concussion epidemic has spurred the union to do more to provide medical guidance to its players, Rizos and Michigan-based neurologist Jeffrey Kutcher combined to tour all 30 NHL cities with NHLPA president Don Fehr last fall.

It was the first time the union had gone to such lengths.

That's the sort of gesture Babych, who discovered the true extent of the damage to his foot on a visit to Vancouver in the fall of 1998, would appreciate.

The 50-year-old, who now tutors defensive prospects in the Canucks organization, said the medical situation in the league has changed since his playing days – and since the lawsuit that shook the hockey world.

"Doors closed in a hurry," Babych observed dryly. "But I thought if I don't do something, what do I tell my kids? What kind of a role model does that make me?"

Babych's foot still bothers him, as do several other body parts worn down by 1,309 NHL games.

But there's comfort in knowing his pain may eventually spare others.

"It's not a life-threatening injury," he said, "but it's certainly been a life-altering one."

With reports from Allan Maki in Calgary, Robert Macleod in Toronto and Anne McIlroy in Ottawa. 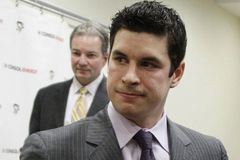 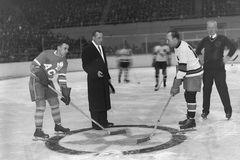 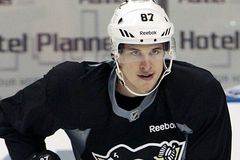 Follow Sean Gordon and David Shoalts on Twitter @MrSeanGordon @dshoalts
Report an error Editorial code of conduct
Due to technical reasons, we have temporarily removed commenting from our articles. We hope to have this fixed soon. Thank you for your patience. If you are looking to give feedback on our new site, please send it along to feedback@globeandmail.com. If you want to write a letter to the editor, please forward to letters@globeandmail.com.
Comments