There was a funny bit of byplay on the television the other night, when the duelling Sportsnet analysts Nick Kypreos and Darren Pang got talking about oversized goalie equipment, and what the NHL would have to change to put an end to its Michelin Man era.

Pang, who played in the league as a 5-foot-5, 155-pound goaltender (he made the 1988 all-rookie team), donned a modern-day chest protector as a visual aid – and made a convincing point. The padding looked like a suit of armour that completely hid the person it was designed to protect.

Kypreos's counter argument wasn't bad either. The current catching mitts bear only the faintest resemblance to the ones designed a generation ago to stop pucks. You could catch a football or a basketball inside the webbing of today's massive goalie gloves.

Larger equipment, combined with the increasing size of the modern-day goaltender, has made scoring so impossibly difficult that the NHL has finally admitted a) it has a problem, and b) there are only two possible solutions – shrink the goalie equipment or make the nets bigger.

Greg Millen, now a television analyst, played 604 games over 14 NHL seasons as a 5-foot-9, 175-pound goalie. He believes that while today's netminders have never been better in terms of their talent and fitness levels, some would be exposed if they could no longer rely so heavily on their equipment, which is not designed simply to protect against injury.

"They've got wedges on their pads so their knees never touch the ice," said Millen. "They have flaps on either side of their knees. With the shoulder pads now, they've built them off the shoulder, so they're going farther out. The pants look like garbage bags. Why aren't they form-fitted and rounded against the thighs?

"I'm alarmed for kids coming up," added Millen, "because if you made the nets bigger, then everybody would have to be 6-foot-5 to play goal. How many more kids would that eliminate? You'd be taking their dreams away.

"When the league got rid of all the clutching, holding and grabbing, all of sudden there's room for players like Johnny Gaudreau and Nikolaj Ehlers who are 5-8, 5-9 – extremely exciting to watch and huge contributors to our game," he added. "Looking back, how many great players did we miss out on when scouts weren't interested in players of that size? "Now, we're doing it to the goalies – right before our very eyes – and I don't like it."

To Millen's point, of the 140 goalies who were listed in the NHL's 1989-90 official guide and record book, the vast majority were less than six feet tall – and they were stars of the game.

John Vanbiesbrouck was listed at 5-7, Andy Moog at 5-8, Mike Vernon at 5-9 and Bill Ranford, Glenn Healy, Billy Smith, Grant Fuhr and Curtis Joseph at 5-10. Patrick Roy was a comparative giant at six feet.

Only eight of the 221 goalies listed in this year's guide and record book are listed at less than six feet. Three of them play in the NHL, two as backups (Anton Khudobin and Jhonas Enroth), one as a starter – the New York Islanders' 5-11 Jaroslav Halak. And even though the Toronto Maple Leafs list Jonathan Bernier at six feet, he might be a shade under as well.

By reducing the size of the equipment, Millen argues, three good things will happen.

First, scoring will increase, because position players will have more net to shoot at.

Second, the entertainment value will go up, because smaller equipment will force goalies to move around, be more athletic and react to shots rather than just rely on body position to block them.

Third, it would give a generation of smaller goalies new hope that they could play hockey professionally; the odds of them making it today are just a shade above zero.

Of course, all this depends on the NHL's and the players association's commitment to getting it right. There have been multiple attempts in the past to streamline goalie equipment, but with only one man – ex-goalie Kay Whitmore, all of 5-11 of him – tasked with enforcing the rules, it's been a thankless and largely impossible job.

Millen has supporters in the NHL. On Wednesday, Kings' goaltender Jonathan Quick told reporters in Los Angeles that the NHL could fix the goal-scoring drought the easy way, by making the nets bigger, or the right way, by legislating slimmer equipment and then enforcing those limits with more spot checks and more punishing fines.

The NHL went down this path once before with obstruction. Between the mid-1990s and the mid-2000s, the NHL endlessly, repeatedly vowed to eliminate obstruction, but then would chicken out as playoff time neared. In 2005-06, coming out of a full year lost to a lockout, their resolve finally stiffened, the rule book was enforced, and soon, obstruction was mostly weaned out of the game.

The same gumption is required here. If it is, and if NHL general managers – who met this past week and made reducing goalie equipment a priority – actually follow through this time, then the game will be better for it.

And maybe the era of the pint-sized goalie making a kick save and a beauty can make a comeback. 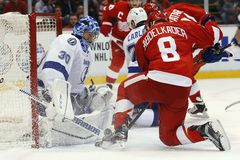 How can the NHL boost goal scoring? Bigger nets may be the answer
October 6, 2015
Duhatschek: It’s time for the NHL to move to larger nets
June 22, 2015 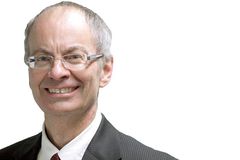