That is the single known fact in a story that caught the Ducks completely unawares, even though the issue was being dealt with behind the scenes for weeks, as the NHL's drug-testing protocols under the Performance Enhancing Substances Program moved forward.

Horcoff, knowing what was coming, issued a statement through the NHL Players' Association, taking "full responsibility" for his actions. But he also insisted it was an honest mistake – that he tried an unspecified treatment to expedite the healing of an undisclosed injury, without first asking if the treatment contravened the league's banned-substance policy.

Ultimately, Horcoff could help his own cause by fleshing out the details of the story, identifying the injury as well as the course of treatment he undertook to get well again.

On the other hand, at 37, the former Edmonton Oilers' captain has earned a lot of goodwill over 16 NHL seasons, which is one of the only reasons he's still playing any more.

Horcoff was signed by the Ducks this past summer, after playing the previous two seasons with the Dallas Stars, to provide a steadying dressing room presence and give Anaheim coach Bruce Boudreau a reliable defensive forward on the ice.

Many will give Horcoff the benefit of the doubt because of the way drug testing is conducted under the current NHL-NHLPA program. The league and the players association marginally beefed up the testing program during negotiations for the last collective bargaining agreement, so that tests are now conducted in the playoffs and off-season.

But if you read the fine print, there are still an awful lot of holes, and players can slip through the net.

In the off-season, testing tends to be more haphazard. A league-wide maximum of 60 individual tests are conducted, meaning less than one out of every dozen players faces the possibility of an off-season test. If you happen to be unlucky enough to be one of the chosen, a player still has up to two weeks to respond and show up at a specified place and time for a test.

Accordingly, if a player really wanted to cheat by using performance enhancing drugs, he could probably get away with it with a minimum amount of advance planning. It is not exactly a bullet-proof system – Horcoff is only the fourth player since 2007 to get caught in the net. There was Sean Hill nine years ago, and then Zenon Konopka (Buffalo Sabres) and Carter Ashton (Toronto Maple Leafs' prospect) in 2014. Konopka and Ashton both issued statements that echoed Horcoff's – mixing in an appropriate amount of contrition with a firm plea of innocence and offering a logical alternative explanation for what happened.

Anaheim general manager Bob Murray was in Vancouver, attending a Team Canada meeting in advance of the World Cup of hockey, when he heard the news. He hastily issued a statement fully supporting both the drug-testing program and Horcoff.

When the Ducks' players showed up for their morning skate before Tuesday's game against the Boston Bruins, Horcoff had already caught a plane back to California. Team captain Ryan Getzlaf gave the Ducks' players a bare-bones account of what had transpired, and then they went out and faced the Bruins without him.

In his statement, Horcoff expressed regret that he hadn't "done his research or checked with the program's doctors before undergoing treatment."

He probably learned fast – that the Performance Enhancing Substances Program is administered by a committee composed of an equal number of league and NHLPA representatives, plus a doctor nominated by each side.

The committee meets once a year prior to Sept. 1 and is theoretically charged with a laundry list of objectives, including developing a policy relating to Human Growth Hormone (HGH), which is currently not subject to league testing.

At some point, they will probably need to firm up policy on recreational drug abuse, too. Currently, if a positive result for a recreational drug is found in a player's PED test, it can only be reported on a "de-identified survey basis" unless the levels are deemed dangerously high.

Horcoff will be eligible to return to the Ducks lineup on Mar. 11, for the final 15 games of the regular season. Currently, he is just six games shy of 1,000 for his career, and has played in all but one game this season.

The only certainty now is that if Horcoff made a mistake, it was an expensive one. He is on a one-year, $1.75-million (U.S.) contract with the Ducks, and will forfeit just under a quarter of that ($357,526.88) as a result of the violation. The system may not have much teeth, but its penalties can sure hurt. 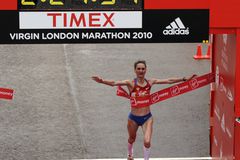