The NHL trade deadline is March 2, and it promises to be another fascinating study in the hockey dynamics of supply and demand.

Once upon a time, teams were willing to turn future first-round draft choices into immediate playoff help just because the urgency to win is always so great. But that didn't happen as much last year, and it may not in the next two weeks.

Many top-end players, from Marian Gaborik to Thomas Vanek, changed hands at the 11th hour a year ago, but the return the sellers received was a fraction of what they hoped. One team, the Calgary Flames, refused to trade future unrestricted free agent Mike Cammalleri because they'd already lowered the asking price once, and simply refused to do so again. The St. Louis Blues and the New York Rangers gave up valuable assets to land Ryan Miller and Martin St. Louis, respectively, but most buyers made out like bandits.

No one was happier than the Los Angeles Kings, who got Gaborik practically for free – the Columbus Blue Jackets picking up half his contract, taking a player (Matt Frattin) that L.A. didn't want off their hands and receiving second- and third-round picks for their efforts. Gaborik ended up as the playoffs' leading goal scorer, with 14, as the Kings won another Stanley Cup.

This year promises to be even more of a buyers' market – the quantity of available players is high, but the quality leaves something to be desired.

Ever since the NHL introduced the "loser" point for teams defeated in overtime or the shootout, the standings generally stay tight until the end of the season, and the playoff races tend to go down to the wire.

But this year, with the separation in the East, there are seven teams that have realistically clinched playoff spots already, and the eighth is currently held by the Boston Bruins. Does anyone think the perennially contending Bruins will cede that final spot to either the Florida Panthers or Philadelphia Flyers? No. So at least six teams in the East are out of contention, as are two others (the Arizona Coyotes and the Edmonton Oilers) in the West.

That means eight teams, maybe more, are making players available between now and the deadline – more sellers than we've had in forever. Simple economics tell you that with all those choices, teams looking for reinforcements are going to be selective shoppers looking for bargain-basement deals.

The Winnipeg Jets have already been shopping at the Buffalo Sabres' fire sale, landing Tyler Myers and Drew Stafford in a blockbuster exchange for a player, Evander Kane, who's suffered a season-ending injury and isn't going to be of use to them until next year.

The most surprising part of the Myers deal was that a first-round draft choice accompanied him to Winnipeg, when the original asking price for Myers was a first-rounder going Buffalo's way, plus a young NHLer, plus a high-end prospect. Just this past Sunday, the Nashville Predators also surrendered a first-rounder to the Maple Leafs to get a third of a season and the playoffs out of defenceman Cody Franson and forward Mike Santorelli, good value for Toronto considering how general managers are loath to give up first-rounders.

Acquiring Myers is different than say, pursuing the Arizona Coyotes' Keith Yandle, who remains a productive offensive player and is currently tied for fourth among NHL defencemen in scoring. But unlike Myers, Yandle will be 29 by the start of next season and is what he is – a quality offensive player who doesn't defend especially well (minus-26 on a bad Arizona team, third worst among defensive regulars in the league).

After Yandle, the available defencemen are all value buys: The Coyotes' Zbynek Michalek, the Carolina Hurricanes' Andrej Sekera, the Edmonton Oilers' Jeff Petry or the Maple Leafs' Roman Polak, a player coveted by the Kings.

Petry may be the right-handed defenceman the Detroit Red Wings covet and a player whose acquisition cost will be less than what Buffalo wanted for Myers. And Michalek is a similar choice for Anaheim or cap-stretched Los Angeles. Philadelphia, whose GM, Ron Hextall, has eight defencemen on his roster, might make one of his spares available for future considerations.

TSN has a leaderboard that they update daily, and right now, the Maple Leafs' Daniel Winnik sits at No. 3 on their list. If the 2015 trading deadline morphs into the Winnik sweepstakes, then good luck to those competing television sports networks, who are going to have a lot of air time to fill during their marathon telecasts. James Duthie is either going to win a Gemini, or lose his mind.

Leafs rebuild starts with a bang – and a late first-round pick
February 15, 2015 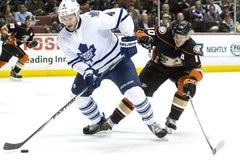 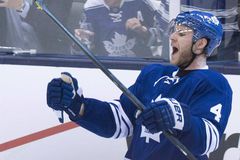 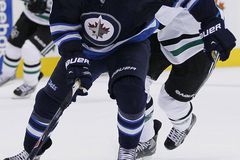 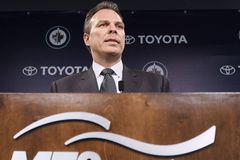 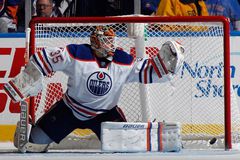