My theory about what happens next with NHL expansion begins with commissioner Gary Bettman – and the starting premise he is always on message when it comes to the broad issues facing the league, because he is well-briefed, logical and stubborn.

So little of what he said during last week's board of governors meetings about the size and state of the league moving ahead represented any real news.

Officially, the NHL has no formal expansion plan, but that doesn't mean it isn't listening to overtures.

It is a nice little semantic dance that protects Bettman from criticism when the league finally gets to 32 teams (from its current 30), which it will do eventually, with Seattle virtually guaranteed to land the NHL's 31st franchise, if you listen closely enough.

Ultimately, the league wants three things from any potential franchisee: An ownership with deep pockets willing to toe the NHL party line; a market that enhances the growth of the league via the geographic footprint Bettman has talked about; and a reasonable chance the team will succeed financially.

Even before they settle on an owner and a wallet, Seattle meets the second criteria. It would be a geographic rival for both Vancouver to the north and the three California teams to the south. Seattle is a perfect fit into the Pacific Division as the eighth team, so whenever those formal approaches come from potential Seattle ownership group(s), Bettman, deputy commissioner Bill Daly and the rest will be all ears.

For alignment purposes, a second expansion team also needs to fit into the Western Conference – and that's where things get tricky.

Most people believe Bettman's affection for Las Vegas as a potential site never waned, even after the faltering U.S. economy put a lot of building projects there on hold. Las Vegas attracts tourists and has hotels with casinos that cater to high-end clients and, thus, it would seem to be a relatively easy task to sell private boxes at a game there.

Even if season-ticket sales aren't great, there should be enough corporate support – along with the drop-in business visitors from cold-weather destinations could provide – to make it theoretically viable. (AEG, a long-time partner of the NHL's with the Kings in Los Angeles, is set to break ground next summer on a 20,000-seat, $350-million arena on land MGM Resorts International owns between the New York-New York and Monte Carlo resorts on the strip, with a view to completing construction by the spring of 2016.)

The wild card in the entire equation is the long-rumored second team for the Greater Toronto Area, which would also represent a 17th team operating in the Eastern time zone and thus force some team to shift west?

Here's a novel suggestion: What if you made the second team in Toronto the 16th team in the Western Conference?

Think about it. Once upon a time, the Maple Leafs played in the Western Conference, so there is a precedent for Toronto playing in the same division as the Chicago Blackhawks, Winnipeg Jets and St. Louis Blues.

If somebody has to go west, it should be the newest addition, not a venerable franchise such as Detroit that dealt with the travel and time zone issues for years, or even Columbus, which doesn't have the history, but also had to deal with bad starting times for TV contracts and excessive travel.

That would be part of the price – and the penance – for getting a second team in Toronto. And it doesn't mean the second GTA team wouldn't play the Leafs or Montreal Canadiens or Ottawa Senators. It just wouldn't play them as much.

There is also some question as to whether the NHL needs to satisfy the Leafs financially if it invades their so-called "territorial" rights.

Well, the Leafs probably wouldn't want to compete head-to-head with a second Toronto team, but if that team were in the other conference, it might make it more palatable. They would never square off in the playoffs – unless both were in the Stanley Cup final – so they could keep the new kids on the block relatively at arm's length.

As for Quebec City, it should absolutely be in line for a team once its new building is complete, but the former home of the Nordiques has a better shot at scooping up a struggling U.S. Sunbelt team and moving the franchise north. (Florida would be the perfect choice.) 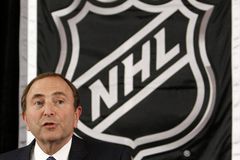 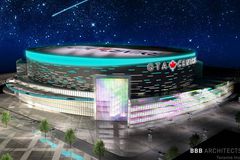 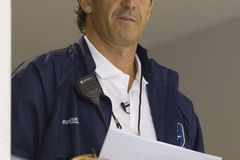 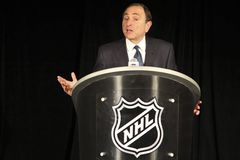