In the last days of December, or just before Mikael Backlund made his return to the Calgary Flames lineup, he would be out there – sometimes before practice, sometimes after – working with fellow injured centre Sam Bennett.

Bennett and Backlund have more than just a position in common. Both underwent surgeries in the fall, Backlund to correct a lingering sports hernia, Bennett to fix a shoulder injury that originally occurred last season.

Ultimately, when the bones of the Flames' current rebuild start to flesh out, the two are expected to play prominent roles in the next winning incarnation of the franchise.

Their absence through the first half underscores an important point as the Flames began a crucial road trip Thursday night against the Arizona Coyotes: That while the current edition of the team is playing a competitive brand of hockey, the future is still very much in the future.

Estimates are that Bennett, the fourth overall pick in the 2014 entry draft, is a month or more away from playing. Still up for discussion is where that playing time may occur – with the Flames, where he is entitled to a nine-game cameo before a decision about his status for this season has to be determined; or back in Kingston, playing for Doug Gilmour and the Ontario Hockey League's Frontenacs.

Since Bennett was considered a medium-to-long shot to make the team this season anyway; a return to junior is almost certain. Maybe the only real decision is whether to drop the carrot of playing a handful of NHL games this season into his lap, just so he can get a real-life taste.

The counter argument is the risk attached to that course of action – thrusting an untried teenager into the lineup when the rest of the league is playing at mid-season pace.

Backlund's near-term future was always far clearer. As soon as he was ready to go, he was back in. A first-rounder back in 2007, chosen 24th overall in the NHL entry draft, Backlund had his best pro season last year, 39 points in 76 games and a plus-four rating on a Flames team that gave up 32 more goals than it scored. That speaks to the sort of defensive awareness Calgary wants from a player approaching his prime.

The last time the Flames were a true contender, the strength of the team was its collection of centres: Gilmour, Joe Nieuwendyk and Joel Otto, maybe the best defensive forward never to win the Selke Trophy. Bennett has been frequently compared to Gilmour while young centre Sean Monahan, a sixth-overall pick in 2013, possesses many of the same strengths as Nieuwendyk.

Backlund may never be as physical as Otto, or as good in the faceoff circle, but he can provide a scoring dimension Otto couldn't. On a good team, Backlund is a solid No. 3 centre – and as Monahan matures and Bennett finds his way to the NHL, that's where he will likely play as the Flames develop and mature.

"I really believe in Mikael Backlund," coach Bob Hartley said. "I think that he's very under the radar when it comes to his two-way play and his hockey sense. This guy is capable of making big plays offensively and at the same time, he's very reliable defensively.

"Coming back from an injury, there's always the unknown – of how it's going to go – because confidence-wise, no player comes back after a three-month layoff, saying, 'I'm going to get a goal and an assist in my first game.'"

According to Backlund, earning an assist on a Mason Raymond goal his first shift back helped "the nervous feelings go away."

"My mindset was to play a smart, simple game the first few games, but also when I had the puck, I wanted to make things happen – hang on to it and not just throw pucks around. I think that's why I've had some success here early on. I've been playing with some confidence and trying to play the same way I played last year. I'm not quite there yet but obviously it's been a good start."

And while this four-game stretch ahead of the All-Star game will determine if the Flames can legitimately stay in the playoff race, the big picture plan remains the same: rotate players in and out over the next 24 months, waiting for Bennett to arrive and for Monahan to mature. Backlund is just 25 and part of the turnaround plan. When things go from work-in-progress to perennial playoff contender, he's pencilled in. 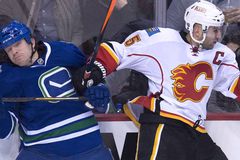 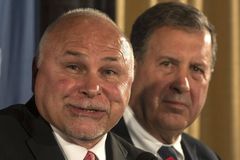 Mirtle: The strange dysfunction of the San Jose Sharks
January 15, 2015 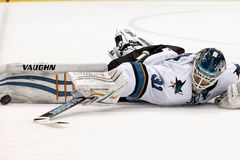 Mirtle: With playoff chances slipping, Leafs season is about what’s next
January 15, 2015 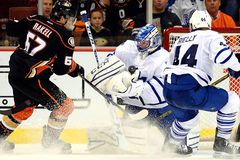 The surprising Islanders find themselves atop the East
January 15, 2015