Of all the diverse moments of Patrick Kane's life captured on YouTube and camera-phone videos, there is one hilarious episode from the wild summer of 2010, after the Chicago Blackhawks won their first Stanley Cup championship since 1961. Kane was 21 at the time and two months earlier, had scored the winning goal in overtime to eliminate the Philadelphia Flyers in six games.

Kane was everywhere that summer, and on Aug. 14, 2010, he turned up at Toyota Park, home of the Chicago Fire MLS team, with the popular singer-songwriter Jimmy Buffett. The custodians of the Stanley Cup had made an offer to Kane – he would get two days to celebrate with the Cup if he spent the second day in Chicago, where he carry it on stage at a Buffett concert.

"Is that even a question?" Kane asked at the time.

So there was Kane, on stage, wearing a Hawaiian shirt and shorts, inexpertly helping out on Boat Drinks, Buffett's hockey song, which he says he wrote one tipsy night in Boston, stumbling out of a bar owned by Derek Sanderson. Kane's dancing is so awkward – more of a shuffle with a touch of high-stepping Rockettes action thrown in – that the next year, Blackhawks TV screened the footage for his teammates so that they could collectively mock his efforts. All in good fun of course. Eventually, the team posted the resulting video on its website and called it the Kaner Shuffle. It had 94,948 YouTube views as of Friday and is worth watching just to see his teammates' collective mirth as they reviewed his form.

This is the Patrick Kane his teammates see, someone who puts himself out there and lives with the consequences, good and bad.

"He's always been a little bit misunderstood in some ways," said Blackhawks defenceman Duncan Keith. "Every guy likes to go out and have fun, especially when you're a young guy. He's no different. Sometimes it just kind of got caught on camera, pictures, things like that. Maybe one incident sticks out in people's heads.

"To me, he's always been a good guy, a good teammate. I think now he's got a girlfriend. You can tell, he's 24, turning 25, he's not 18 or 19 anymore. It's kind of fun seeing him and [Jonathan] Toews get a little bit older, have girlfriends. They're starting to stay in on a Friday night, watch a movie instead."

Toews, of course, is nicknamed Captain Serious and in the age of social media, has a far lesser presence than Kane, who always seems to be having a good time. There were some Blackhawks observers that thought maybe Kane was having too good a time and that if the team ever wanted to return to the winner's circle, they might need to shuffle him off to Buffalo, his hometown, or somewhere else in the NHL.

But general manager Stan Bowman never seriously considered moving him, even in this age of social media, where every step – and misstep – of a public figure's life lands on TMZ or the Internet. As recently as last summer, pictures of an intoxicated Kane at a Wisconsin frat party surfaced, and the Chicago Sun-Times reported team president John McDonough wanted to see "fewer and fewer" of these incidents from Kane going forward, while Bowman expressed a general "disappointment" that they kept happening.

The perception is that Kane, now 24, took the warnings seriously and cleaned up his act this year. On the ice, his 55 points in 47 games would have pro-rated to 85 over the course of a full season, which would have been the second-highest scoring total of his career.

In the third round against the Los Angeles Kings, the local newspapers dubbed him "Hatrick" Kane after he scored three times in a double-elimination win that put the Blackhawks into the Stanley Cup final, which continues with Saturday's second game here against the Boston Bruins. Chicago has a 1-0 lead, thanks to a triple-overtime victory on Wednesday night, a game in which Kane led all Blackhawks forwards in ice time with 37 minutes 49 seconds as coach Joel Quenneville did what he could to get him away from the omnipresent checking of Zdeno Chara.

Like a lot of celebrities, Kane seemed to enjoy his notoriety for a while, but now goes to greater lengths to protect his privacy.

"Whether it's just walking down the street to try to go to a movie, go to dinner, something like that, there are always a few people that recognize you," Kane was saying this past Wednesday on media day. "You kind of learn to wear the hat down low over your eyes, keep the head down and keep walking,"

But Kane added: "There are great fans in Chicago. I think you'd rather have them recognize than not recognize you."

In the three years since their last Stanley Cup final appearance, Kane believes he and many of his teammates grew up as players.

"I myself feel that I'm a well-rounded player, and got a lot better defensively and without the puck as time has gone on," Kane said. "I feel like I'm more focused about hockey now. I'm going to soak it all in, but at the same time take advantage of the opportunity."

Keith has been with the Blackhawks since Kane and Toews arrived on the scene, which coincided with a dramatic turnaround in the team's on-ice fortunes. After years of being an NHL laughing stock, they morphed – in a very short time – into one of the NHL's model franchises. They have a buttoned-down approach from the top down, which is why Kane's antics sometimes fly in the face of the corporate strategy.

But the Blackhawks also have fun on their website, with tongue-in-cheek videos, and intuitively understand there may even be some marketing value in Kane's bad-boy image.

Kane is liked by some and hated by others, and that in-house video, references that: "Haters can keep hating, but I'm just going to dance."

So is Kane any different now than before?

"Yeah, I don't know," Keith answered. "I think obviously they're three years older. At the same time, if we're talking Toews and Kane, they were two of our best players the year we won.

"I think we've all matured over the last few years."

And if the Blackhawks happen to win again, Kane can reprise his three-years-ago appearance at another Jimmy Buffett concert.

Maybe they'll pick Growing Older But Not Up. 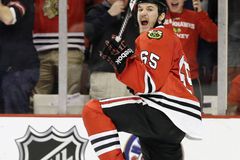 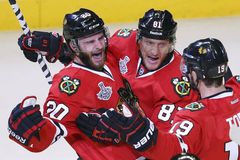 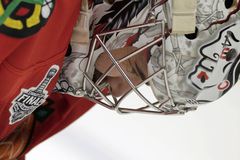 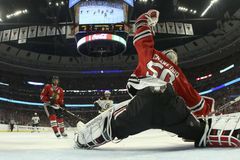 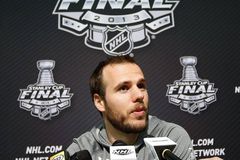 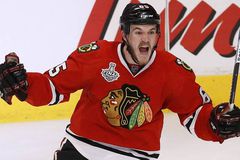 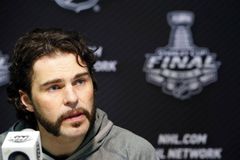