Jarome Iginla has career earnings of $83.825-million (U.S.) according to capgeek.com, the 10th most in NHL history. Moreover, Iginla will pass two of the newest members of the Hockey Hall Of Fame, Peter Forsberg and Rob Blake, next season when the first year of the three-year, $16-million contract he signed with the Colorado Avalanche this past week kicks in.

It is fair to conclude therefore that Iginla's No. 1 priority in selecting the Avalanche over a handful of other suitors - including of all teams, the Vancouver Canucks - was not the money. Iginla was always like that, come contract time. In his years with the Calgary Flames, he wanted a fair deal, but he wasn't trying to squeeze maximum dollars out of them either. For eight years in a row, he made $7-million per season – the going rate for players of his stature (two Rocket Richard trophies, three first-team all-star berths).

No, the lure of Colorado was the chance to finally win a Stanley Cup on what is likely to be the final contract of his NHL career (and which will leave him just shy of $100-million in lifetime compensation). You can buy a lot of waterfront property in Belize for that kind of dough.

Iginla took a long hard look at where the best opportunities to win might be and based on conversations with both long-time teammate Alex Tanguay and the Avalanche's president of hockey operations, Joe Sakic, came away convinced Colorado was that team. Iginla made the point to the Denver Post on the weekend that Colorado's raw youth was not a hindrance in his mind – that the Pittsburgh Penguins won their one-and-only championship of the Sidney Crosby era when Crosby was 21 and Evgeni Malkin 22; and that the Chicago Blackhawks won the first of two with the current core group when Jonathan Toews was 22 and Patrick Kane 21. The point is, if the talent is precocious enough, then the age on the birth certificate is not necessarily an impediment to winning. On the contrary, it might be an asset.

Nathan MacKinnon, the winner of the 2014 Calder Trophy, looks as if he could challenge Crosby, Toews, Anze Kopitar and that collection of centres within the next two years – what with the power in his game; his on-ice vision and his ability to play at a high-level in the team's home playoff games. Gabriel Landeskog, Ryan O'Reilly and Matt Duchene all look as if they can be difference makers in terms of winning and losing. Both the Penguins and the Blackhawks had good supporting casts and Colorado made an effort to address that too, adding Iginla's experience, along with Briere's and also Brad Stuart's on the blueline.

If anything, the NHL's Western Conference should be even more dominant next year than last year, what with Iginla's return and Jason Spezza's migration to the Dallas Stars, leading the free-agent charge. If you read between the lines, Avalanche coach Patrick Roy didn't think his team was ready for a major playoff surge this year, even though they finished the regular season ahead of both the St. Louis Blues and the Blackhawks, an extraordinary feat considering they were coming off a last-place finish in the conference.

They have a really nice nucleus in place but must make peace somehow with O'Reilly, who they are taking to salary arbitration. O'Reilly gives them a ton of flexibility, given that he, Duchene and MacKinnon have all played centre and wing for the team since their NHL arrivals. Iginla was essentially swapped in as a top-six forward to replace Paul Stastny, who signed with the Blues, and the expectation is that he will start on the same line as MacKinnon and Landeskog at camp.

But Roy has some options, depending upon Tanguay's health and Daniel Briere's viability to play a larger role than he had in Montreal this past season. Iginla and Tanguay have had excellent chemistry over the years – and arguably might have been consistently the best setup man he's ever played with (apologies to Craig Conroy). There are concerns that Iginla can keep up in the Avalanche's go-go-go style of offence, but if that proves factual, Roy could put together a veteran trio featuring Iginla, Tanguay and Briere that would face a lot of third defence pairs. Put it this way: The Iginla-Tanguay history/friendship might create options for Roy.

Ever since leaving Calgary, Iginla tried to win his championship first  in Pittsburgh, then in Boston, and it didn't work out either time. For whatever reason, they Bruins couldn't get it together this year in the second round against Montreal, though they were the NHL's top regular season team and Iginla was, as predicted, reinvigorated by the chance to play on a contending team.

In Colorado, he gets essentially three more cracks to win and do a Ray Bourque; and while he'll probably be a better player in Year 1 than in Years 2 or 3, the Avalanche should just continue to grow in each successive year. When Ryan Kesler was traded to the Anaheim Ducks, he made the point that not only does he want to play on a championship team, he also wanted to be a big part of contributing to that championship. Iginla does too.

THE RADIM VRBATA WATCH: The two-year, $10 million contract that Radim Vrbata earned from the Vancouver Canucks raised some eyebrows, largely because Vrbata has only ever had success with the Phoenix (now Arizona) Coyotes. The last time he went on the free-agent market, signing with the Tampa Bay Lightning during the crazy days of the Len Barrie/Oren Koules ownership era, it didn't work out at all. Only a return to Arizona helped Vrbata get his career back on the rails. But the Canucks took a leap of faith, that Vrbata could develop some chemistry with Daniel and Henrik Sedin, and if he does, then the investment will pay off. It means they probably don't imagine Alex Burrows returning to that spot, though Burrows may have something to say about that in training camp, after completing a discouraging injury-filled season. "It wasn't all about money. It was about the fit and Vancouver, with the way the Sedins play, I think it's the way I play," Vrbata told The Arizona Republic. "They like those give-and-goes, and they like to beat the defence by passing and smarts, and that's something I think I'm good at."

THE ARBITRATION WARS: Twenty-players elected to go to salary arbitration; and most won't make it there, with teams and players often discovering that they can negotiate a deal rather than go to war with each other in front of an arbitrator, which often results in irreparably damaging the relationship between the two. The most notables are clearly the Montreal Canadiens' P.K. Subban, plus two Toronto Maple Leafs (James Reimer and Cody Franson), as well as three New York Rangers, Derick Brassard, Chris Kreider and Mats Zuccarello. Brassard's value to the Rangers has been enhanced even further after they issued a compliance buyout to Brad Richards (who subsequently signed with Chicago and theoretically will replace Michal Handzus as the team's No. 2 centre) and the Rangers will argue for short-term, medium-value contracts for both Kreider and Zuccarello on the grounds that both have really only one good NHL season under their respective belts… There was speculation in Detroit recently that the Red Wings would try and sweet talk the Buffalo Sabres out of Tyler Myers, on the grounds that they have some good young forwards coming but could really use one more blue-chip young defenceman in the mix. Detroit re-signed Kyle Quincey after failing to make any sort of free-agent dent. Myers is interesting because he is from the same draft class as Drew Doughty and Alex Pietrangelo among others and has intriguing upside. All the things they're saying about Myers they used to say about Chris Pronger. The Sabres gave Myers a seven-year deal coming out of his entry-level contract – unlike Montreal with Subban, they didn't insist he play on a bridge contract – and the bonuses mean about $18-million out of the $38.5-million in total have been burned off. So that's an attractive contract attached to a player with potential. Hard to imagine the Sabres dealing him, but if they do, the Red Wings probably have the prospects to make it happen… With David Legwand signing a two-year, $6-million contract to essentially replace Spezza in Ottawa, it looks as if the last team left searching for help at centre is Legwand's former team, the Predators. Nashville did sign Olli Jokinen to a one-year contract extension and have Mike Fisher there already, but they are one team that could take on Vincent Lecavalier from the Philadelphia Flyers, if Philly eats part of the contract… The man who drafted Myers in Buffalo, Darcy Regier, joined the Coyotes this past week, as the assistant to Don Maloney, essentially replacing Brad Treliving, who left the organization to become Calgary's new GM at the end of last season. Maloney and Regier previously worked together in the New York Islanders' organization and thus have a long history. Just before the Sabres dumped him, Regier made that great deal with the Islanders, landing a No. 1 pick in the 2015 draft from the Islanders to rent Thomas Vanek for part of a season. 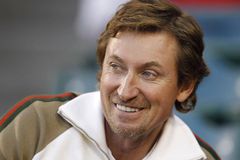 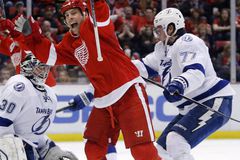 Linden takes a breather after rapid remake in Vancouver
July 3, 2014 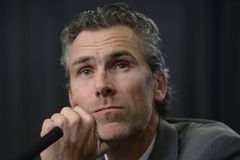 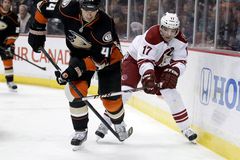 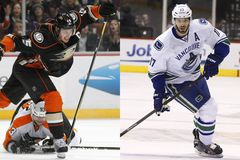