Even though the NHL is playing it down, Tuesday's presentation by Quebecor and the Las Vegas group known as Black Knight Sports & Entertainment to the league's executive committee is the most important event yet in the formal expansion process.

The two groups will make their respective pitches in advance of the quarterly board of governors meetings in New York – the third and final phase of the NHL's decision to tentatively dip its toes into the expansion waters.

It is a make-it-or-break-it day for Quebecor, which is forging ahead with its plans despite the precipitous decline in the Canadian dollar and the fact that the cost for an expansion franchise could exceed a staggering $500-million (all figures U.S.).

The executive committee is composed of prudent and experienced NHL governors who carry a great deal of weight with the rest of the board. Their job will be to ask the applicants the hard questions about their business plans and revenue projections; if committee members like what they hear and recommend in favour of the two applications, then the NHL will almost certainly decide at some future meeting to expand for the first time since 2000.

Many have characterized the league's interest in expansion as a cash grab, and though senior NHL officials cringe when they hear that term, the money is absolutely part of the equation. Commissioner Gary Bettman has said the league wouldn't be interested in any applications for a fee less than $500-million.

The hefty buy-in is one reason why, when the NHL formally opened the expansion process last June, only two groups came to the table with completed applications. And the NHL wanted to weed out the tire-kickers by creating a narrow window for application and demanding to see the colour of the applicants' green right away, in the form of a $10-million application fee, $2-million of which was non-refundable.

Financially, the downside of adding two new partners is that revenues that are pooled – such as broadcast rights fees – would be divided 32 ways, rather than the current 30. So the current owners have to balance that against the windfall of $1-billion in expansion fees – funds that, under the current collective agreement, are not shared with the players and thus go straight into 30 existing owners' pockets.

All along, the best thing Quebec City had going for it was the smashing box-office success of the Winnipeg Jets.

There was some initial resistance to the relocation of the Jets from Atlanta, because league governors feared Winnipeg's revenue would be relatively modest compared with the other larger markets in Canada – and thus the franchise would need to draw equalization payments from the league's revenue-sharing system.

But Winnipeg bought the Atlanta Thrashers for less than half of what Quebec City might have to pay, and the Jets have done so well at the box office that they are doing okay financially. Unhappily, the recent slide in the Canadian currency has changed the league's revenue picture (because Canadian teams have generated a disproportionate share of NHL revenue).

Bettman has spoken cautiously about the expansion process on the rare times he is willing to venture an opinion at all. His message has been consistent: The NHL could add one or two teams, or maybe none at all, depending on what the league hears from the applicants.

Asked by TSN radio in Vancouver radio last week how close the NHL is to its 31st and 32nd teams, Bettman answered: "Don't know. We're in a process. We have a lot of work to do in making the decision one way or another." He went on to characterize the decision as "not one you take lightheartedly … or one you make just to balance off divisions. My bigger concern is, I don't want expectations raised in places where maybe they shouldn't be raised. So let's move nice and slow."

The NHL wholly endorsed Las Vegas's season-ticket drive back in the winter. When asked specifically about Quebec City, Bettman's was wholly non-committal: "Obviously, Quebec is one of two applications and we have to go through an evaluation process."

Certainly, pumping an extra $1-billion into the league's coffers will appeal to teams currently operating in the red – and there are still lots of those. Privately, the fear among the more conservative governors is the Canadian dollar: If its value continues to fall, can new teams pay the entry fees and tap into sufficient revenue streams to stay solvent?

If the Canadian dollar was where it was two years ago, you'd have to like Quebec's chances. The loonie's decline will force the board to think on it a little longer and a little harder than they might have if the currency wasn't in question.

With the expansion talks coming to a head, the Montreal Canadiens played the Pittsburgh Penguins in an exhibition game Monday night at the new arena in Quebec City. One wonders: The next time the NHL plays a game at Videotron Centre, will it be in front of a crowd with a newly minted expansion franchise in its hip pocket? Or one that was priced out of the game by the slip-sliding Canadian dollar? 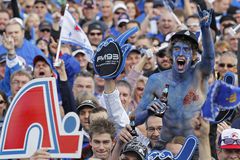 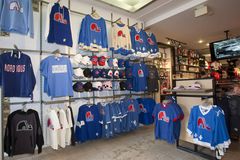