The San Jose Sharks did the expected Monday, parting ways with coach Todd McLellan. Officially, it was positioned as a "mutual" agreement, something both the organization and McLellan wanted – and probably reflects the reality of the dysfunctional situation that had developed in San Jose pretty accurately.

Sometimes, a coach's shelf life runs out with a team – and McLellan witnessed that first hand two years ago, when his Sharks knocked the Vancouver Canucks out in four games, a playoff sweep that led to Alain Vigneault's firing.

There'd been rumours of McLellan's departure from San Jose dating all the way back to last spring, when the Sharks lost in the opening playoff round to the Los Angeles Kings after blowing a three-game lead.

Many believe the reason the Maple Leafs waited so long to clarify Randy Carlyle's status with Toronto last summer, or why the coaching hire in Florida took forever was because NHL teams were waiting to see if McLellan might somehow come free back then.

Now that he's available, McLellan will have multiple options as soon as the smoke clears and all the off-season coaching vacancies become clarified.

"I'll be open to anything really," said McLellan, in a conference call with reporters, who also added that unlike some coaches who take sabbaticals between jobs, he wants to jump right in, assuming someone is interested in him.

McLellan, for any one not following closely, is the second fastest NHL coach to 300 wins in history and over seven years with the Sharks produced a .637 winning percentage. He apprenticed for the job in San Jose by working on Mike Babcock's staff with the Detroit Red Wings for three years and during that period of time, overlapped with Leaf president Brendan Shanahan during Shanahan's final year in Detroit.

McLellan was in charge of the Red Wings' power play, which was first in the NHL that season; and Shanahan scored 14 of his 40 goals that year with the man advantage. McLellan characterized his relationship with Shanahan as "very good" but added: "I had a good relationship with everybody in Detroit. When you look at the staff, Babs was the coach. We were in Year 1. He was doing everything he could to establish himself there. Paul MacLean was there and I was there as the relative new guy to the staff.

"I was the good guy a lot more than I was the bad guy there.

"Our paths crossed throughout his time with the NHL as well. That's how I would summarize it."

McLellan is an exceptional communicator – and until this season, did well with an eclectic group of Sharks' players that was always better than the sum of its individual parts. They never had great goaltending. Apart from Dan Boyle and Marc-Eduard Vlasic, they had a journeymen collection of defencemen – and though Brent Burns gave them an interesting weapon there this year, after he moved back from forward, he remains the same high risk, high reward option he always was.

Up front, after the big four – Joe Thornton, Patrick Marleau, Joe Pavelski and eventually Logan Couture – there was a mishmash of talent. But the Sharks made the playoffs McLellan's first six seasons and that sort of consistency often comes down to coaching - managing the group of players they put at your disposal the best way you can.

Just about everybody who follows hockey knows that McLellan will follow in the footsteps of Peter Laviolette, Barry Trotz and Vigneault, other coaches who've been cast aside by one organization only to get quickly snapped up by another.

Toronto is a possibility, as is Detroit, if Babcock leaves, as is Philadelphia, now that Craig Berube is out, as is Buffalo, after Ted Nolan was fired. Moreover,  don't rule out Edmonton, which is taking a wait-and-see attitude with Todd Nelson, but suddenly became a more attractive destination after winning the draft lottery Saturday, which gives them the chance to select Connor McDavid, a potential generational player.

McLellan says his relationship with Craig is "just evolving. Our sons are very close, Sean and Tyson, they played together in Waterloo. We've talked throughout the year, but we've talked a lot more about what's going on in the United States Hockey League than in the NHL. I've got a ton of respect for him. His path and timing in Edmonton was similar to mine in San Jose over the years."

When asked specifically if he'd like to coach McDavid, McLellan answered: "I'd like to coach a great group of hockey players next year. Connor McDavid, obviously everybody's talking about him and his ability to come and have an impact. I'm assuming the Oilers will pick him No. 1.

The wild card is also the largest unknown – what does Babcock do next? His contract with the Red Wings is up, which makes him a free agent after this season.

But with the Leafs embarking on a scorched-earth rebuild, it is hard to imagine that is something Babcock truly wants to be part of. Babcock's mentor for many years in Detroit was Scotty Bowman and Bowman will be the first to tell you that he wouldn't have had nearly the success he did – 1,244 career wins – without constantly surrounding himself with good teams.

There'll be a lot of established teams potentially looking for coaches this summer; and there's no reason to think Babcock is absolutely leaving Detroit either.

McLellan, on the other hand, is now available and probably has the proper temperament to manage life in Toronto as well as anyone can, on or off the ice. He can defuse the sort of craziness that keeps coming up in Toronto – "drive-by shootings" was the colorful way the Winnipeg Jets' coach Paul Maurice phrased it earlier this season.

No matter who inherits the Toronto job, after its massive house cleaning, there'll be work to do, lots of it. But McLellan is as qualified a candidate as there is, and coaches of his pedigree generally don't linger long on the unemployment line.

For the Maple Leafs' sake, they'd be well-advised to reach out to him sooner rather than later. 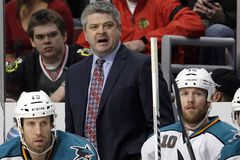 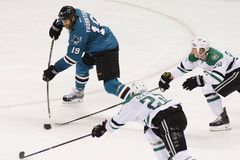 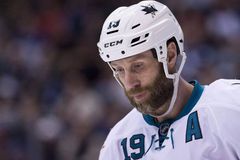