During the years Wayne Gretzky spent outside the NHL family, his explanation for keeping the game at arm's length always riffed on the same basic theme – he was at a good place in his life, able to spend time with his family.

As a result, he wasn't really looking for an official position with any team and was content to bide his time on the sideline and enjoy the action as a fan.

Professionally, Gretzky was as busy as he needed to be running his annual fantasy camp, doing promotional work for a number of long-standing clients and getting a chance to be around his two youngest children, Tristan and Emma, who are still at home.

But there was another reason: Gretzky wasn't coming back until the NHL did right by him – an event that has finally occurred.

Sources with knowledge of the situation said Tuesday, an agreement had been reached with the league in which Gretzky will be paid slightly less than $8-million (U.S.) – money owed the hockey legend by former team owner Jerry Moyes as a result of the Phoenix Coyotes bankruptcy proceedings in 2009.

The impetus for the settlement began in the summer, when the NHL finally unloaded its ownership stake in the financially troubled Phoenix franchise to a group led by Calgary financier George Gosbee.

Once Gosbee and his group bought the team from the NHL – and it became clear the league could not recover the money by suing Moyes – talks aimed at making Gretzky whole moved along fairly briskly.

Now, you have to know a little bit about Gretzky to understand the next part of the story.

Gretzky would never – and may never – acknowledge publicly that he was at odds with the league. His standard answer when asked about his relationship with NHL commissioner Gary Bettman was always the same: it was good; he had no quarrel with him personally, and moreover, everything Gretzky had in life, he owed to hockey.

That is a critical, repetitive theme in Gretzky's personal canon. It means, among other things, he would never consider biting the proverbial hand that fed him. It's not in his makeup or his personality. Ever since he inadvertently dissed the New Jersey Devils as a "Mickey Mouse operation" in the early 1980s, Gretzky has carefully avoided saying anything that would smack of controversy. He is genuinely interested in avoiding conflict, rather than engaging in it.

Still, you always had the sense this issue wounded him just a little.

The money was important – it always is – but so was the principle. Gretzky's compensation package with the Coyotes was tied as much to his intrinsic iconic value to the franchise as it was to his job at the time – which was head coach.

Not even Scotty Bowman, at the height of his influence, earned $7-million to $8-million to coach a team, which is why Gretzky took a fair bit of criticism when news of his compensation package became widely known. Still, a debt is a debt and Gretzky always had a strong sense of right and wrong. He has been waiting four years for the NHL to do the right thing by him.

Just how long it will take Gretzky, who coached the Coyotes from 2005-09, to return to the fold – and in what capacity and with what team – is unknown at the moment.

There will be interest in Toronto, where Maple Leaf Sports and Entertainment Ltd. president/chief executive officer Tim Leiweke fully understands the value of associating yourself with bullet-proof brands (see David Beckham, with the MLS's Los Angeles Galaxy, or the rapper Drake, with the NBA's Toronto Raptors).

And for years, L.A. Kings general manager Dean Lombardi has been trying to get Gretzky to have a greater association with the NHL team that put him on the U.S. map.

It had been a curious cold war, if only because the NHL generally understands the value of marketing only too well. Now, the impasse with Gretzky has been overcome – and about all you can really say is, it's about time. 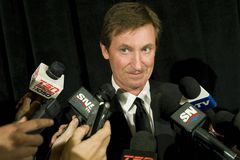 The Great One the quiet star in Nagano 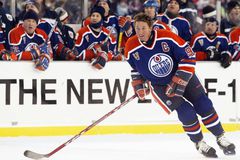 The great offside: How Canadian hockey is becoming a game strictly for the rich

Mystery of magic hockey hands starts and ends at the head 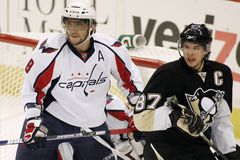