A lively day of NHL general managers meetings wrapped up Tuesday in Toronto with two main pieces of news emerging. The league is going to slightly tweak the coach's challenge, introduced for the start of the current season, so it can be handled in a more expeditious manner, perhaps by involving the war room in Toronto.

The second – and maybe more intriguing development – is that, once and for all, the league aims to reduce the size of goaltending equipment.

In the usual way that every progressive step undertaken by the league comes with unintended consequences, some coaches are now using the challenge as a delaying tactic, giving their players a breather while they ask for a review of an offside or goalie-interference call that is clearly neither.

That sort of behaviour was the No. 1 target on the GMs' hit list, with the Nashville Predators' David Poile noting that while the purpose of the coach's challenge – getting more calls right – has been accomplished, "the one little bit of a negative is it's been used as a little bit of a delay tactic on things that are obviously not offside or goalie interference. My personal viewpoint is, Mike Murphy and his staff [at hockey operations] in Toronto, they do this every night. They see all these views. I would push for them to be a little helpful if needed in these situations."

On the challenge itself, Poile added: "Is it perfect? No. But it's certainly helping these iffy situations get the right call most of the time."

In all, there have been 32 coach's challenges through the opening 215 games of the 2015-16 season. Of those challenges, 21 calls were upheld, while 11 were overturned. Almost three-quarters of the coaches challenges (23 of 32) were for goaltender interference (16 upheld, seven overturned), while the other nine have been for offside (five upheld, four overturned).

Of course, the last thing the NHL needs right now is for more goals to be disallowed at a time when goal scoring continues to be problematic for even the most talented players. Toronto Maple Leafs coach Mike Babcock last week added his voice to a growing chorus of those who want to see more scoring in the NHL.

If players at that level have such trouble finding the back of the net, then the NHL needs to enhance scoring chances, not diminish them.

The GMs gave an overwhelming thumbs-up to three-on-three overtime, which has been both fun, mostly well received and decisive – 69.8 per cent (30 of 43) of games that required overtime this season having been decided in the extra period rather than by shootout. Last season, 44.4 per cent of OT games were decided in the four-on-four format.

However, GMs were less sure how exactly to increase scoring, which is stuck at 5.3 goals a game, well below the postlockout high of 6.17 in 2005-06.

Colin Campbell, the NHL's senior executive vice-president of hockey operations, revealed Tuesday that GMs were asked to start brainstorming in advance of their next meeting in March to come with creative ways of getting more scoring – or at the very least more scoring chances back in the game.

The first target is the extra-large equipment worn by today's goaltenders. According to Campbell, the league has received the go-ahead "from the owners, general managers and players association through our competition committee last season to make changes before next season to the goaltenders' equipment. If that doesn't' work, maybe we'll have to look at bigger nets."

Campbell cautioned that installing larger nets would raise so many logistical issues that they better try everything else first before they take such a drastic step.

"The players are partners with us in this game, and there are a lot more players than just goaltenders who want to shoot and score," Campbell said. "It's getting pretty tough to put the puck in the net these days with the size of goaltenders. It's one thing to have large equipment; it's another to be 6 foot 6. We can't legislate against that."

"Really, the question is: Are we unhappy with the number of goals that are being scored? I myself would like a little more goal scoring. I have ideas, [and] one of them would be to continue to reduce goaltending equipment. I know it can be done."

Poile said going to bigger nets should be a last resort, and in the meantime, "we should be challenging each other, as players and managers, to come up with ways to put more offence in the game, if that's what we think the game needs. That will be as important a topic as anything come March." 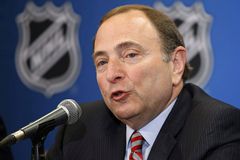 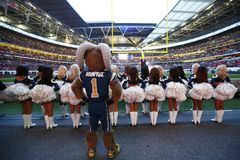 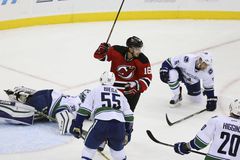