When the NHL's disciplinary chief, Brendan Shanahan, handed down a 10-game suspension to Buffalo Sabres forward Patrick Kaleta last week, he was clear about his motivation.

The incident – in which Kaleta delivered a blow to the head of Columbus Blue Jackets defenceman Jack Johnson – would have been under review, no matter who was the perpetrator, but the severity of the penalty had everything to do with Kaleta's status as a repeat offender.

It is a precedent common in jurisprudence around the world, not just the NHL's way of handling discipline.

A first-time offender can sometimes catch a break if the circumstances of the hit or a collision were in any way ambiguous. But in Kaleta's case, after six times previously being dinged by the NHL justice system, a stronger message was deemed warranted because the other penalties hadn't penetrated his cerebrum or caused him to materially change the way he played the game.

Most everyone agreed it was the right decision – or if anything, didn't go far enough in punishing a player whose primary function seems to be to cause physical harm to an opponent.

But Kaleta has the right to an appeal under the collective agreement and, Monday, he exercised that right.

His first overture was made to NHL commissioner Gary Bettman, who had the right to increase, decrease or uphold the sentence imposed by Shanahan. Following Bettman's review, if Kaleta's suspension remains six games or more, he has the right to a second appeal to an independent arbitrator.

This was a critical point of negotiation for the NHL Players' Association during last year's CBA talks, because it did not believe Bettman would ever meaningfully disagree with the men in his league's hockey operations department.

And while Shanahan is the public face of that group, it is a larger collection of individuals that debates such penalties and works to achieve a consensus before the "Shanaban" videos are posted on the NHL website.

In NHL circles, it is viewed as a test case of players' rights under the CBA – and especially the idea Kaleta's hit on Johnson should be evaluated on its own and not as part of his larger body of work.

Even though Kronwall acknowledged mitigating circumstances on the play – and assumed part of responsibility for putting both players in a dangerous situation – Shanahan gave McLeod five games on the grounds he had "time to avoid or minimize checking Kronwall from behind."

There seems to be far less of a grey area in the Kaleta hit – in which he travelled a long distance to hit Johnson in the head.

Hockey is a contact sport and there will always be injuries as a result. What the NHL is trying to do now is weed out the most dangerous plays.

A decade ago, some of the files currently crossing Shanahan's desk wouldn't have been considered for supplementary discipline. They would have been dismissed as hockey plays, nothing more and nothing less.

The NHL is trying to change behaviour and it is proving to be a tough slog, in part because every hit is different and there is no one-size-fits-all disciplinary solution. And the learning curve is proving difficult for some players to absorb.

It wasn't always this way with Kaleta. He scored 10 goals in an NHL season once (2009-10, you can look it up), reasonable production from a bottom-six forward in 55 games, provided he gives you reasonable in-control, two-way play – the way a handful of reformed serial offenders are doing now (from Matt Cooke to Steve Downie).

Kaleta needs to figure that out, too. Sadly, if his suspension gets reduced in any meaningful way, it will send the absolute wrong message to him – and to every NHL player. 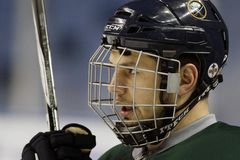 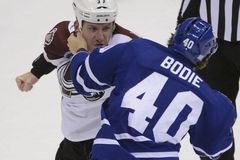 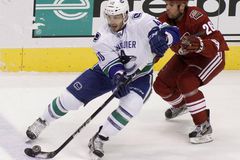 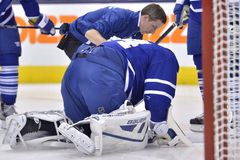 Orr opens up about life, career and the state of hockey
October 18, 2013 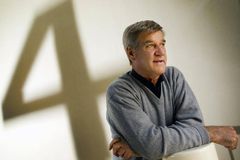 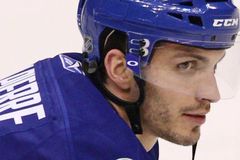