The first drill on Saturday morning is a five-on-five zone exit and zone entrance exercise, two tasks the Vancouver Canucks often failed last year, moving the puck out of their own end and up the ice.

The drills run fast, two-on-two rushes, one-on-ones that become two-on-twos, one-on-one battles in the corner – all punctuated and propelled by bursts of the head coach's whistle, wrapped around the right glove of rookie NHL bench boss Willie Desjardins.

Desjardins, 57, long ago told his wife, Rhonda, that he'd become a head coach in the NHL. When he signed on in Vancouver in late June – turning down the same job in Pittsburgh – Desjardins joked that he didn't know it would take a quarter-century to make good on his goal.

At a glance, the new coach does not appear all that dissimilar to the old coach. Desjardins stands 5 foot 8, the same as John Tortorella. Desjardins has a grey-and-black mustache. Tortorella favoured a goatee, grey and black. The gulf between the men, however, is significant. When the Canucks fired the temperamental Tortorella, a primary criterion for a new coach was someone calmer, someone who led by a quiet gravity rather than angry shouting.

The tone around the Canucks, even if the team's prospects are mixed, has decidedly lightened compared with the stage dramas of recent years. Desjardins has a lot to do with it. He is the epitome of down home, down to earth. Raised in small-town Saskatchewan, Desjardins established a winning reputation as a coach, most recently claiming the championship of the AHL with the Texas Stars last spring.

He hasn't changed much. He isn't used to the klieg lights of the media attention in Vancouver, but handles it with no stress. He has an easy laugh. This job is the culmination of a lifetime of work but Desjardins has been ready a long time.

"Willie is a real breath of fresh air," said Trevor Linden, the team's president. "I've got high hopes for what he can do with this group."

Desjardins arrives in the NHL with an established personal playbook, a series of practice drills fashioned over the years. The paces through which he runs the Canucks are not dissimilar to the drills he ran back in Medicine Hat a decade ago when he was winning WHL titles.

The most striking difference between the new coach and the old coach is the new one sees himself as a conductor, whereas the old one positioned himself as the central pillar. Tortorella aimed to tear down and rebuild the Canucks in his own image. Desjardins aims to marshal a group of hockey players in their own character. He doesn't believe he has a singular answer.

"I'm not necessarily a leader of the group," Desjardins said on Saturday outside the arena in Whistler, his arms akimbo. "Our leadership comes out of our players."

It's when he speaks of his playbook that the distinct difference between last year and this year emerge. He is not stubborn. "The right fit's the one you win with. It's not like you come in and go, 'This is what we're doing no matter what.' We'll start this way, and we'll see where it goes, and we'll adjust."

Players are impressed. From Day 1 on Friday, Desjardins's focus has been on crucial elements the Canucks need to improve, zone exits and entries, and the shootout. Under Tortorella, puck movement was a mess, and the shootout spurned, ignored.

"For an older guy," said winger Chris Higgins, chuckling, about Desjardins, "he's got a firm grasp on the trends in hockey. He puts an emphasis on puck possession, which is great. They have a different read on the game than the last coaching staff."

Higgins had played for Tortorella in New York, as well as last season, which began to crack apart when Tortorella attempted to fight rival coach Bob Hartley of the Calgary Flames.

In Desjardins, the Canucks have a "players' coach," said Linden Vey, the 23-year-old acquired from Los Angeles who played for Desjardins for three seasons in junior hockey in Medicine Hat.

"He brings so much passion to the game," Vey said. "He's a guy you really enjoy playing for." Vey said Desjardins builds a team on the idea every individual, player and coach, has to earn each other's respect. Desjardins is boss – but this is not authoritarian hockey.

"You respect a coach like that," Vey said. "You're willing to put everything on the line for him." 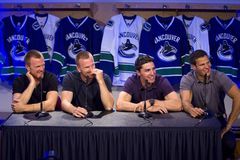 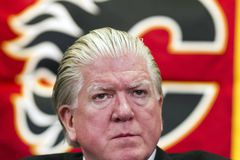 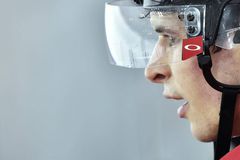