The Edmonton Oilers were, for years, in survival mode – led by a cash-strapped ownership group, bleeding money and sagging under the burden of a low Canadian dollar.

With the austerity came the reality of a small-market Canadian city. Stars left almost a soon as they came on the scene, quick playoff exits were considered a success and the threat of relocation loomed large.

This is the reality Edmonton's city council hopes to rid itself of once and for all.

And they think taxpayers are willing to pay to do it.

On Wednesday, after five years of negotiations, council and the Oilers agreed on a deal to build a new NHL rink – a $601-million project that includes a $480-million arena. It will have all the bells and whistles that club owners, such as the Oilers' Daryl Katz, dream of: more seats, more luxury boxes, and full control over revenue and a taxpayer subsidy to underwrite it all.

Questions remain, including a missing $100-million from the province and no plan about how to cover cost overruns, but arena advocates celebrated the deal as long overdue. One clause in particular rings true for longtime fans – the Oilers won't move in the terms of the 35-year deal.

"Hopefully this is behind us now. I look forward to the shovel going in the ground," a jubilant Mayor Stephen Mandel said Wednesday, saying the project was now "100-per-cent" complete. He dismissed concerns about the missing provincial funding. "All the other stuff is just going through the steps," Mandel said.

The notoriously private Katz did not attend Wednesday's meeting, sending staff, lawyer John Karvellas and five Oilers players instead. The arena is set to open in 2016, the year when two of those players in attendance, Jordan Eberle and Taylor Hall, will each earn more than the Oilers' annual commitment to help pay for the rink, about $4-million.

Katz's representatives had endorsed a final framework presented to, and passed by, council on Wednesday. The Oilers pledged not to reopen the contract over its term.

"We had to be ultimately satisfied this was a deal we could live with for 35 years," Karvellas said.

The $601-million project, includes the $480-million arena, a $21-million community rink, a $53-million overpass, a plaza of shops dubbed the "Winter Garden," a light-rail transit station and other facilities.

A total of $143-million will be contributed by the Oilers owner, who will also invest in commercial development around the site.

The city will own the arena and pay for any major upgrades, but the Katz Group will operate and maintain it while paying $250,000 in annual property taxes. The Oilers will also receive all revenues from the rink, including lucrative naming rights, as well as $2-million in annual advertising from the city. The Katz Group will also pay its construction costs over the 35-year deal.

All told, the club will pay the city roughly $4-million a year, about double its rent at its current, aging rink, Edmonton's chief financial officer Lorna Rosen said.

The deal was not unanimous, passing a 10-3 vote. Councillor Kerry Diotte said taxpayers are giving too much money to the private hockey club.

"I really believe a new arena is a excellent idea, but any deal has to be a win-win," Diotte told council, adding: "This deal is not a win-win for Edmontonians."

Mandel, leading those in favour, said the city's contribution is small potatoes in comparison to its $9-billion overall capital plan. "I think without this kind of a project, we will not be the city we can be," he said, adding it's not fair to vilify the small-market Oilers for pushing for a more lucrative deal.

Late last year, the city voted to cease negotiations with the Katz Group. Talks started up again in December. Last Friday, Katz met with NHL commissioner Gary Bettman, Mandel and city manager Simon Farbrother, who eventually recommended council approve the deal. Bettman helped the club and the city break an impasse on three unspecified sticking points with the mayor praising Bettman as a commissioner who has long been a champion for the viability of NHL hockey in small-market Edmonton.

Questions remain, including what happens if the project goes beyond $480-million. City staff simply said it won't, although it is already over its initial budget of $450-million.

Eyes will also turn to the province. The city is banking on a total of $114-million in "other government" funding. It includes $100-million for the NHL arena from the province, and $7-million each from Ottawa and the province for the community rink.

Though Mandel was "absolutely confident" the provincial money would come – likely through an indirect way, such as a lottery – other councillors wondered why the deal was rammed through without a provincial commitment. Spokespeople for Alberta's finance and municipal affairs ministers both said Wednesday nothing has changed.

Property taxes will not increase for the project.

Instead, the city will raise its funding through something called a "community revitalization levy." Essentially, the city is banking on the arena spurring development along the north fringe of downtown, which would increase property values and, as such, tax revenue. It's the increase that will help finance the arena.

The fate of the existing rink, Rexall Place, remains unclear. The city will cease its ongoing subsidy, about $2.5-million annually, to Rexall once a new rink is open. Built in 1974 as the Edmonton Coliseum, Rexall Place one of the league's smallest and oldest facilities.

The new rink will have a different name, Oilers president Patrick LaForge said, as the club plans to sell naming rights to the highest bidder rather than keep it for one of Katz's companies, such as Rexall. 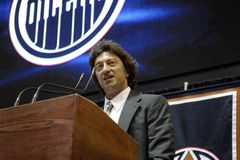 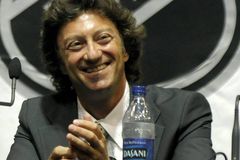