The Edmonton Oilers' past and present collided on an action-packed, nostalgia-laced Wednesday at Rexall Place. In the morning, the rookie centre Leon Draisaitl was there with the rest of the Oilers' kiddie corps, the latest in a long line of teenage wunderkinds about to make his NHL debut, scheduled for Thursday night against the Calgary Flames.

Hours later, two dozen members of the Oilers' 1984 Stanley Cup championship team assembled in the same place, Wayne Gretzky, Mark Messier, Paul Coffey, Grant Fuhr and all of the rest coming together for the first time in three decades to reminisce about the start of what would be the NHL's last real dynasty.

Even before the now-middle-aged, follically challenged members of the '84 team paraded into the staging area, the reminders of the past glories were everywhere.

Drive into Edmonton and you are welcomed to the city of champions.

Approaching the arena, you enter the grounds off Wayne Gretzky Drive.

Depending upon which entrance you use, you can walk past a statue of Gretzky, who put the city on the map.

Edmonton ultimately won five Stanley Cups in a seven-year span, though Gretzky was gone by the time they won the last one, off to Los Angeles to spread the gospel of hockey in Southern California.

Gretzky's son Trevor made the trip to his dad's first NHL home with him – and a good thing, too, since he was called upon to stand in for trainer Peter Millar in the team picture.

Gretzky noted how the championship blueprint was established by coach Glen Sather, who acted as a father figure for the young players on the team and was always on call to straighten out any mess they might find themselves in.

"He was probably harder on us than our parents were," Gretzky said. "When I was 19, he really pushed me. He pushed all of us. But he also had this ability to let us live. We had one rule when we were Edmonton Oilers and that was 'never embarrass the team.' He liked family around. If your father was in the city, he wanted him on the bus. He really made us understand that work ethic is important and so was family. He was the catalyst in the organization.

"I told him, 'for a six-goal scorer, he had tremendous hockey sense.'"

Coffey talked about how the pressure of playing in a hockey-mad market was a good thing; "how the criticism of them as "weak-kneed wimps" following the 1982 playoff implosion "made us better. It makes you accountable."

Messier now works for the Oilers as a consultant. Along with president of hockey operations Kevin Lowe, he is one of the two remaining links between the championship past and the uncertain present. The Oilers are now eight years out of the playoffs, the longest active stretch of futility in the NHL.

"It's a tough league and when you're going through a rebuild, it's a painful process," Messier said. "Everybody's disappointed, but to a man, you can really start to see things evolve now. It's important for the players to take that responsibility now. A lot of these players are in their third and fourth years. We can't consider them in the infancy stage of their careers now. They're well entrenched in their careers and hopefully have some success here soon."

Gretzky and Messier played their first professional season together in the WHA and then won the Stanley Cup in their fifth NHL season.

But according to Messier, that came in a 21-team league, when 16 made the playoffs – and so to expect the current group to duplicate that success in an era of parity is unrealistic. NHL players are bigger, faster, stronger and train far differently, but when asked how the '84 Oilers might fare in today's NHL, Messier was adamant – very well.

"I would stack us up against any team on any day in any era and I would take our chances," Messier said. 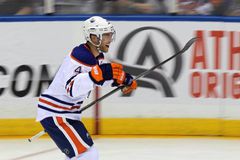 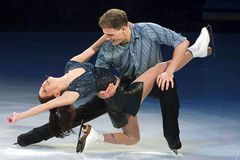 Canada's captains reveal truths of life and hockey
October 8, 2014
Follow Eric Duhatschek on Twitter @eduhatschek
Report an error Editorial code of conduct
Due to technical reasons, we have temporarily removed commenting from our articles. We hope to have this fixed soon. Thank you for your patience. If you are looking to give feedback on our new site, please send it along to feedback@globeandmail.com. If you want to write a letter to the editor, please forward to letters@globeandmail.com.
Comments