The last time the Oilers had a captain that truly meant something to the franchise was Mark Messier, and before that, Wayne Gretzky. Over the past quarter century, the bulk of captains have been efficient players but nobody capable of being the face of the organization.

All of that changed Wednesday, when Connor McDavid was officially appointed the hockey team's leader. It not only makes the 19-year-old the youngest captain in NHL history, but signals a marked change in direction of a once-proud club that has spent too many years looking up.

Edmonton's first regular-season game in its spectacular $480-million arena is less than a week away, and it feels like a return to respectability – and perhaps more – is very near.

"It is an exciting day for him and this organization," said Milan Lucic, the 28-year-old forward who was appointed as an alternate captain. Jordan Eberle and Ryan Nugent-Hopkins are the others. "There is no better person to lead this team forward. It is my job and everyone else's to make sure we follow his lead."

It may have seemed as if it was a forgone conclusion, but it is not an easy decision for any pro sports team to place such a burden – and so much hope – on the shoulders of a teenager. McDavid grinned shyly when he stood before microphones and cameras wearing his captain's jersey for the first time at Rogers Place. He still has the face of a paperboy, even if comes with a superstar's skill and a veteran's disposition.

"Connor's teammates were happy for him and proud of him, and I don't think any of them were surprised," said Todd Mclellan, the Oilers coach. "When he returned from his injury last year, it was evident that he was able to lead this group. The qualities that captains have, he has at a young age."

The Oilers waited until all their players had returned from the World Cup – where McDavid served as captain for Team North America – before making the announcement.

At work on the outskirts of Toronto, McDavid's mother was surprised even though she was anticipating it. Her boss halted a meeting she was attending and shared the news as it scrolled across his phone.

"It is just amazing," Kelly McDavid said. "We thought it was going to happen, but you never count your chickens, and Connor was the same way. It's incredible, and such an accomplishment for him."

It is only the third time McDavid has been made a captain since he began playing organized hockey when he was 5. He was captain of the OHL's Erie Otters in his final season, and then again during the World Cup.

Growing up in Southern Ontario, McDavid played on teams coached by his dad. Brian McDavid was so sensitive people would think he was playing favourites that he never bequeathed the honour on his son.

"He might have been an assistant once, but never wore the C," Kelly McDavid said.

The first player taken in the 2015 NHL draft, McDavid scored 48 points in 45 games last year during a campaign that was interrupted when he suffered a broken collarbone. After a layoff of three months, he scored the most electrifying goal of the NHL season in his first game back, and was chosen one of three finalists for the Calder Trophy despite playing a little more than half the year.

"I think the writing was on the wall," Cam Talbot, the Edmonton goalie, said Wednesday. "You could see it right away. The way he carries himself on and off the ice, he is the right guy to do the job."

The captain's role has changed over the years, going from mainly an honorary position to a more complicated position. The captain now often acts the team's spokesman with the media, serves as a go-between the players and management and sometimes serves as union representative.

McDavid said he hoped to motivate his teammates through his actions; basically he is a quiet kid at heart.

"I am very honoured," he said. "I am comfortable, but I am very humbled by this."

It is something that he has been working toward since he was a little boy. As a five-year-old, he wore a dress shirt and tie to his older brother Cameron's games. Sitting in the dressing room with boys three and four years older, Cameron's coaches noted that he was more attentive than anyone on the team.

"When he was probably 7 or 8, I remember him coming to me after a game and complaining that some of his teammates were talking on the bench about video games and what they were going to do afterwards," Kelly McDavid said. "He told me, 'That's not acceptable.' I told him, 'Yes, Connor, those boys are normal.'"

Players present and past were expecting McDavid's ascent to the captaincy, and couldn't be happier.

"When he came back last year, he just took over," said Matt Hendricks, the 35-year-old Oilers forward who was captain of the U.S. team at the world championship. "He is not just a special player, he is going to be a special team leader.

"He has a unique swagger in that he is confident in his ability, but he never puts himself ahead of the team."

A defenceman who joined the Oilers in their first NHL season, Lee Fogolin served as captain for three seasons beginning in 1980-81. He was followed in that role by a fellow named Gretzky.

"When I came to training camp from my first year, I walked into the dressing room and asked our trainer where Wayne Gretzky was because I was excited and wanted to meet him," said Fogolin, who is now 61 and runs a construction firm in Edmonton. "Then I found out that he didn't arrive until a little later. He was still finishing high school. That puts his age in perspective."

Gretzky was 17 when he joined the Oilers in 1978 in their last season in the World Hockey Association, and 22 when he was appointed the NHL team's captain in 1983.

"Age is not going to be an issue with Connor," said Dave Lumley, 62, who played on Stanley Cup-winning teams with the Oilers in 1984 and '85. "I hate to say this because people are going to think I am crazy, but he does a lot of things better than Gretzky, and I never thought I would say that."

ROB Magazine
Is Connor McDavid the next Gretzky of endorsements?
Subscriber content
September 30, 2016 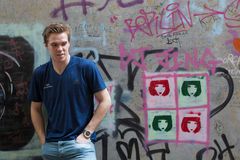 Family Ties: While his father helped develop Connor McDavid's hockey skills, it was his mother who nurtured his heart
September 18, 2015 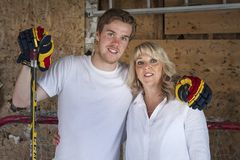 How a fitness guru helped transform hockey prodigy Connor McDavid
September 9, 2015
Follow Marty Klinkenberg on Twitter @globemartyk
Report an error Editorial code of conduct
Due to technical reasons, we have temporarily removed commenting from our articles. We hope to have this fixed soon. Thank you for your patience. If you are looking to give feedback on our new site, please send it along to feedback@globeandmail.com. If you want to write a letter to the editor, please forward to letters@globeandmail.com.
Comments