The young guns are hot for the Montreal Canadiens to start the NHL season.

Centre Lars Eller had a goal and an assist as his line with Brendan Gallagher and Alex Galchenyuk clicked twice in the Canadiens 4-1 victory over the Philadelphia Flyers on Saturday night.

The 24-year-old Eller has five points in Montreal's opening two games of the campaign, while Gallagher has two goals and Galchenyuk has four assists.

"I got off on the right foot," said Eller. "The whole line has been playing great. We're creating space for each other. If you create chances, the goals are going to come."

Gallagher picked up his second goal of the season and veteran Brian Gionta and his linemate Rene Bourque added goals for Montreal (1-1-0). The Eller line produced all three goals in a season-opening 4-3 loss to Toronto on Tuesday.

Vincent Lecavalier, the Montreal native who was booed each time he touched the puck, scored for Philadelphia (0-2-0), which plays again Sunday night at Carolina.

Many in the Bell Centre crowd of 21,273 were on Lecavalier's case because he passed up Montreal to sign as a free agent with the Flyers this summer. The booing didn't seem to faze him.

"I just wanted to help my team win the game," he said. "It's always special playing in Montreal and it was the same thing tonight."

Gallagher and Galchenyuk are each coming off impressive rookie seasons and have picked a good time to get hot. The team's top line is struggling with winger Max Pacioretty out with a wrist injury. Now the youngsters are getting more ice time, especially on the power play, than they got last season.

"That's our strength — the depth of our scoring," said Gionta, who added that Eller is "a young kid who has grown. You can see how he's matured as a player."

Special teams were the big factor in a game dotted with minor penalties. Montreal went 2-for-9 with the man advantage and the Flyers were 1-for-5.

"It's tough to score when you're in the box," said Flyers forward Max Talbot. "You have to look at discipline. We'd start getting momentum and then we'd have to kill two minutes, so we have to clean that up."

Philadelphia, which was beaten 3-1 by Toronto in its season opener on Wednesday night, has not scored an even-strength goal in it's first two games.

Tomas Plekanec won a faceoff in the Flyers' zone and Bourque slipped a pass across the crease for Gionta to bang past Ray Emery for the opening goal 8:10 into the game.

The Flyers were victims of a quick whistle when Price lost a puck at his feet and Matt Read knocked it in, but it was ruled no goal. Coach Peter Laviolette said it was not a major factor in the game because the score was still only 1-0 going into the third period and the Flyers still had a chance to win.

"After they scored at the start of the third, we lost our composure a bit," he said. "We're not going to win a lot of hockey games if we go to the box as much as we did tonight."

Eller backhanded in the rebound of a Gallagher shot that missed the net only 12 seconds into the third frame.

A P.K. Subban shot looked to have gone in during a third-period 5-on-3 but video review found it went in the side netting. Only 18 seconds after play resumed, Subban faked a shot and passed to Galchenyuk, who slipped it to Gallagher for a 3-0 lead at the 5:00 mark.

Lecavalier was at the side of the net to lift the rebound of Mark Streit's point shot past Carey Price on a power play 9:13 into the third. Bourque added a power-play goal in the final minute.

It was Daniel Briere's first game against Philadelphia since the Flyers bought him out, but it was a quiet night for the veteran forward, other than taking two minor penalties.

Next up for the Canadiens is a western road trip to Calgary, Edmonton, Vancouver and Winnipeg beginning Wednesday.

Notes: Pacioretty, who jammed a wrist in the season opener, did not dress. Brandon Prust started in his spot on the top line and Michael Bournival made his NHL debut on the fourth unit. With George Parros out (concussion), Ryan White dressed. . . Plekanec played his 600th NHL game and defenceman Josh Gorges played his 400th, while the Flyers' Zac Rinaldo played his 100th. . . Nathan Beaulieu, called up Friday, did not dress. . . The Flyers scratched Erik Gustafsson, Kris Newbury and Hal Gill. 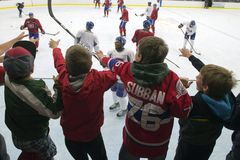 The three things we hope for the new NHL season
September 29, 2013 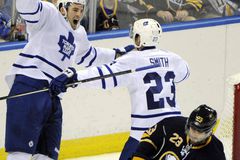