It began with a track suit, and escalated into an accusation of the worst kind of transgression in hockey: a betrayal of team.

The saga of Evander Kane, which has unfurled in episodes over several years, turned upside-down this week – and appears to have made certain Kane's tenure as a Winnipeg Jet is nearing its end. It's probably what the 23-year-old wanted all along.

On Tuesday, Kane was scratched from the lineup of the Jets on the road against the Canucks in Vancouver, Kane's hometown. "VanCity," Kane had tweeted late Monday night, keen to get back. The Tuesday scratch sparked gossip, a collective arched eyebrow from the hockey world.

The next day, the Winnipeg Free Press reported a flap over Kane wearing a track suit to a team meeting midday Tuesday at Rogers Arena. Unsuitable attire, and enough to expel Kane from the lineup for a night. But on Thursday afternoon came a bigger bomb: Sportsnet's Chris Johnston reported, citing several unidentified sources, that the track suit incident sparked umbrage among Jets teammates.

Blame for this conflagration has been pinned on Kane but, as Sportsnet said, teammate Dustin Byfuglien tossed Kane's clothing into the locker room shower. Bullying. Kane, no surprise, did not take it well. But then he disappeared, missed a pregame meeting, and couldn't be found until an hour before the game. Reports diverge here on details: Kane either announced he would not play, or could not play because of injury.

Late Thursday, the Jets placed Kane on injured reserve. His shoulder has reportedly nagged him through the season and requires surgery. This makes an immediate trade complicated and compounds perceptions of a young man some consider unduly cocky, even if he has the talent to become a rare player, a prototype power forward.

The milieu of this story, rather than its conflicting details, is what's essential to understand. Hockey is a cold game. From boyhood, the primacy of team is ingrained in players, who subjugate individual selves to the greater good. The ideal result of this machine is Sidney Crosby, a tremendous player who never says or does anything of any interest off the ice.

Kane does. And he sometimes flashes it in ways that deviate from dull, the mode the cloistered world of hockey demands. Kane's first two NHL seasons, as a teenager, were in Atlanta, where no one cared about hockey. Suddenly, he was in Winnipeg, where he scored 30 goals his first season in the city, a high-water mark that he has not since approached.

Everything became dissected. During the lockout in late 2012, he posted a picture on Twitter of himself on a Las Vegas balcony goofing off with a stack of bills, feigning a telephone call to boxer Floyd Mayweather. For this, he was widely excoriated.

A month later came what conservative hockey types viewed as a questionable haircut, the initials YMCMB stencilled into his hair around the back of his head, along with EK9 – his initials and number. YMCMB stands for Young Money Cash Money Billionaires, a nickname embraced by hip-hop artists on Lil Wayne's record label.

Soon after, Kane announced in an interview with The Hockey News about criticism he gets in Winnipeg: "A good portion of it is because I'm black and I'm not afraid to say that."

All this unfolded against declining production on the ice. This season, Kane has fought through injuries but some now openly question whether his 30-goal year was an outlier rather than an indication of greater potential. Regardless, Kane remains a prized acquisition in the NHL, where it is rare that such a player is ever available.

The consensus among hockey insiders is Kane deeply dislikes Winnipeg and is far from happy as a Jet – and the feeling at the club is pretty much mutual. Kane does not fit in. He is in part to blame, but the Victorian strictures of hockey, where out of bounds is a tiny step away from a narrowly defined normal, surely is a factor.

In a New Yorker profile of P.K. Subban in December, the magazine cited the game's "stoic" nature and observed: "The conformist power of Canadian hockey culture is such that even New Englanders and Swedes, after a few years of inhaling North American Zamboni fumes, will … speak in run-on sentences of cautious optimism."

As Jets general manager Kevin Cheveldayoff considers his few options, the saga of a previous perceived problem child, Tyler Seguin, has to be instructive. Seguin, brimming with talent, didn't live a monastic off-ice life, and it got him jettisoned from Boston to Dallas, where he is, at 23, the No. 2 scorer in the league.

The easiest thing to do with a problem is get rid of it – but the smarter, and much harder thing, is to try to solve it. The Jets, however, appeared boxed. Winnipeg is not suitable for Kane. Trading the potential star, probably this summer rather than this winter, looks like the Jets' only move left. 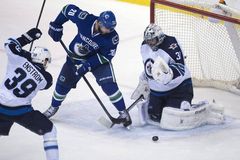 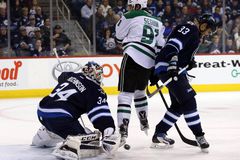 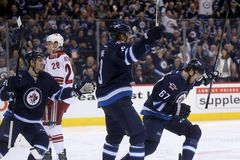 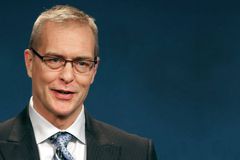