Expansion chatter is on the docket for the NHL's board of governors meeting. Just don't expect much more than that.

"There won't be any vote," commissioner Gary Bettman said last month during Hockey Hall of Fame weekend. "All I'll do is continue to report on the levels of interest that are being expressed."

There have been reports aplenty about the NHL going to Las Vegas, Seattle and Quebec City and adding a second team in Toronto. At every turn, Bettman has downplayed the speculation.

What's true is that the climate is ripe to expand, something the league hasn't done since 2000 when the Columbus Blue Jackets and Minnesota Wild became the 29th and 30th teams. But having growing revenues isn't the only qualification.

Bettman said there's a checklist of factors that includes labour peace (check), Canadian and U.S. TV contracts (check) and a focus on expanding. Right now the league is worried about other issues, such as sealing the deal on the World Cup of Hockey.

"There are lots of other things we're doing to continue to grow the game," Bettman said. "There's no effort crying out for immediate expansion."

Deputy commissioner Bill Daly recently toured the construction site of a 20,000-seat arena on the Las Vegas strip that's set to open in 2016, according to the Star-Tribune in Minneapolis. Though he and Bettman have been careful not to bring up individual markets so as not to get fans' hopes up, when asked Daly called Las Vegas a "unique" market.

"It's high-level tourism in the market, it also has pretty strong local demographics, too," Daly said. "But how and whether that market could embrace and support a professional sports franchise, I think that's one of the things that's going to be difficult for anybody to really kind of make a judgment on."

But the message to any market waiting for an NHL team is that the wait will have to continue. Whenever the board approves expansion, it'll take two to three years from that point for it to happen — and that's not imminent.

Relocation isn't, either, despite small crowds at Florida Panthers games garnering some negative attention. Vincent Viola bought the team more than a year ago, and Bettman said the team had good ownership.

The status of next year's salary cap is always a topic at the board of governors meeting as owners get a very early estimate of what the 2014-15 upper limit will be. Despite the Rogers Canadian TV deal, the cap is not expected to rise too much beyond $70 million or so.

"The cap has always gone up for the most part, it's just a matter of degree," Chicago Blackhawks general manager Stan Bowman said recently. "We're certainly expecting the cap to go up. The magnitude of that will be dependent on a number of factors. You have to plan for that."

One of those factors is a weak Canadian dollar, which is worth just 87 cents U.S. The NHL converts everything to U.S. dollars as a way to protect against fluctuations, something Bettman will no doubt explain at the meeting, but the revenue generated in Canada is still lower by comparison.

There's some concern among general managers about the salary cap, especially those who run teams that get to spend up to it. Teams like the Boston Bruins, who were already squeezed this year as their players get better deals, could further feel the pinch if the cap doesn't see a nice increase.

One thing seems to be clear: this isn't getting worse.

"I don't think the cap's going to go down," Columbus Blue Jackets GM Jarmo Kekalainen said. "That's just my opinion. I don't think we're going to have any issues next year at least on that."

There don't seem to be many burning issues for the board of governors to iron out. As usual the department of player safety will provide a status update.

This will be the first time Stephane Quintal is giving that presentation since taking over as vice-president of player safety.

NHL, players teaming up to sell hockey on the global stage
November 18, 2014 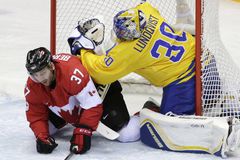 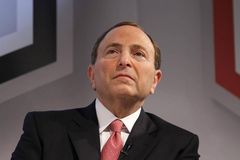 Bettman weighs in on expansion, ads on jerseys
November 17, 2014 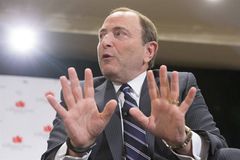