On the website of Thailand's first ice-arena, a how-to guide explains this foreign game: To gain strength, build sportsmanship and increase harmony, use wood sticks to shoot "the ball" while wearing skating "shoes." There are no words in Thai for "puck" or "skates" – and until Southeast Asians began falling in love first with the ice rink and now with hockey, there was no need.

Not only have rinks now sprouted all over tropical Asia, captivating people who get to experience, indoors at least, the winter they never had. With the help of expatriate Canadians homesick for their national sport, hockey is all the rather improbable rage in the tropics.

"Fifteen years ago, people in Thailand, when I told them I played hockey, they didn't know what it was. They didn't even know we had ice rinks in Thailand," says Krit Rutthapong, a Thai hockey player and coach.

It began with the ice. In Bangkok, the number of rinks in shopping malls tripled from three to nine since 2005. Cambodia opened its first rink this summer, and Vietnam's first frozen skating surface welcomed the public in December. Singapore built its first Olympic-size rink last year, Malaysia is now building one, and a second Olympic-size rink is under construction in the Philippines, with a third scheduled to open in 2015.

"I feel really excited because our country never has cold temperatures," said first-time Cambodian skater Thong Panhna, 22, who recently paid $12 (U.S.) – almost a quarter of what a minimum-wage worker makes in a month in Cambodia – to try out the blue skates. "This is my first time feeling cold."

And as more Southeast Asians learned to skate, more people began looking for the next challenge: hockey.

Thailand's annual hockey tournament, the Land of Smiles, has grown enormously since 2005 when there were only 15 teams. Last year's event featured 32 teams, including Malaysia's KL Cobras, the Singapore Manimals, the Manila Predators and the Hong Kong Tigers. There was also Thailand's own Flying Farangs, with their logo of an elephant cuddling a hockey stick in his trunk (which was designed by a computer animator from Toronto.) A women's division was added three years ago. Teams from Russia also began coming to Thailand to play hockey, combining a beach vacation with their favourite winter sport. This year, there will also be a youth tournament for the first time.

While no one can remember the one person who was the first to bring hockey to Asia, wherever the game appeared, there was usually a Canadian involved.

"It sounds chauvinistic, but when a Canadian guy goes abroad, one of the first things he'll do is look for a hockey rink," said Scott Murray, a Torontonian who came to Asia as a backpacker in the 1990s and helped to launch the Flying Farangs in 1995.

Over the years, Canadian players passed their hockey skills to the locals, he said. "The Thai players would join us and we helped them out during the games," Mr. Murray said in a phone interview from Thailand. "They saw it on TV, but when they started playing with us, they got better."

In Malaysia, Richard Hutson, the British Columbian captain of the KL Cobras, made sure every team had a mix of Malaysian and Canadian players in order to teach local players about the intensity of the game.

Compared to popular Asian sports – such as soccer and badminton – the roughness of hockey didn't come naturally to locals, he said.

"The aggressiveness of a Canadian [player] – they sort of get put off by that," Mr. Hutson said. "Malaysians are peace-loving people. I'm sure some parents see that part of hockey – arguments on the ice – and they say, 'Gosh, that's a rough game.' You wouldn't get that in badminton for sure."

However, the biggest challenge hockey managers face in Southeast Asia is not the culture but the cost of equipment, they said. Hockey gear is expensive – and it's even more expensive in Asia because it has to be ordered from overseas.

"With soccer, all you need is a ball. With boxing, all you need is gloves," Mr. Murray said. But for hockey equipment, a Thai player must spend more than $800 –several times more than many people's monthly salary. "That's the challenge with any hockey program in Asia."

Despite the fact that Canadians are at the forefront of bringing hockey to Southeast Asia, the rinks are not built by Canadian companies.

CIMCO Refrigeration, the Toronto-based company that used to be known as the Canadian Ice Machine Company and the largest ice-rink manufacturer in North America, has not built any rinks in Southeast Asia, said David Sinclair, general manager of CIMCO Ontario. After constructing eight rinks in China, India and Dubai, it sold its Asian branch to a Chinese company this year, he said.

"The challenge of making a rink in a hot environment is no challenge at all. You can have a rink in the middle of the Sahara as long as it's in a building," he said. "The biggest challenge [in Asia] is to find tools. If we can't get [a particular tool], we have to order it from Canada. Finding skilled labour can sometimes also be a challenge."

With Canada out of the picture, European and U.S. companies stepped into the market. The first rink in Vietnam was built by an Italian company, Industrial Frigo Ice, while several rinks in Thailand were made in partnership with Ice Business, a German manufacturer. In Cambodia, the rink was constructed by Ice Rink Supply, an American company that has built rinks in 13 countries.

It's all the same to Canadian expatriates – as long as they get to play hockey. "We don't care if Pygmies are building the ice. As long as the ice is there it really doesn't matter," Mr. Murray said. 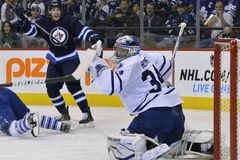 Insurance issues could keep players off the ice at Canada’s Olympic camp
July 19, 2013 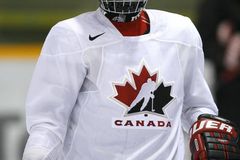 Duhatschek: Lure of playing at home trumps all for Kovalchuk
July 11, 2013 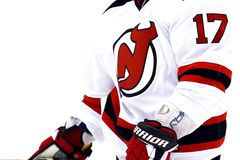