Mason Raymond caused quite a stir with his spin-o-rama shootout move Saturday night. (Watch a clip of the goal here.)

The Toronto Maple Leafs winger scored on Craig Anderson, and the Ottawa Senators and others weren’t sure if it should have been a goal. The NHL put out a story on its website clarifying the situation on Sunday night.

Here are three ways the NHL said a spin-o-rama goal could be disallowed.

1. The player interferes with the goalie

Players often perform the spin-o-rama manoeuvre close to the net, trying to convince the goalie they've run out of room and committed to their move. But knocking into the goalie — or even entering the crease — could be grounds for disallowing the goal.

"When you spin around and put your butt into the goaltender or if you go [into] the crease, you are dangerously close to being called for goaltender interference," said Colin Campbell, senior executive vice-president of hockey operations at the NHL, on the NHL's website. "Particularly if you do make contact with the goalie in his crease, it would be disallowed." 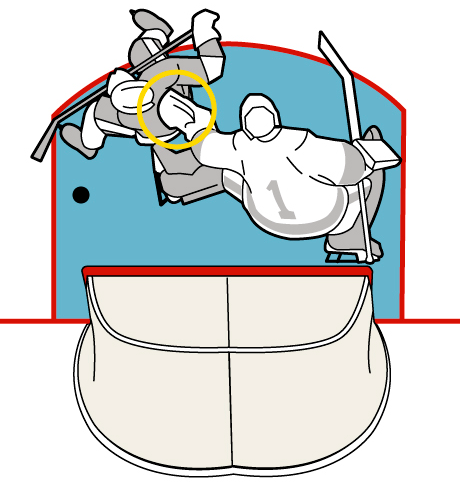 The puck must always be in motion. As the player comes towards the goalie and begins the spin, they run the risk of changing direction too suddenly. This could cause the puck to essentially stop in place, which would result in disallowing the goal.

"The spin-o-rama type move where the player completes a 360-degree turn as he approaches the goal, shall be permitted as this involves continuous motion," reads the NHL Rulebook. "However, should the puck come to a complete stop at any time during the shot attempt, the shot shall be stopped and no goal will be the result." 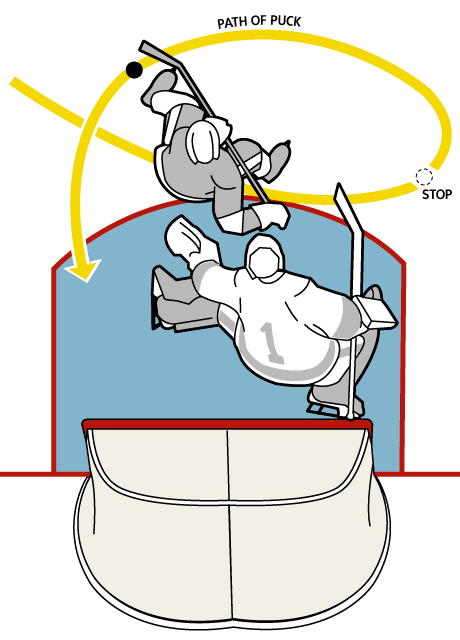 3. The player stops or reverses direction

While the puck inevitably moves away from the goalie during a spin-o-rama, the player must always be moving forward. Reversing direction could cause the goal to be disallowed.

"If the puck stops, or if the player's momentum stops, and particularly reverses, then there's an issue," Campbell said. "The problem is if you're skating forward, you can pull the puck back, or stickhandle, and that will stop [the puck] at times, or a curl-and-drag sometimes will stop it. There is some confusion and misinterpretation." 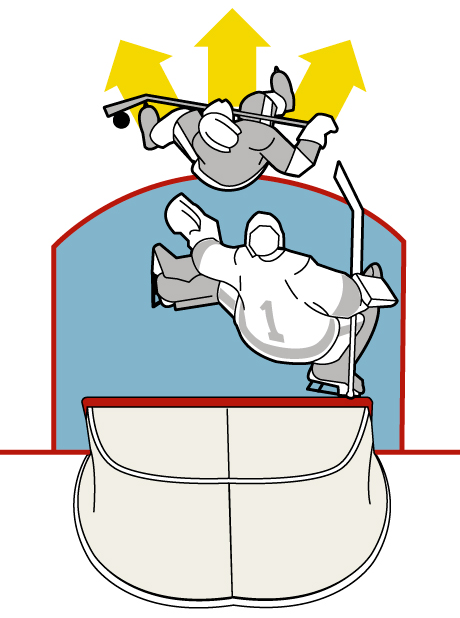 ILLUSTRATIONS BY TRISH McALASTER
TEXT BY STUART A. THOMPSON, WITH FILES FROM THE CANADIAN PRESS