It was no surprise the world junior hockey championship television ratings for Bell Media's TSN and RDS networks collapsed when Canada was eliminated, but the real eye-opener was the explosion of viewers in Finland.

Almost 2.5 million Finns aged 10 and older saw at least part of Tuesday's 4-3 overtime win by the host country over Russia in Helsinki. That is nearly half of the country's 5.5 million people and, on a per-capita basis, beats the highest rating ever achieved in Canada for a hockey game. That is the 16.5 million who watched Canada win the men's hockey gold medal at the Vancouver Olympics in 2010. That number was also nearly half of Canada's population of 35.75 million.

In Canada, an average of 729,000 viewers watched the junior gold-medal game on TSN and RDS.

The Finland ratings could signal a breakthrough for the world junior tournament, which has long been considered only of interest in Canada and a few parts of the United States. There is no real equivalent to major-junior hockey in European countries, and their best teenage players, especially those 18 and 19 years old, generally play in each country's men's elite leagues if they do not make the NHL or opt out of the AHL.

Thus the world junior tournament, which is actually called the World Under-20 Championship by the IIHF, which runs the event, has always drawn little interest when it is played in Europe, unless the host country makes the gold-medal game.

But the difference this time was that all of the games drew remarkable television audiences in Finland, not just the ones featuring the Finns. In the last week of the tournament, from Monday, Dec. 28 through Sunday, Jan. 3, four world junior games were among the 10 most-watched programs in Finland. This did not include the gold-medal game. Ratings for Monday's semi-finals were not yet available.

René Fasel, president of the IIHF, said the ratings for both Finland and Sweden were strong. He believes this is a sign the world junior tournament is finally catching on with European fans.

"The TV numbers we saw in Finland is encouraging for this tournament's popularity in Europe," Fasel said in an e-mail message. "The ratings in both Finland and Sweden were fantastic, and averaged 1.3 million viewers with games involving their respective national teams, and that is without counting the bronze and gold medal games. Considering the number of TV viewers in relation to each country's population this is significant progress.

"We also broadcast the tournament in nine of the ten participating countries, including Denmark, which for the first time ever showed all of the national team's games live on television. I believe that this marks another positive step forward in the efforts of the IIHF, TSN, and European broadcasters to raise the profile of the tournament in Europe."

The quarter-final game last Saturday, when the Finns beat Canada 6-5, was the No. 1 program for the week. It drew an average audience of 1,132,000 in Finland. The other three games in the top 10 all featured Finland, but two other preliminary-round games cracked the top 40 programs for the week – Canada versus Sweden (406,000 viewers) and the United States versus the Czechs (369,000).

Henna Malmberg, communications manager of the Finnish Ice Hockey Association, said the TV ratings were helped by the fact the junior tournament went back to free television this year after several years on pay TV. There was also a surge in interest in Finland when the Finns beat the Swedes for the 2014 gold medal in Malmö, Sweden. He added it remains to be seen if the interest can be sustained but the ratings are an encouraging sign.

"The popularity of the event has grown remarkably in the past years," Malmberg said in an e-mail message. "The switch back from pay TV to free TV was a much awaited change that our small nation, full of hockey fans, has eagerly waited for."

On a per-capita basis, the Finland ratings were equal to or much better than the Canadian audiences for TSN and RDS. The 1.1 million who watched the Finns bounce the Canadians in the quarter-final was equivalent to a Canadian television audience of 7.1 million, which was how many watched the 2015 gold-medal game between Canada and Russia, a ratings record for a world junior game.

The Canada-Finland quarter-final drew 2.55 million viewers in Canada on TSN and RDS, which was the second-highest Canadian audience of the tournament. The Canada-United States preliminary-round game on Boxing Day had the best rating, as it attracted 2.9 million viewers.

Those 2.9 million viewers were the most to watch any hockey game on television in Canada in the 2015-16 season. This is not good news for rival Rogers Media, which continues to see relatively poor NHL audiences for the second-consecutive season thanks to the struggles of a number of Canadian teams.

On the same Saturday as the Canada-U.S. junior game, the best Rogers could do with its NHL package was 941,000 viewers for the prime-time Hockey Night In Canada game between the Montreal Canadiens and the Washington Capitals.

Bell Media executives were not surprised that this year's numbers were lower than the records set at the 2015 tournament.

But that tournament was played in Canada, which meant TSN and RDS could schedule all of the best games in prime time. In addition, Canada had a much stronger team last year, as it was anchored by budding superstar Connor McDavid.

Bell can look forward to next year's event, which will be split between Montreal and Toronto.

Once Canada was out of this year's world junior event, the audiences fell off. Not helping matters was that Monday's semi-finals and Tuesday's gold- and bronze-medal games were played during the day, thanks to the time difference, when most Canadians were back at work after the Christmas break.

The 729,000 Canadians who watched the gold-medal game Tuesday afternoon were more than double the audience of 304,000 for the bronze-medal game between the United States and Sweden earlier in the day. 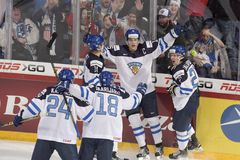 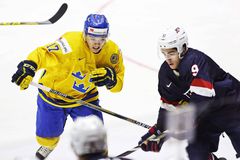 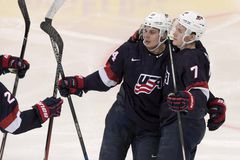 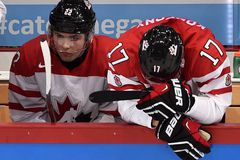 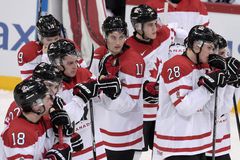