Jiri Hudler and Roman Cervenka finally played a game for the Calgary Flames.

All right, so it wasn't really a game – just a four-on-four Thursday scrimmage against head coach Bob Hartley and his assistants, with the team's strength and conditioning coach in one net and retired goalie Tyler Moss in the other.

Still, for a team that has yet to record a win this NHL season, having Hudler and Cervenka on the ice, one stride closer to actually being in the lineup, was a welcome bit of news. Until this week, both forwards had been star-crossed and humbled.

Hudler, the former Detroit Red Wing, had only been at the Flames' 2013 training camp a day when he was informed his father had taken ill in the Czech Republic. By the time Hudler made it to his homeland, his dad, Jiri Sr., had died. He was 50.

Cervenka, a native of Prague, arrived in Calgary for his first NHL camp with a leg injury he suffered after being hit by a puck while playing in the Continental Hockey League. Doctors discovered a blood clot and gave him blood-thinning medication. He was recently examined at the Mayo Clinic in Phoenix and is now cleared to practise and play.

Together, Hudler and Cervenka represented two of the Flames' pivotal off-season acquisitions (defenceman Dennis Wideman was the other) and were being counted on to improve the team's skill level. Both could have played a role in Calgary's 3-2 shootout loss to the Vancouver Canucks on Wednesday. In that game, the Flames got one goal (Alex Tanguay) on five shootout chances, which left Hartley's decision-making open to debate.

"It's a gut feeling," Hartley said of the players he selected as shooters. "[Hudler] would have been in the top three for sure."

Hudler, who is expected to play Saturday against the Edmonton Oilers, was signed to a four-year, $16-million (all currency U.S.) contract by the Flames, who envisioned him as a top-six winger capable to repeating the 25 goals he scored for Detroit last season. He's a proved commodity who won a Stanley Cup as a crucial role player with the Red Wings.

What the Flames don't know is how Hudler responds emotionally so soon after his father's death. What they've viewed and heard to this point has them encouraged.

"I told him we were with him," Hartley said. "I told him I was sorry that he didn't make it on time [to see his] dad alive. I think you can draw motivation from this. I'm sure Jiri will play this season in honour of his dad. We're all different but in a situation like this I think we're all the same."

Hudler met with the media Thursday for the first time since his return to Calgary and insisted he was keen to connect with his new team and the game he's played for much of his life.

"I did take some time but I cannot sit on my ass for the rest of the season thinking about bad things," he explained. "You have to get back and not think about bad things – get your mind on what I love the most, and that's hockey."

Cervenka will have his own adjustments. At 27, he's never played in the NHL, rarely played on North American-size ice surfaces and speaks little English. As soon as he was signed to a one-year, $3.775-million deal, the Flames pictured him as a No.1 centre between Tanguay and Jarome Iginla. Now, the team just wants him as ready as possible, perhaps for a Saturday night debut.

"I think he's going to be a real good hockey player," Hartley projected. "I talked to many guys in Europe. They say he's a gifted player. He knows what to do with the puck ... We're going to sit with Jiri and Roman to get a good sense what those two guys want. It's natural to put them together [on a line]."

Especially after they played so well together in beating the coaches during their four-on-four scrimmage.

"He's excited," Hudler said of Cervenka. "I told him, 'Don't be over-excited; just play the game.'" 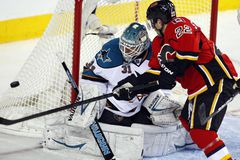 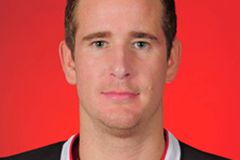