General manager Jay Feaster confirmed the Tanguay signing, which will have an annual salary cap hit of $3.5-million, on Saturday morning.

"I think - no, I know - the guy with the biggest smile on his face in Calgary isn't Alex, it's Jarome Iginla," said Feaster. "Jarome has made it very clear - that's one guy he very much wants back and wants to play with.

"As we looked at the potential UFA market, we didn't see a player that was going to replace him, or be as productive as we believe he can be. So we're happy to have him back."

It was a fair assessment, considering how important Tanguay's playmaking was to Iginla's 43-goal, 86-point season, good for sixth overall in the NHL scoring race. Iginla had had a couple of comparatively down seasons prior to Tanguay rejoining the team, so keeping their partnership together was an off-season priority for Feaster.

He described the situation, in which he shed $7.5-million in annual salary-cap charges in the deal with the Sabres, as emerging from "salary cap hell." The moves created flexibility, and makes them younger, even if it creates a hole for a physical defenceman on the Flames' blue line.

It took until first thing this morning, but the Flames and Sabres finally completed the deal - Regehr, Kotalik, plus a second-round pick to Buffalo for defenceman Chris Butler and forward Paul Byron. Regehr held up the deal for a day, just to ponder the ins and outs of a move from the only NHL team for which he ever played (although he was originally Colorado property and traded to Calgary as a junior in the Theo Fleury deal).

According to Sabres general manager Darcy Regier, "My conversations with (Regehr) were terrific. It was never about, 'I don't want to come to Buffalo.' He said, 'Buffalo is an option.' He talked to a number of players - Jordan Leopold, who played in Calgary with him - Rhett Warrener, others. This is maybe the secret of Buffalo. From the outside, you may have one image. When players come to play there, they love it.

"In his case, it was more about, when you have a no-trade, no-move clause, the players want to be involved in the process. To the extent that they're not, it can slow things down."

According to Feaster, Butler is likely to play as a regular in Calgary next year, after appearing in 49 games for the Sabres last year, averaging about 18 minutes in playing time. Byron got into eight NHL games, an undersized forward that Regier believes will be able to play in the league.

Kotalik broke in with the Sabres and the thinking is that he might be able to get his career back on the rails with the move.

Feaster acknowledged that he had interest in acquiring Ryan Smyth from the Los Angeles Kings, but implied it was a fallback position "depending upon how things were going to go with Alex and how things went on the trade front - that was one of the options."

As for moving Regehr, Feaster said: "It's not a case, where we were looking to unload Robyn. Robyn has been a tremendous player for our club and he's been there for a long time. It's difficult when you move a guy who is a core player. At the same time, we've been in salary-cap jail for some time, and this gives us an opportunity to have some breathing room, to have a fresh start, and at the same time, to get younger." 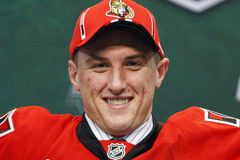 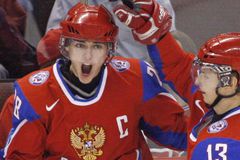 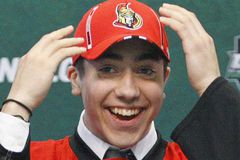 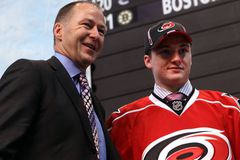 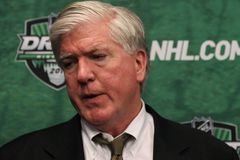 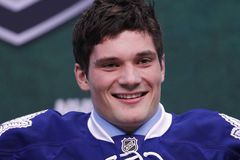 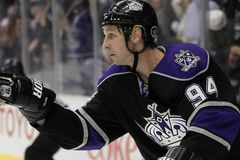 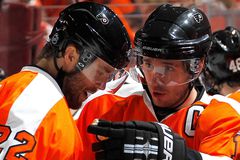 Flames ask Regehr to waive no-trade clause
June 23, 2011
Flames chose left-winger Sven Baertschi
June 24, 2011
Follow Eric Duhatschek on Twitter @eduhatschek
Report an error Editorial code of conduct
Due to technical reasons, we have temporarily removed commenting from our articles. We hope to have this fixed soon. Thank you for your patience. If you are looking to give feedback on our new site, please send it along to feedback@globeandmail.com. If you want to write a letter to the editor, please forward to letters@globeandmail.com.
Comments