After more than 40 years in the hockey business – from building five OHL championship teams, to six Memorial Cup appearances, to winning medals at the world junior championship, to a stint as the assistant general manager of the Quebec Nordiques – Sherwood (Sherry) Bassin has been witness to the development and emergence of some of the biggest names in the game.

Still the hockey lifer runs out of superlatives when asked to describe the 15-year-old phenom skating for his Erie Otters this season.

"Look, there are so many positive things to say about the kid that I'd need a dictionary in front of me to use all the terms," he said. "I've been around a lot of good players – the Sakics, the Sundins, the Yzermans – so I'd never want to be disrespectful to those guys, but Connor McDavid is one of the most special players I've ever seen."

It's quite an endorsement from someone who has scouted thousands of junior players, but the 73-year-old Bassin swears he has seen the future. Commit the name to memory, he insists, because three years from now, McDavid will be the top pick in the 2015 NHL draft.

"And the team that gets him is going to do a hat dance when they find out what a person this guy is," Bassin said. "I have a theory: When you put talent and character together you have a star. Connor has both."

The Newmarket, Ont., native is just the third teen granted "exceptional player" status by Hockey Canada, allowing him to play in the OHL a year early. He was selected first overall by the Otters in April.

Months after racking up 72 points in 33 games with the Toronto Marlboros of the Greater Toronto Hockey League, McDavid is skating the trail blazed by New York Islanders star John Tavares and Barrie Colts defenceman Aaron Ekblad, the reigning OHL rookie of the year.

While his on-ice gifts are obvious – scouts drool over his speed, creativity with the puck and willingness to play at both ends of the ice – McDavid's success this season won't just be measured in goals and assists.

As if the jump in competition against players as much as five years older isn't enough of a challenge, McDavid has relocated nearly 400 kilometres away from friends and family north of Toronto to across the U.S. border in Pennsylvania. Mix in a steady stream of media attention and the expectations of a fanbase looking for a saviour after the Otters franchise stumbled through a 10-win season in 2011-12, and you get an idea of the kind of pressure the soft-spoken teen should be feeling, but swears he isn't.

"That stuff just comes with the territory," the 5-foot-11 centre said with a shrug. "I try not focus on it, I just worry about the team winning. I don't think anybody can be harder on me than I am on myself."

He can also lean on Tavares for advice. The two crossed paths at the Allstate All-Canadians Mentorship Cup in Mississauga last summer – a five-day camp featuring 42 of the top bantam-age players from across the country – and had a talk about what to expect in the months ahead.

The Islanders sniper left McDavid his phone number just in case he ever needed someone to talk to. Despite tearing up the OHL as a member of the Oshawa Generals with 45 goals in his rookie year (2005-06), Tavares admits he did have his rough moments.

"I felt like I hit the wall in early November of that year," he said. "I started feeling a little homesick and felt the grind of what it is to live an almost-professional hockey lifestyle. There's definitely a transition of trying to balance school, being at the rink every day and just trying to fit in socially in a place where you don't know many people."

For Tavares, it was the support of his parents and weekly talks with then-Generals GM Brad Selwood that helped him over the hump.

"We'd meet once a week just to catch up on things and he'd ask how I was feeling," Tavares said. "I felt like the Generals really took an interest in my well-being and that certainly helped in the transition."

It's the same approach the Otters front office and coaching staff are taking with their young star. Any time McDavid needs to talk, the door is open.

The Grade 10 student is enrolled at McDowell High School with a number of teammates and lives with the same billet family as the Otters' 2011 first-round pick, Stephen Harper, who went to Bassin and volunteered to mentor the rookie.

"It certainly helps to have a guy like that take me under his wing and show me the ropes," McDavid said. "It will take some getting used to, but I like Erie a lot. It reminds me a bit of home. Not too big, not too small."

Brian McDavid says his son has been talking about this season since he was seven or eight years old. Even then, Connor told his parents he'd be just like Tavares some day, moving away from home early to play in the OHL.

While the process hasn't been easy on the McDavids, Brian and his wife, Kelly, believe their son is in good hands in Erie.

"Sherry understands the anxiety that any parents would feel when their child, let alone a 15-year-old, is going to move away," Brian McDavid said. "He's made us feel very good about the situation that Connor is entering."

The McDavids have made a positive impression on Bassin, too. The family made a trip down to Erie before the OHL draft to get to know the area and the organization better, and left the GM convinced he had a truly unique opportunity for his franchise on his hands.

"I can't say enough about the upbringing and the direction that he's had from his parents," Bassin said. "I know those other guys [Ekblad and Tavares] were exceptional, but this guy will help set the standard.

"If there is a hockey god, he's been good to us by having this young man play for us."

Western Conference rivalries shaping up as OHL season prepares to kick off
September 19, 2012 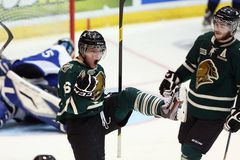 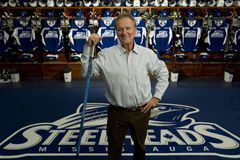 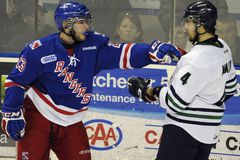