Marc Crawford just wanted to be back in the NHL.

A former NHL coach of the year who spent the past four seasons coaching in Switzerland, Crawford was one of a number of candidates interviewed for the opening with the Ottawa Senators that eventually went to Guy Boucher.

Within hours of being hired, Boucher approached Crawford and offered him the opportunity to join his staff as an associate coach.

While a Stanley Cup-winning coach joining Boucher's staff as an assistant may have surprised some, the two had actually discussed the possibility before the job was even open.

"The preparation for this went a long way back, as much as 2 1/2 years ago," Crawford said. "Guy and I had talked when he was trying to search for a job in Switzerland, and when he left to go back to Canada I told him, 'Hey listen, if you get a job in the NHL please consider me for an assistant.'

"We had talked again about if either one of us got a job would the other one come. He told me he wouldn't come with me, but I told him, yeah, I would come with you."

Crawford said he made attempts over the past four years to get back into the NHL and most recently contacted management in Calgary and Anaheim about openings, but was given the impression they were looking in another direction.

Crawford brings a wealth of experience to Boucher's staff. He was a head coach for 1,151 NHL games, which ranks 16th in league history, posting a career record of 549-421-100-77 over 15 seasons in Quebec/Colorado, Vancouver, Los Angeles and Dallas. He was coach of the year with Quebec in 1995 and won the Stanley Cup in 1996 after the Nordiques moved to Denver.

Boucher and Crawford are both known as emotional coaches, and there won't be a lack of enthusiasm among the two.

"The chemistry and the fit I feel is really, really good," Crawford said. "A lot of people will say we're both passionate people and we are, but I think Guy's going to do a terrific job and I know that I'm going to have to obviously dial it down a bit and that's always what the assistant coach has to do."

Thankful for the opportunity to return to the NHL, Crawford believes he has a lot to offer.

"You need quality people to work with you," Crawford said. "I think what happens is you push each other and when nobody cares who gets the credit then that's usually when you have a good team. That's what I'm about.

"I've had so many good Swedes that I've worked with throughout my career," Crawford said. "I really like Swedish players. They're very, very talented people. I'm really looking forward to seeing in person what he's all about.

"He's obviously a very dynamic, very talented player, but the more we get to know each other, that he gets to know Guy I think it's going to be a real good, good relationship."

As a native of Belleville, Ont., Crawford is also looking forward to being close to family. He has a number of nieces and nephews studying in Ottawa, as well as extended family, and anticipates tickets being a hot commodity. 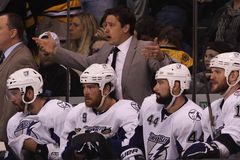 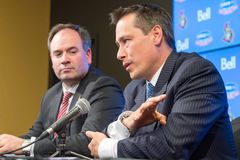 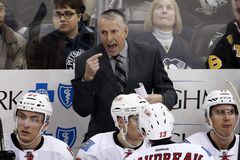