They played a tough game on ice for years, but now a group of former players is suing the National Hockey League because of the toll they claim it has taken on their brains.

That group – including two high-profile Toronto Maple Leafs, Rick Vaive and Gary Leeman – has filed suit in Washington, D.C., alleging that the league engaged in "fraudulent concealment" of what it knew about the risks of concussions, and that it was negligent toward its players.

The class-action suit, yet to be certified, lands three months after the National Football League reached a $765-million (U.S.) settlement in a similar proceeding involving hundreds of former players. That settlement "gives them the hope that David can slay Goliath," said Steven Silverman, a Maryland-based lawyer representing the players.

The suit alleges that, "for decades, the NHL has nurtured a culture of violence" and "purposefully profits" from it. "The time has come for the NHL to elevate long-term player safety over profit and tradition," it states.

While the legal case is a new development for the league, concussions have been a topic of concern – and argument – since the mid-1990s.

In the claim, the plaintiffs allege the league endangered its players by speeding up the game and moving to more rigid glass on the arena boards despite evidence the changes contributed to more injuries – and take aim at the continued acceptance of fighting.

"The NHL persists in this conduct to date by, among other things, refusing to ban fighting and body checking and by continuing to employ hockey players whose main function is to fight or violently body check players on the other team," it says.

The suit also claims "a player can sustain close to one thousand or more hits to the head in one season without any documented incapacitating concussion. Such repeated blows result in permanently impaired brain function." The players allege that the NHL knew this and did not tell them, then refused to do anything about it, which amounts to "willful and malicious conduct."

An expert in U.S. tort law said that should the plaintiffs win over a jury, the consequences could be unpredictable. "If it can be proven the league knew [of the risks] and didn't make a full disclosure or take steps to protect the players, then you're talking about punitive damages, and all bets are off," said Widener University School of Law professor John Culhane.

The NFL settlement represents a small portion of the league's $9-billion annual revenues; the NHL takes in about $3-billion a year.

The suit, filed on Monday, alleges the league "exposed players to unnecessary dangers they could have avoided had the NHL provided them with truthful and accurate information and taken appropriate action to prevent needless harm."

Mr. Vaive said by phone: "I can't really talk about [the suit]," and referred questions to his legal team, which includes former NFL linebacker Mel Owens, who has represented plaintiffs in worker compensation cases.

Deputy NHL commissioner Bill Daly said in a statement late on Monday, "while the subject matter is very serious, we are completely satisfied with the responsible manner in which the league and the Players' Association have managed player safety over time, including with respect to head injuries and concussions. We intend to defend the case vigorously." 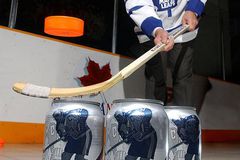 Duhatschek: Debate over hockey fighting rages on
May 11, 2018 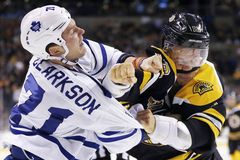 Duhatschek: GMs set to meet with the future of fighting in the crosshairs
June 19, 2017
NCAA faces legal pressure over concussions, player payment
May 11, 2018 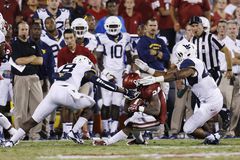 Ottawa investing millions to study impact of concussion on developing brains
May 11, 2018 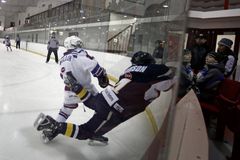 Shoalts: Time for Bettman to push fighting out of the game
May 11, 2018 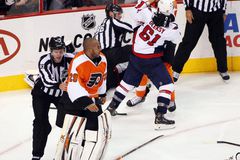