A study of the brain of former Buffalo Sabres star Rick Martin has shown the 52-goal scorer had chronic traumatic encephalopathy (CTE), a neurodegenerative disease linked to repeated brain trauma.

Martin died of a heart attack at 59 last March.

The news follows postmortem CTE diagnoses on the brains of fellow former NHL players Bob Probert and Reggie Fleming. Martin is the first who did not play the role of fighter or enforcer.

"His CTE was definitely there and likely caused by repetitive blows to the head, received in hockey over the years," said Robert Stern, professor of neurology and neurosurgery at Boston University and co-director of the Center for the Study of Traumatic Encephalopathy at the university's school of medicine.

Martin, who played most of his 11-year NHL career without a helmet, had a disease which can have no symptoms at the start but can present problems as one ages.

Stern said in an interview Martin died without showing CTE's typical symptoms of poor memory and other cognitive difficulties such as depression, suicidal thoughts or difficulties with impulse control.

"He didn't have them in any significant fashion," he said. But onset of symptoms can't always be predicted.

"We don't know why someone like Rick Martin would have a mild form of the disease at 59, and others who are younger would have much more significant severity of disease. That's one of the important things our centre is trying to understand," Stern said.

"What he was suffering from was a progressive brain disease … it's a disease similar to Alzheimer's, though different. It starts developing earlier in life and progresses and eventually – when it's severe enough – will start having symptoms."

Martin did not suffer any known brain trauma outside of hockey and did not engage in fighting in his playing days. Martin wore a helmet his last four years in the NHL.

"We hope the decision makers at all levels of hockey consider this finding as they continue to make adjustments to hockey to make the game safer for participants," Center for the Study of Traumatic Encephalopathy co-director Chris Nowinski said.

Richard Wennberg, professor of medicine and neurology at the University of Toronto, said it was interesting that pathological changes were in evidence. Martin suffered convulsions after a serious 1977 concussion and may have had other unreported concussions.

"Is one concussion enough to cause permanent damage? It's certainly possible it could be related to one concussion," Wennberg said.

The Toronto doctor warned the public shouldn't jump to the conclusion all sport is bad and should be banned: "You could be walking down the street and injure yourself."

McKee has completed the analysis of the brains of over 70 former athletes, and more than 50 have shown signs of CTE, including 14 of 15 former NFL players, as well as college and high-school football players, hockey players, professional wrestlers and boxers. More than 500 living athletes have committed to donate their brains, including a dozen former hockey players.

"Someone who wasn't a fighter, by playing the game of hockey for the number of years that he did … it put him at risk for developing this disease," Stern said of Martin.

"We can speculate symptoms would have gotten worse. The message is that we need to take brain trauma in hockey and in all sports much more seriously than we have before." 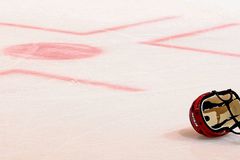 Opinion
Make this the season to end hockey headshots
September 30, 2011 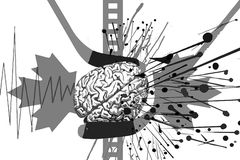 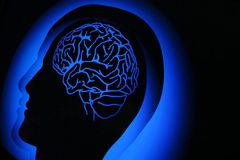 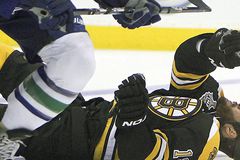 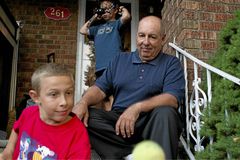