The word patience was everywhere when the Toronto Maple Leafs began this rebuild.

"There are no shortcuts to building a team the right way," president Brendan Shanahan wrote in a letter to season-ticket holders around this time last year. "It will require patience."

For the most part, Shanahan and friends have done an excellent job on that front. Yes, some of the kids have come up late in the season, but most have looked ready to contribute. William Nylander is an NHL player. Zach Hyman and Nikita Soshnikov and a few others are, too.

Unfortunately, one of the ones who is not yet there is Garret Sparks.

Sparks had another tough night on Saturday. He was the goat in allowing two bad goals in a 3-2 loss to the Detroit Red Wings, and after the loss, his words and his expression told the story.

The 22-year-old goalie is flailing – and whatever confidence he had after posting a shutout in his debut against the Edmonton Oilers in November is gone.

"I didn't make enough saves to win," Sparks said. "All I had to do was make four saves in the third period to get us to overtime and I couldn't do it."

Of the first goal he allowed on Saturday, he said "that was probably one of the least dangerous shots" the Leafs allowed during an early power play. "It went in."

Asked about the learning experience of it all, Sparks sounded defeated by this brutal run, an eight-game slide during which he posted an .881 save percentage.

"I just don't like the repetition of which things are happening," Sparks said. "Ideally, it'd happen to me once and I'd learn from it and I'd move on. But I keep making the same mistakes. I'm going to have to learn from them eventually."

Now, granted, these games aren't of vital importance for the Leafs. In fact, the losses are welcomed, given Toronto is in a battle for the best draft lottery odds with an Edmonton team that has shown little interest in earning points.

Getting a higher-percentage shot at top prospect Auston Matthews matters more than beating a team such as Detroit in Game 78.

But the danger here is that the organization wants the Marlies to have a good, long run in the AHL postseason for the benefit of all their prospects, and Sparks may be a key part of the Marlies success. (He was 13-4-3 with a .925 save percentage there, which is what earned the call-up.)

Toronto has a powerhouse team in the AHL, no doubt, but few teams win the Calder Cup without solid goaltending. The Marlies' other options will be Antoine Bibeau, whose numbers pale compared to Sparks's, and recent college free-agent signing Kasimir Kaskisuo, who played his first pro game on the weekend.

Part of the problem for the Leafs is they've burned all four of the post-trade-deadline recalls NHL teams are allowed. They can only bring up another goalie if there's an injury. Someone such as Alex Stalock, who Toronto acquired in the James Reimer trade with San Jose, feels like the perfect fit if the goal is simply to lose these meaningless games, but he's mired as the No. 3 (soon to be No. 4) in the minors.

So we're left with the coach's sink-or-swim philosophy with Sparks, which has been hard to watch some nights.

"We're all in the same boat," Mike Babcock said after Saturday's loss. "Every day in this league, you're making an impression, and you're telling people whether you should be playing or not playing. It can be a tough league. You've got to be mentally strong, and you've got to get ready for the next day."

Maybe the Leafs can rationalize playing Sparks right now because they don't view him as a top-end prospect and this is a last-gasp chance for him to prove them wrong? There is certainly plenty of research that shows goaltenders peak at younger ages than many in the game think and that, by this age, Sparks should be getting close to what he's going to be.

Or maybe the Leafs view the losing in the spotlight as the right message to him, one that conveys just how much better he needs to become?

Whatever the reasoning is, it doesn't sound like everyone in the organization is on board. Sparks has a reputation as a good kid and a hard worker whose style remains raw and who – despite his success with the Marlies – obviously needed work to succeed at the NHL level. He has come a long way since he was a seventh-round pick fewer than five years ago, and it's possible he is a late-bloomer.

But what's becoming more clear is whoever the Leafs' long-term goalie is going to be under Babcock, he is going to have to have an unshakable, resolute psyche. This is a coach who never minces words, and as he showed with Jonathan Bernier's struggles early in the year, he has little time for crises of confidence.

Play well or you're done. End of story.

The Leafs are still searching for their next test subject in that role. Even though Bernier is back on the rails, he is going to have some competition next season – if he's back at all – and there will be even less room for error.

After all, preaching patience only extends to the kids.

And sometimes not even then.

William Nylander needs to prove he’s got some big-league fight in him
March 31, 2016 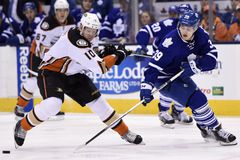 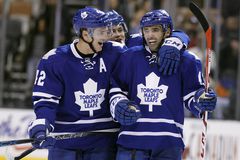 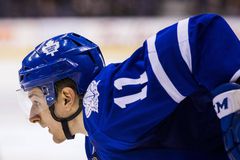