To the surprise of practically everyone in the room, NHL commissioner Gary Bettman wasn't quite the wet blanket that delegates to Wednesday's session of the World Hockey Summit might have imagined.

Instead, Bettman was quite playful during his 30-minute cameo appearance, teasing questioners, poking fun at IIHF president Rene Fasel, but most importantly, clarifying the NHL's position with regard to Olympic participation, which was the day's primary point of discussion.

Bettman stressed that he is not anti-Olympics and contrary to the general perception, the NHL hasn't said no to appearing in Sochi, Russia, where the 2014 Games will be played.

Bettman described going to the Olympics as a "mixed bag" from the NHL's perspective, noting: "It can be very, very good, but even when it's very, very good, there are some issues and problems.

"In Vancouver, where things were spectacular, on balance, that was a good experience. Our experience in places outside of North America ... tend to tip to the other side of the spectrum."

Bettman rarely strays off message when he speaks publicly about any issue, but he did slip a couple of interesting tidbits into the discussion Wednesday. For starters, on the matter of broadcasting rights, Bettman noted that a couple of potential bidders had privately told him they planned to submit two-tier bids for rights - one if the NHL participates, and a second lower bid if the International Olympic Committee cannot guarantee an NHL presence.

He also talked about the need to get some input into start times, saying that traditionally, Olympics based in Europe or Asia permit the host broadcasters to set the playing schedule. With the time difference between Sochi and the North American east coast, Bettman said he saw little value in participating if the games involving Canada and the U.S. are on at 4 a.m. EST.

"Perhaps most importantly, this is a decision that has to be made jointly with the players' association - and the timing of that, for a variety of reasons, doesn't lend itself for decision-making," said Bettman.

Bettman said he detected mixed sentiments among the 30 NHL clubs with regards to Olympic participation, saying the views range from some who think "it's a terrible idea" to others who believes it's important "no matter what the sacrifices.

"When the board gets together to decide this issue, it's going to be based on a very reasoned analysis. I never lose sight of the fact that international competition is important to our game. That's why something like 1,500 players from the NHL have participated in the world championships since 2000. So we take all of that into account."

Bettman touched on a few other topical matters, including a response to the comments made by Fasel one day earlier with regard to possible NHL expansion to Europe, a theoretical initiative that the IIHF president said he would vehemently oppose.

"If Rene wants to make headlines in North America, that's a good way to do it," said Bettman. "We've never had any discussions about expanding to Europe. We have the utmost respect for the structure of hockey in Europe, particularly the leagues.

"What's interesting is that Rene and others have tried us to induce us to come to Europe and help run the Champions League. On some basis, the IIHF would like us in Europe on some sort of structured way, but on their terms. His notion - 'over my dead body' - I hope he lives a long time, because nobody's looking to pick that fight right now with him."

Safety issues were a primary topic of discussion on the first day of the Summit. Last year, in response to several devastating hits that were previously considered legal, the league introduced a mid-season rule change to eliminate blind-side hits to the head. Bettman said the wording of the new rule came about after "experts looked at about 200 concussions and how they were caused.

"I think the rule change could reduce concussions by 50 per cent," said Bettman. "Are we ever going to get concussions completely out? Probably not as long as body contact remains an integral part of our sport." 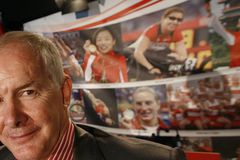 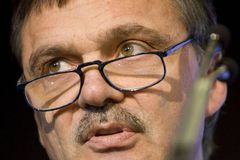 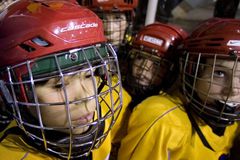 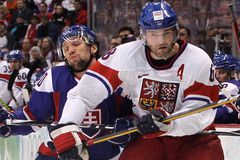