The Vancouver Canucks, facing arch rival San Jose Sharks on Thursday night, have recalibrated their power play, which this season again has produced among the fewest goals in the National Hockey League.

The new-look power play is led by a "quarterback," which evokes comments from coach John Tortorella in an interview with The Globe and Mail before the season began, an idea we will get to in a moment.

Viewers of the Vancouver game against Phoenix on Tuesday night have already seen the new first-unit power play in action, successful in their initial deployment. The Canucks have gone to four forwards, and one defenceman, the quarterback, a role played by Dan Hamhuis. The forwards are the Sedins, Ryan Kesler, and Alex Burrows.

The first unit previously was the twins and Kesler, with the big shots of D-men Alex Edler and Jason Garrison at the point. That configuration produced a lot of shots – but few goals.

In general, there is a strong correlation between shots taken at five-on-four and goals scored. Last year, the reason why the power play was feeble – ranked 22nd in the league and including a run of 11 games without a goal – was clear: the Canucks struggled to put pucks on the net. After several years at the top of the NHL in shots and goals, Vancouver slumped in 2013 to the bottom third.

The peculiarity this season was that the Canucks surged in shots – standing fourth in the league – but goals have not followed, with Vancouver ranked fifth-last, six goals in 17 games, a conversion rate of barely 10 per cent.

Perhaps it is no surprise that head coach Tortorella and assistants Mike Sullivan and Glen Gulutzan haven't found the right recipe, given the power plays on their former teams, New York Rangers and Dallas Stars, were both weak, struggling to generate shots and goals.

For Vancouver, the following chart, compiled with numbers assembled by stats.hockeyanalysis.com from nhl.com, illustrates the ebb and flow of the Canucks power-play potency.

He shoots and... doesn't score

The theory of Garrison and Edler at the point was that slap shots can produce easy-to-pounce-on rebounds, or get tipped, or occasionally go straight in. None of that was happening for Vancouver. You can blame luck and Tortorella had been saying he was happy with the power play – but after a while, the pressure to "do something" mounts.

So even as the old first unit managed one power play goal in the beating-up of the Toronto Maple Leafs last Saturday, the new look made its debut in Phoenix for this important four-game road trip through the southwestern United States against key division rivals. The new configuration clicked on its first attempt, about four minutes into the second period, putting the Canucks up 2-1 in a game they would eventually lose in a shootout.

Among the things the new look does is free up Kesler, instead of rooting in front of the net, a role that goes now goes to Burrows. A roving Kesler was the reason the Canucks connected in Phoenix. Burrows had the screen on Mike Smith, the Phoenix goalie, and Henrik Sedin delivered a cross-ice pass from his position along the boards to a wide-open Kesler, who had carried the puck in the zone, dropped it to Sedin, and then floated across the front of the net over to the top of the opposite faceoff circle. Kesler delivered an absolute zinger of a one-timer slap shot, rising and clinging off the back of the crossbar inside the net.

"Quarterback" Hamhuis had an erratic start this year but is now his usual top-tier self. Beyond his strong defending, he is feeling some offensive mojo, as he scored his third goal of the year in Phoenix, at even-strength, to tie the game at one.

Tortorella on Wednesday in Phoenix, where the Canucks practised, spoke about the power play being strong this year but "we haven't had the finish. A little change here will spark us," comments carried by the Vancouver Province.

"As far as quarterbacking and settling it down and getting the middle of the ice – which is very important for a power play – [Hamhuis is] one of our best," said the coach. "He's really helped us in getting it set up and puck control."

With San Jose up tonight and Los Angeles and Anaheim on the weekend, a more-potent power play is key. San Jose had beaten Vancouver 11 consecutive times and has not lost at home this year.

Tortorella, in an interview with The Globe on Sept. 6, spoke of the importance of a power play quarterback, and why his work in New York produced a man-advantage that was in the bottom third of the NHL in 2011-12 and 2013.

"One of the biggest struggles we had, we needed a power play quarterback," said Tortorella. They tried young defenceman Michael Del Zotto and veteran scorer Brad Richards. Nothing really worked.

"We just didn't have a settling influence," continued Tortorella.

"The power play is a fickle thing. We had it going really well for a while and then it just died on us. It was both parties, coaching and players, I felt in New York. I felt both parties deserve the credit of it not working." 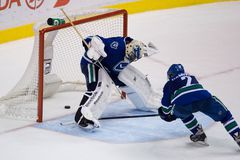 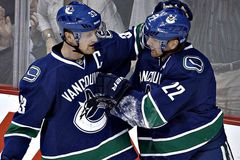 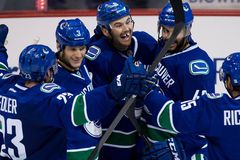 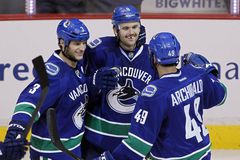 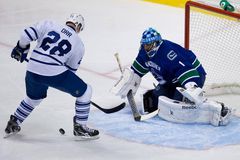 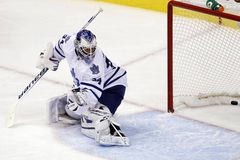