If the call had been made in a vacuum – or a meaningless regular season game between, say, the New Jersey Devils and Los Angeles Kings – it wouldn't have faced all that much scrutiny.

But when referees Chris Rooney and Dan O'Rourke gave Devils winger Steve Bernier a five minute major early in Game 6 of the Stanley Cup finals on Monday night, there was the potential for it to be a series-changing call.

Despite struggling on the man advantage all postseason, the Kings scored three goals in the five minutes and the Devils were clearly deflated/frustrated and basically out of what became a 6-1 loss by the 15-minute mark.

Had Los Angeles come up empty on that lengthy power play, Bernier's hit would likely be long forgotten in the aftermath of the game.

But the nature of how things played out means it will now be analyzed and YouTubed ad nauseum in the days to come. Even while the game was ongoing there were plenty of pundits and fans charging that Kings defenceman Rob Scuderi had turned into the hit, with some even arguing that that should negate all culpability for the oncoming forward.

The reality is, however, that Scuderi had his back to Bernier much of the play and turned to move the puck along the boards towards a nearby teammate – not draw a penalty – in the kind of split second play that occurs dozens of times in every game.

It's also the type of play the league showcased at the GM meetings as one where more and more players had been "letting up" rather than plowing a vulnerable opponent from behind.

The NHL, in other words, wants these hits out of the game and has gone to considerable lengths to educate players through videos about what they will call (and, in some cases, suspend for).

Bernier apparently didn't get that memo – and he and his teammates unfortunately had to pay about as high a price as a team can for a bad hit.

(The whole scenario is also clouded by the fact the officials missed a potential interference or boarding minor on Jarret Stoll on the same shift, even if there's no argument there should have been a major called there.)

The easy call here for the officials would be to copout and give out only a minor, as boarding is a penalty where a lot is left up to the officials' discretion and the most damage the Kings would be able to do is score one goal.

But watering down every major to a minor when the games become more important is a poor precedent to set for a league that's done a nice job of getting away from the silly stuff and suspension watch over the past couple of weeks.

(It's also worth noting Scuderi was hurt on the play and missed a half period as he went through concussion protocols before returning for the second.)

For all the complaints that the whistles go away in the postseason, you have to credit the refs when, in the toughest of circumstances, they make the hard call over the easy one.

In this case, it was the right one – even if it was the deciding factor in the game. 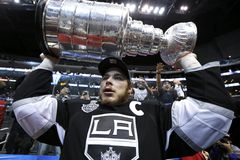 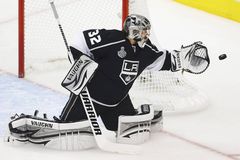