There is a curious unwillingness among NHL players and coaches to speak of luck as a factor in the game. Luck cannot be predicted, luck cannot be quantified and luck cannot be analyzed, and so – in an era that's all about systems and analysis and the idea that you can make your own luck – random chance is an easy thing to dismiss.

But Tampa Bay Lightning coach Jon Cooper was speaking of luck Wednesday, even though he didn't use the word directly, when he talked about how the Chicago Blackhawks managed their 2-1 victory, which tied the Stanley Cup final at two games each.

Cooper noted how both Chicago goals involved good bounces. While conceding the Blackhawks worked hard to get their breaks and then to capitalize on them, his team had "some unbelievable open looks that hit a stick, hit something [and] didn't go in. That's what you've got to love about this sport – you never know what's going to happen."

No, you absolutely never do – and if anything, it is more unpredictable this year than ever. According to the NHL, the first four games of the 2015 final have been decided by a single goal for just the third time in history and the first since 1968.

All four games have been tied or within one goal entering the final five minutes of regulation. By next Wednesday, one team will be lifting the Stanley Cup – and it is safe to say the difference in such a tight series, with so little to distinguish one team from the other, could be pure simple luck – good or bad.

"It's really tough for either team to separate themselves from the other in any of these games, which makes for entertaining hockey," Blackhawks' captain Jonathan Toews said Thursday. "It's just going to come down to who wants it more and who's going to fight and work for those bounces. I think both teams feel pretty confident it's going to go their way."

It was a peaceful morning at the United Center, no one practising because of the two days off between games. The ice was covered up, the rock band Rush was scheduled to play a concert later in the evening, and the Blackhawks were enjoying the chance to rest and regroup.

No one wanted to acknowledge, speak of or otherwise concede that fatigue could be a factor now that both teams are in their ninth month of work, though the Blackhawks didn't look nearly as crisp Wednesday as they had earlier in the playoffs.

The Blackhawks' Duncan Keith logged another 29-plus minutes Wednesday and his total ice time in these playoffs, 655 minutes 55 seconds, is nearly 82 minutes ahead of the next closest player, Tampa's Victor Hedman, at 574:02. Keith generates so much offence from defence, but he looks as though he's trying to play within himself more than he did in the previous round.

Logically, if anybody can make the difference offensively, it'll be either Chicago's Patrick Kane or Tampa's Steven Stamkos, two freakishly talented scorers who've been quiet in the final, and not getting any of those aforementioned bounces.

But this series – and these small margins – is the absolute extension of the parity Commissioner Gary Bettman envisioned when he introduced the salary cap in 2004-05. There are no great teams any more, just a lot of very good ones, all of them using the same formula, two scoring lines, two speedy support lines, three mobile defencemen and goaltending that doesn't cost you games.

Teams are getting younger, in part because younger legs stand up to the length of the season better. Both Tampa and Chicago made great escapes earlier in the playoffs, but realistically, a dozen other teams could be in the same position, just days away from a championship, if their luck had been a little different.

"It's fast, it's quick, it can be unpredictable, but it's two good hockey teams going at it," assessed Chicago coach Joel Quenneville. "It'll be a great save, a great play, a fluky goal, but I know both teams will leave it out there – and I know our team loves a challenge."

Mirtle: Lightning-Blackhawks shaping up to be best Cup final in ages
June 11, 2015 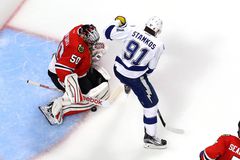 Saad nets winner as Blackhawks even Cup final with win over Lightning
June 10, 2015 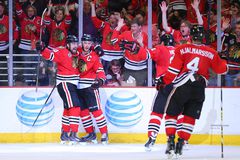 Blackhawks say they’re comfortable with backs against the wall
June 9, 2015 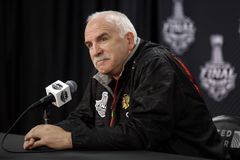 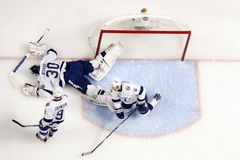 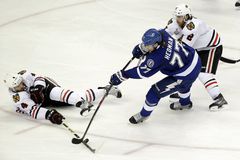