If you ask me, there are really three different kinds of teams in the NHL under the salary cap and this CBA.

There are those that spend, mainly with an eye on contending for the Stanley Cup.

There are those that don't spend, at least in part in order to get revenue sharing.

And then there are six or seven teams in the middle, usually trying to get to the point where they can join Group No. 1.

The basics behind how the league's CBA works is that teams that spend under what's called the cap midpoint (and that aren't in really big markets) are eligible for revenue sharing. The midpoint is set at $8-million under the cap, meaning this season it's $56.3-million.

Another $8-million below that is the salary floor.

Most of the teams that are successful in the NHL these days are like the ones left in these playoffs: the New York Rangers, New Jersey Devils and Los Angeles Kings.

They're in larger markets, they spend big and don't really concern themselves with the floor or the midpoint. (There are obviously exceptions, which I'll get into later.)

But every team that has won the Stanley Cup since the salary cap came in has been a cap team, going back to when the ceiling was just $39-million and even the Carolina Hurricanes didn't mind spending that high (they were about $3.5-million under).

The past three years, with the cap skyrocketing, it's really only been bigger market teams that have been able to spend.

Breaking teams into those three groups I mentioned above, here's where they fit based on the last three seasons (in order of cap dollars spent):

For the most part, the teams in the top group do very well, year after year. The last three seasons, they've averaged 98.2 points a season and a total of 13.5 playoff wins.

Compare that with those in the midlevel or low level group, who have averaged 86.5 points a season and a total of just 4.25 playoff wins.

There are exceptions in there, of course.

The Leafs are a big one, as they have averaged less than 80 points a season while spending $173-million on salaries (13th highest). Montreal and Calgary also have been worse than the league average of 92 points while spending at or near the cap every year.

And Edmonton and Columbus have posted two of the worst records in the league despite spending money in the midrange the last three years.

Meanwhile, on the low end, there are two success stories. Both the Predators and Coyotes have averaged 101 points a season while spending less than $150-million (ranking them 25th and 26th in spending).

On balance, however, it's those teams at the top winning, especially in the playoffs.

That's not always simply because they spend more either. Many of the teams on the low end have been poorly managed, have ownership issues and low attendance and will have a tough time moving up the spending chart (depending on how the new CBA functions).

But it's worth pointing out how big of a difference that $16-million gap between the floor and the ceiling seems to make.

Below is a chart of all 30 teams based on their average point totals and total spending over the past three years.

To pick out a few outliers: On the far left are the Islanders, who spend little, and at the very bottom are the Oilers, who rarely win. And the very top right are the Canucks, who are making Canadian NHL teams respectable all on their own.

The data in the chart below is available for viewing here. 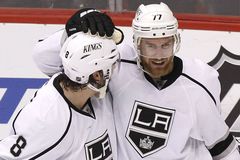 Why regular season success still matters in the NHL
May 8, 2012 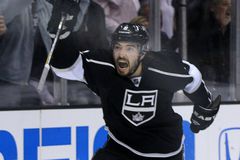 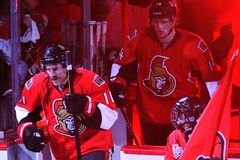