Donald Fehr hopes the labour negotiations with the NHL end quickly with a new collective agreement but that is all the executive director of the NHL Players' Association cared to speculate about heading into the first meeting with the league.

"I'm often asked, 'What do you expect?' " Fehr said Wednesday. "I've learned something and that is I'm really bad at predictions so it doesn't make sense to try that."

The NHLPA concluded three days of meetings in Chicago on Wednesday by announcing it's bargaining committee. Thirty-one NHL players were selected and the committee is a cross-section of its 725 members, from named to it, from 21-year-old John Tavares, who just finished his third NHL season, to Adrian Aucoin of the Phoenix Coyotes, who will turn 39 next week.

This group represents a new wave for the union, as none of the members of the bargaining committee were directly involved in the contentious labour negotiations that surrounded the last agreement, which saw the 2004-05 season lost to a lockout.

There is a liberal sprinkling of Ivy League grads on the committee, headed by George Parros of the Anaheim Ducks, who has an economics degree from Princeton University. There are a couple of Harvard products – Dominic Moore of the San Jose Sharks and Craig Adams of the Pittsburgh Penguins – and another Princeton alumnus, Kevin Westgarth of the Los Angeles Kings.

Fehr was asked many questions about what he sees as the major issues in the talks, which are expected to open on Friday in New York, and where the players stand on them. But his standard response was that he does not talk about internal union discussions and he will not discuss the issues until the league is apprised of the union's position on them.

"As I've said before and will undoubtedly say again, I don't discuss conversations I've had with players other than with other players," he said. "I work for them, not the other way around."

One thing that will be different this time is that the players will be more involved in the negotiations. Many players complained after the lockout that former NHLPA executive director Bob Goodenow did not always keep them abreast of the union's position. For example, many players found out the union offered the owners a 24-per-cent salary rollback for all players when it was announced publicly.

Fehr said any player is welcome at any negotiating session and the union will pay for the airfare and hotels of those who decide to attend. The bargaining committee may also be expanded as Fehr said there could be a changing cast of players involved in the talks, although he does not expect every member of the committee to attend every session. He thinks around 10 members will take part in the first talks on Friday.

Despite the fact the NHL announced it set a record for revenue for the seventh consecutive year, hitting $3.3-billion for the 2011-12 season, the owners are expected to demand the players lower their share of the NHL's hockey-related revenue from the current 57 per cent to 50 per cent or less. The owners complain too many teams are still losing money, while the NHLPA is expected to tell them to adjust their revenue-sharing to make the economics more equitable for the small-revenue teams.

Fehr does not expect any major developments at the first meeting with NHL commissioner Gary Bettman and the owners on Friday. He thinks much of the session may be concerned with coming "to a common understanding of common facts" rather than stating their positions on the major issues.

In all, 19 NHL teams are represented here, with Boston, Calgary, Carolina, Colorado, Edmonton, Florida, Minnesota, New Jersey, Tampa Bay, Toronto and Washington the ones without a player on the committee.

Twelve players listed do not have a contract and are scheduled to become unrestricted free agents at noon on Sunday: Aucoin, Auld, Biron, Boyes, Campoli, Doan, Fedotenko, Langenbrunner, Moore, Morrison, Parros and Winnik.

There are also only three European players in the group: Fedotenko, Murray and Zetterberg. 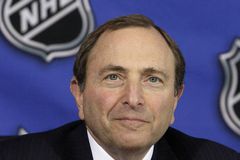 NHLPA draws line in the dirt ahead of contract talks
June 25, 2012 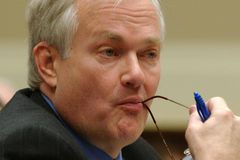 Follow David Shoalts and James Mirtle on Twitter @dshoalts @mirtle
Report an error
Due to technical reasons, we have temporarily removed commenting from our articles. We hope to have this fixed soon. Thank you for your patience. If you are looking to give feedback on our new site, please send it along to feedback@globeandmail.com. If you want to write a letter to the editor, please forward to letters@globeandmail.com.
Comments